Beşiktaş only a week away from clinching Süper Lig title 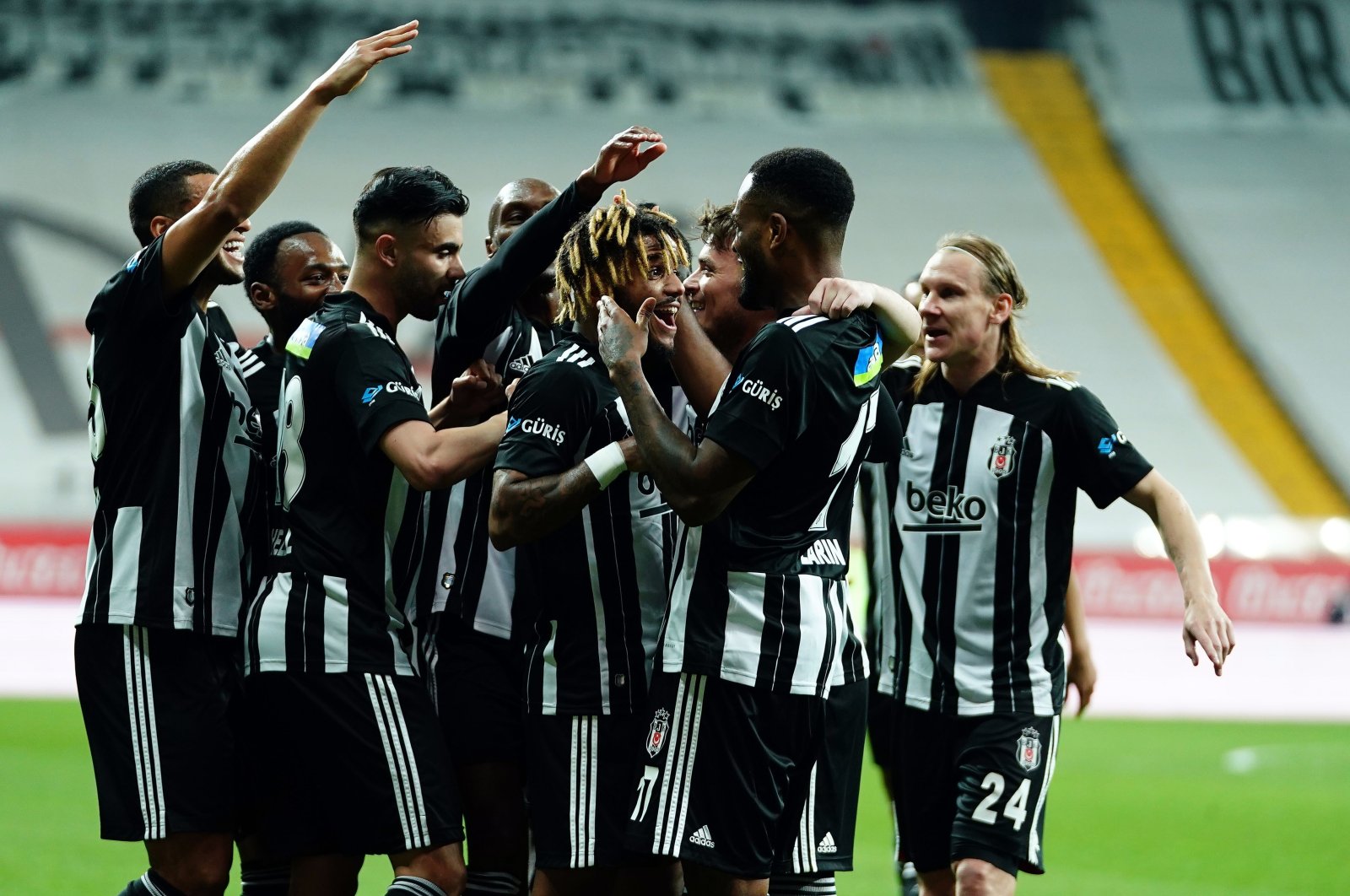 Beşiktaş players celebrate a goal against Hatayspor during a Turkish Süper Lig match in Istanbul, Turkey, May 2, 2021. (IHA Photo)
by ARDA ALAN IŞIK May 03, 2021 12:05 pm
RECOMMENDED

Last week did not actually begin so well for the Black Eagles as many received manager Sergen Yalçın’s unnecessarily aggressive tone against rival Hatayspor negatively. Yalçın “accused” Hatayspor manager Ömer Erdoğan of being “suspiciously” eager to beat Beşiktaş and vowed to respond to that on Saturday.

But in a total show of force, Beşiktaş simply overwhelmed Hatayspor with a 7-0 defeat. It was already 3-0 in the first 15 minutes of the game. Playing a must-win game against one of the most dangerous counterattacking teams in the league, Beşiktaş finished the first half 5-0, a shocking result for everyone watching the game.

Of course, the result does not justify Yalçın’s comments, but it shows how capable Beşiktaş actually is. Yalçın said Beşiktaş is going to dominate the game and while many people expected them to stumble, Beşiktaş players gave Hatayspor no chance.

The Istanbul giants had 62% ball possession and 17 shots on goal, of which 13 were on target. And all that against an opponent that has caused problems for the big three almost every game this season. But, Beşiktaş shut down all possibilities for counterattacks from the first whistle.

The psychological effect of the game was so strong that many Fenerbahçe and Galatasaray fans on social media started congratulating Beşiktaş fans. Even though there are three more weeks left in the Turkish Süper Lig, there is consensus for the first time this season that Beşiktaş is going to be the champions.

And rightly so: If Beşiktaş manages to get four points in its last three games, it will not matter what its opponents will do. One more victory and one more draw will be enough for Yalçın’s men to clinch their 16th league title.

Galatasaray, however, is clearly not intimidated by Beşiktaş’s glorious victory as Fatih Terim’s team picked up a crucial victory against Gençlerbirliği in Ankara, pushing it deep into the relegation zone.

With the win, Terim has kept his team in the title race, raised hopes of beating Beşiktaş next week and drag the Black Eagles into a late crisis.

Indeed, only a catastrophic defeat on May 8 could lead Beşiktaş to lose points in the following weeks, something both Fenerbahçe and Galatasaray are desperately counting on.

If Terim can deal Beşiktaş a knockout blow next week, his legacy of late comebacks and ability to spread fear can actually create another miracle for Galatasaray.

Nevertheless, it must be noted that this is very less likely to happen. Although Beşiktaş was close to experiencing a moral breakdown after losing to Kasımpaşa or playing out a draw against Fenerbahçe, that never happened.

Manager Yalçın’s carefree and cheerful attitude is definitely affecting his team. In case of a defeat in the derby against Galatasaray, I do not think Beşiktaş players would consider it a big failure. That is exactly why Terim needs to come up with something very special. Otherwise, Beşiktaş is only steps away from lifting the trophy.