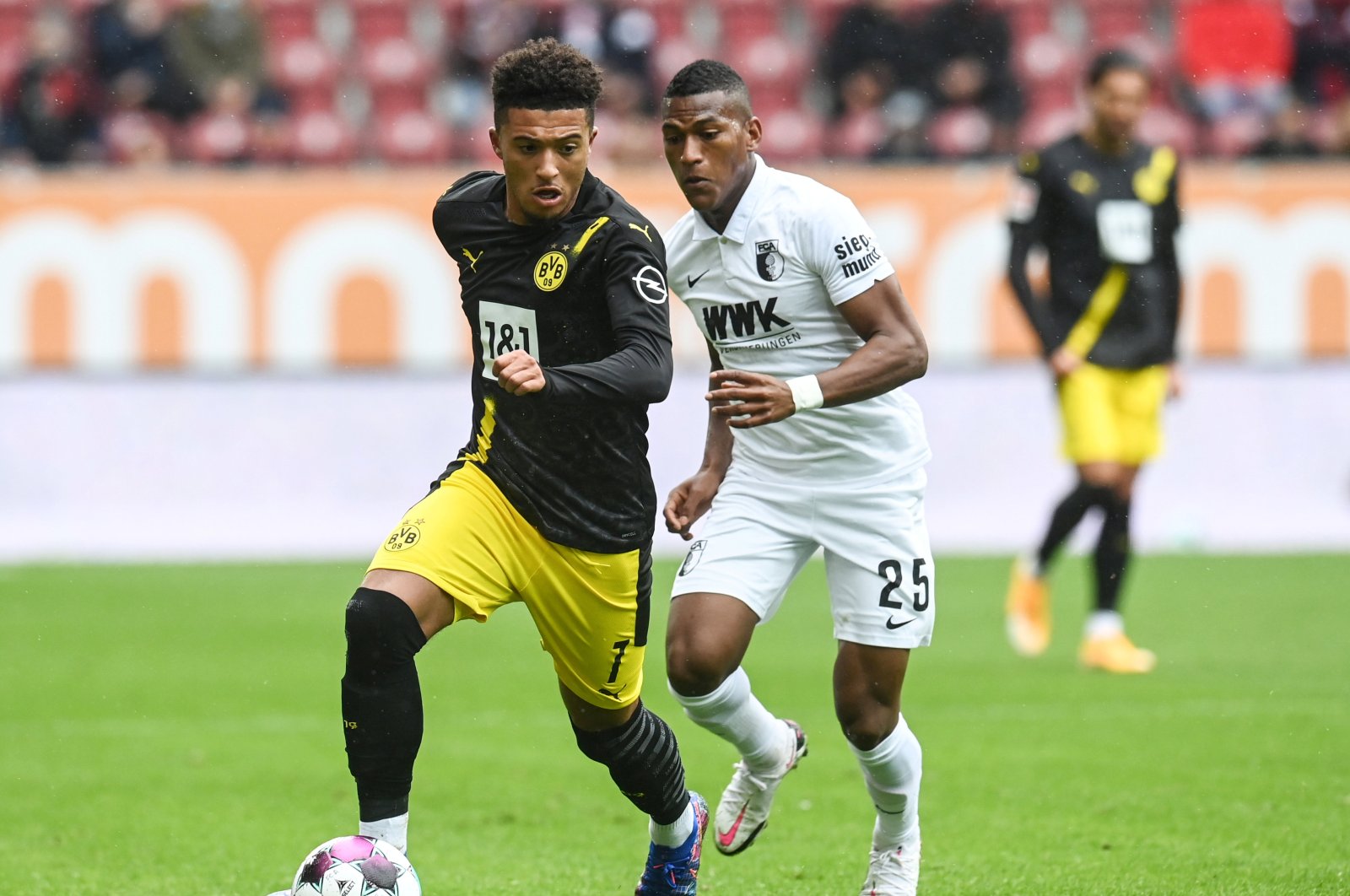 Manchester United's first formal bid to bring Jadon Sancho back to the Premier League worth up to 100 million euros ($117 million) has been rejected by Borussia Dortmund, Sky Sports reported Tuesday.

Sancho, 20, has been a long-term transfer target for United as they look to build on finishing third in the Premier League last season and reaching the semi-finals of the Europa League, FA Cup and League Cup.

The England international joined Dortmund from Manchester City for a reported 10 million euros three years ago, but has shone in the Bundesliga to become one of European football's brightest talents.

The German giants have insisted that Sancho will remain in the Bundesliga for another season after United failed to agree a deal by Dortmund's deadline of Aug. 10.

Sebastian Kehl, head of Dortmund's player department, said after Sancho scored in a 5-0 German Cup win at Duisburg earlier this month: "Jadon Sancho will play for Dortmund this season."

Sancho has started Dortmund's opening three games of the campaign, but has not travelled with the squad for Wednesday's clash with Bayern Munich in the German Super Cup due to a "respiratory infection," the club said Tuesday.

The winger scored 20 goals and provided 20 assists in all competitions last season and Dortmund captain Marco Reus is looking forward to him staying for another season.

"We all were happy that he will be with us for one more year because he delivers assists and goals, so we get points," Reus told Sky Germany.

"If he gets as big as (Lionel) Messi or (Cristiano) Ronaldo, we will see. He needs time, experience and it will be important how he manages the times when things don't go so well. But he has the confidence and the quality."

United have faced criticism from fans for not spending more in the transfer market as their Premier League rivals have strengthened.

Dutch international midfielder Donny Van de Beek, who arrived for 40 million euros from Ajax, is United's only signing of the window so far.

Ole Gunnar Solskjaer's men have also suffered a poor start to the season, losing 3-1 at home to Crystal Palace and needing a 100th-minute penalty to beat Brighton 3-2 in their opening Premier League games.