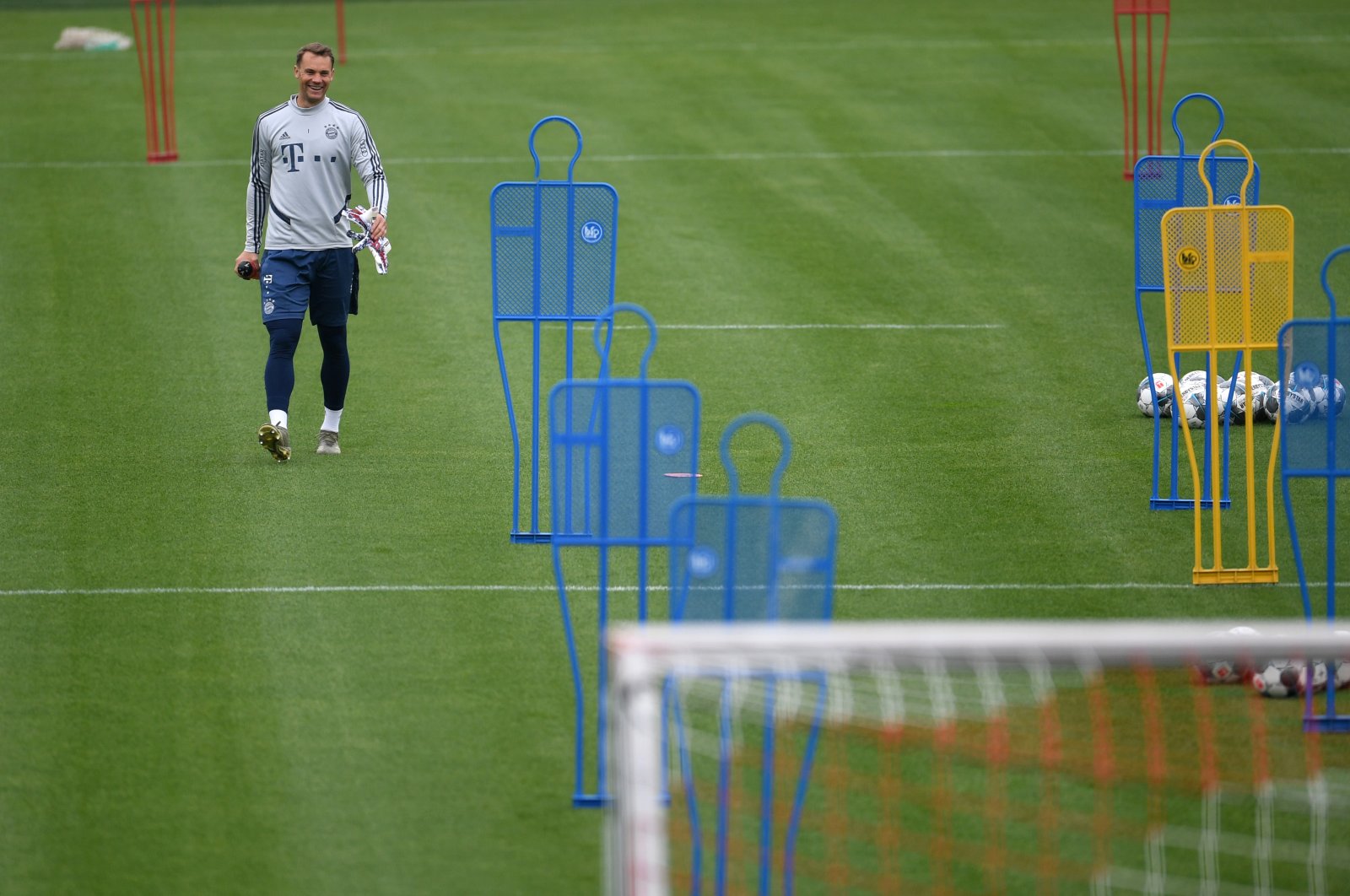 A key German government meeting on Wednesday could set the stage for a Bundesliga restart. But questions remain over whether the league can really resume behind closed doors amid the coronavirus pandemic

Germany's football Bundesliga is among various businesses in the country hoping for an easing of coronavirus-related restrictions on Wednesday – but getting by far the most attention.
Chancellor Angela Merkel and the premiers of the 16 federal states come together for a key video meeting which could give the green light for a top-flight and second-tier restart later in May.
But 10 positive cases in a first round of testing at clubs have however raised questions over whether completing the last nine rounds behind closed doors is really possible, even though no further positives came in a second round of testing.
Hertha Berlin suspended attacker Salomon Kalou after he posted a – later hastily deleted – Facebook video showing himself and other players seemingly ignoring hygiene rules relating to the coronavirus.
"With his video of the dressing room, Salomon Kalou broke fundamental team rules and showed behavior that is neither appropriate for the situation nor representative of the behavioral rules of the club," Hertha said in a statement published on its website.
The debate lingers over whether high-paid footballers should be allowed to carry out their contact-intense profession while the likes of bars and restaurants are likely to remain closed for longer.
"I think it is socially fatal, even devastating, should play take place again. Preferential treatment for a proportionally small and already privileged group would be the wrong signal at the moment," the former head of Germany's ethics council, Peter Dabrock, told the Nuernberger Nachrichten newspaper.
"The willingness to accept restrictions and show solidarity could be seriously damaged by the Bundesliga start," he warned.
Germany is yearning for a further easing of restrictions even though domestic lockdown measures were not as strict as in Italy, France or Spain, but even some groups of ultra fans have been skeptical about whether it is wise to play again.
But politicians led by interior minister Horst Seehofer, responsible for sport, have sent signals that a restart could be possible behind closed doors from later in the month onward – if the nod comes on Wednesday.
"I consider the timetable of the DFL plausible and support a restart in May," Seehofer told the Bild am Sonntag Sunday paper. "But it is also clear for me that there can't be any privileges for the Bundesliga."
A task force by the German Football League (DFL) and German Football Federation (DFB) has worked out a detailed manual on how training and matches would take place in an environment as safe as possible and with frequent testing.
Team training is to resume in earnest for most clubs once approval comes on Wednesday, and the likeliest resumption date appears to be May 23.
While the task force manual has been widely praised for its details, the 10 positive tests – including two players and a physiotherapist at Cologne – have led to new concerns and prompted the DFL to reiterate that clubs should not release test results on their own.
However, task force chief Tim Meyer said after the Cologne announcement that the positive results were somewhat expected given the large number of tests at the 36 clubs (1,724 in the first round) – and that the key measure was quickly isolating those people to allow training and then matches to continue.
Meyer has always said there will never be 100% safety but that they rather aim at "achieving a medically justifiable risk with a bundle of measures."
Meyer said it would take up to five weeks to see if the system really worked but also acknowledged that things could go wrong at any time.
"If there are too many positive cases, this system can certainly falter," the DFB chief medical officer Meyer said, urging strict discipline from everyone to make things work.
The German players' union VDV has said many players are still informing themselves about the possible health risks of a restart and that they are trying to ease their fears and look for individual solutions with clubs.
"The players still want to play, provided that this is justifiable from a health point of view. Clubs and the authorities are responsible for this," VDV managing director Ulf Baranowsky told German Press Agency (DPA).
DFL chief Christian Seifert is well aware that parts of society are very skeptical about a restart, even though hundreds of millions of euros would be lost and some clubs face bankruptcy if the season has to be abandoned.
Financial struggles have also led to a debate about big spending in the league with no safety nets, and Seifert has pledged that this issue will be looked at beyond COVID-19.
"We will definitely take a lot from this situation and will think hard about what the economic, but perhaps also the fundamental values of the Bundesliga will look like in the future," Seifert said.
However, Seifert has also said that if no restart is possible then "the Bundesliga would at some stage be collateral damage of this coronavirus crisis."
But football is just one hard-hit area Merkel and the premiers must discuss Wednesday, with further school openings among other items on the agenda which may be even more pressing.