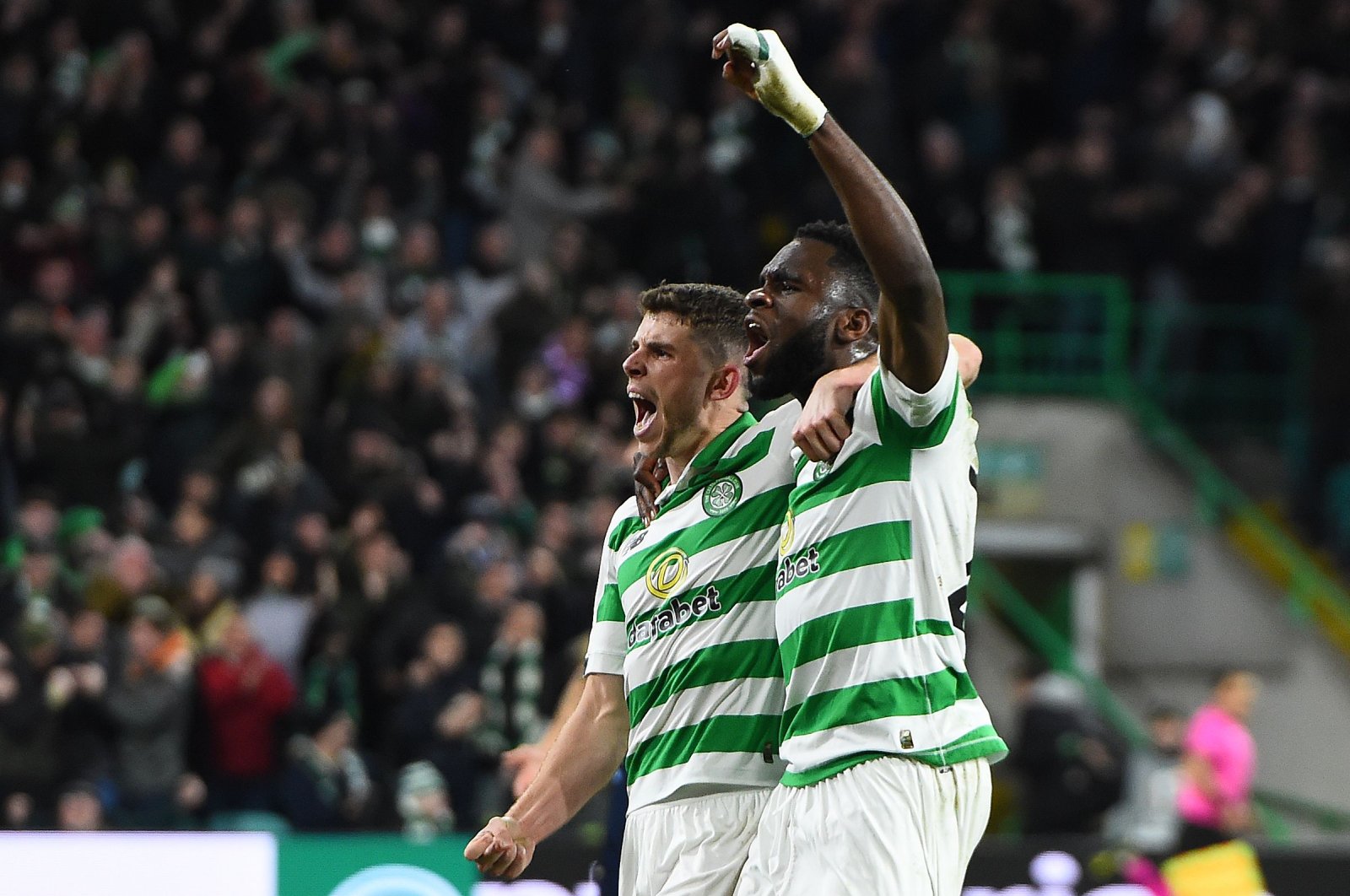 The coronavirus outbreak may have robbed them of the taste of victory on the pitch, but Celtic has enough to celebrate with a ninth consecutive win over Scottish football, as the league is declared over

Celtic's grip on Scottish football remains unbreakable after a ninth consecutive league title was confirmed on Monday even though they have not kicked a ball for two months.
Nine in a row is a landmark staging post in Scottish football. Only twice has it been achieved before, once on either side of the Glasgow divide — by Celtic and Rangers.
But Celtic's feat in matching those historic achievements feels like an anti-climax after the coronavirus lockdown deprived them of the chance to win it on the pitch.
"They are the ones who have lost out the most in terms of the opportunity to play in front of the supporters, going for nine in a row," said Celtic manager Neil Lennon of his players. "I feel so sorry for them."
Scottish league chiefs on Monday declared the season over, drawing a line under a bitter squabble over how to finish the campaign.
Rangers failed to gain sufficient support among the other 41 league clubs for an independent inquiry into the controversial vote that allowed the season to be called on a points-per-game basis.
Many clubs were unhappy at the Scottish Professional Football League's insistence that the final installment of prize money worth 7 million pounds ($8.5 million) could only be distributed once the leagues were declared over.
But as the shutdown stretched into its third month, there has also been a growing acceptance that the season could not be completed on the pitch.

Celtic was 13 points clear at the top of the table when matches were halted, after storming ahead as Rangers faltered following the winter break.
"We have scored 89 goals, conceded just 19 and established a commanding 13-point lead at the top of the table. We are champions for a reason," Celtic said in a statement.
Rangers fans will claim this title will always come with an asterisk attached. But for the blue half of the Glasgow divide, their focus must now be on stopping their rivals reaching the holy grail of 10 in a row next season.
Celtic's European Cup-winning side was unstoppable from 1965 to 1974, while Rangers' investment in a stellar cast of stars was rewarded from 1988 to 1997. For all those sides achieved, neither managed a full decade of dominance.
However, doubt remains over when the 2020/2021 season can even start and what the Scottish football landscape will look like.
According to UEFA's latest Club Licensing Benchmark report, gate receipts provide 43% of revenue for the 12 clubs in the Scottish Premiership, by far the highest proportion in Europe's top 20 leagues.
If a large portion of the season were played behind closed doors, that would hit Scottish clubs particularly hard.
Celtic is best set up to be able to ride out the economic storm, with their latest accounts showing cash reserves of 33 million pounds.
Rangers admitted in November to needing 10 million pounds in funding to see them through to the end of the season before the consequences of the pandemic were known.
Aberdeen chairman Dave Cormack has warned his club are burning through 1 million pounds a month and the Dons' turnover from the 2018/19 season was just under 16 million pounds, compared with Celtic's 83 million pounds.
Premiership clubs' desire not to jeopardize a new television contract with Sky that starts next season played a part in ending the season early.
However, even an improved deal is reportedly worth just 26 million pounds a season.
"Our middle-ranking Scottish Premiership club might get four times the money through the gate as it does through its TV contract, so the economics (of closed-doors games) don't work in Scotland," Scottish Football Association chairman Rod Petrie told the BBC.
Finance experts Begbies Traynor have predicted insolvencies among the hardest-hit clubs as "inevitable."
Celtic may be champions again, but there is little else that is business as usual for the Scottish game.