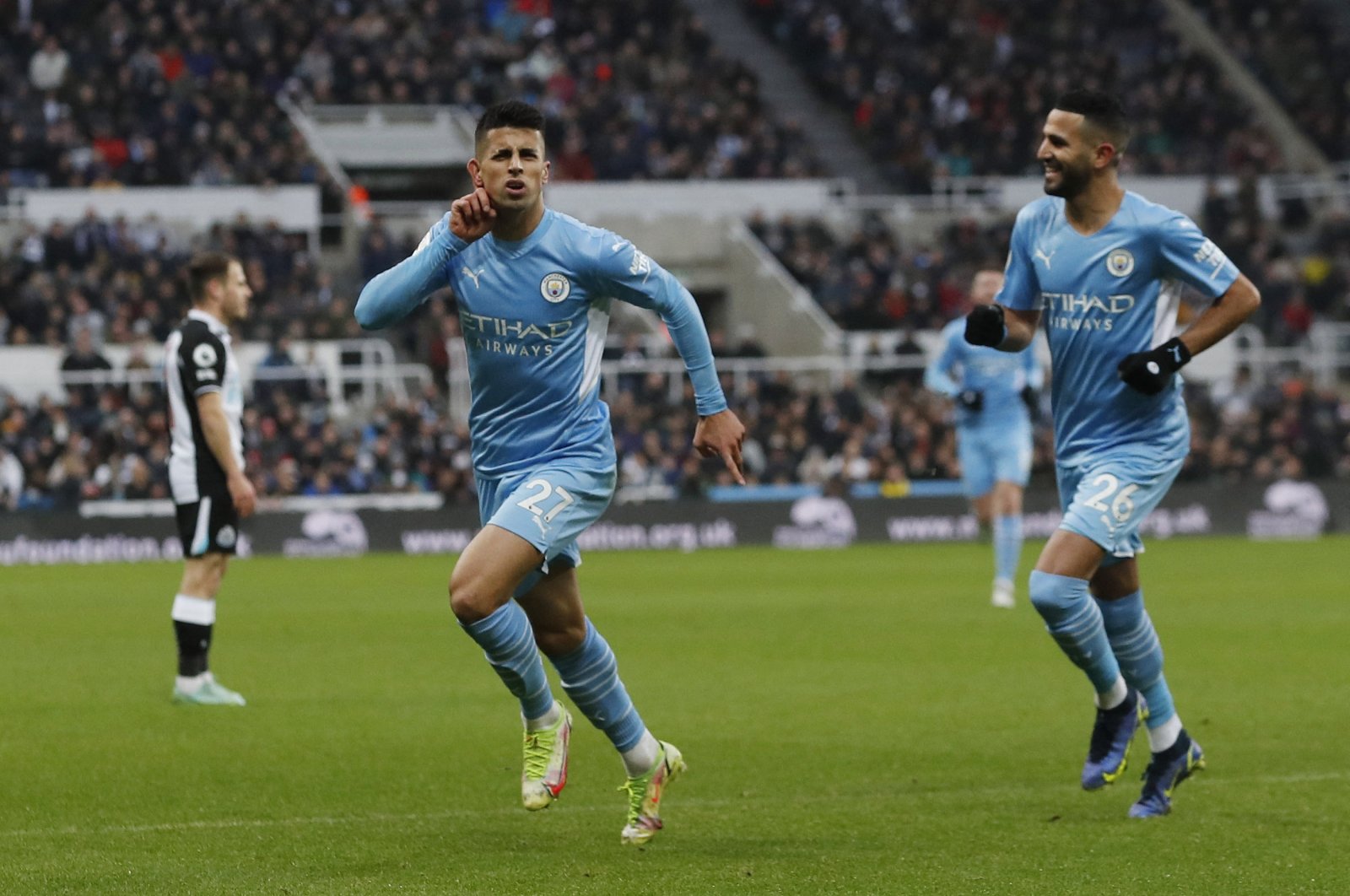 Premier League champion Manchester City further extended its lead at the top after Thomas Tuchel's COVID-depleted Chelsea was held by Wolves and Tottenham frustrated a 10-man Liverpool on Sunday.

Tuchel criticized the Premier League for putting his coronavirus-hit Chelsea side at "huge risk" by forcing them to play Sunday.

Chelsea drew 0-0 at Molineux while City eased to a 4-0 away win before Tottenham held 10-man Liverpool to a 2-2 draw, denting the Reds' title hopes.

But the action on the pitch was overshadowed by Britain's worsening COVID-19 crisis, with just four games played in total out of 10 originally scheduled.

Premier League clubs will meet Monday to discuss what action to take over the chaos, with growing questions over the integrity of the competition as the busy festive period looms.

The Athletic reported that clubs would discuss whether to postpone an entire round of fixtures on Dec. 28, 29 and 30 in an attempt to ease the pressure.

Chelsea, who had its request for a postponement rejected, could only field 14 outfield players in its matchday squad on Sunday, with N'Golo Kante, Mateo Kovacic and Trevoh Chalobah all featuring despite struggling for match fitness.

"We were put in a huge risk of health and safety to the players, not just because of COVID but also physically," said an angry Tuchel, whose side mustered just one shot on target.

Tuchel, whose stuttering team is now six points behind leader City, said he did not know what would happen with Chelsea's fixtures against Brentford in the League Cup and Aston Villa in the coming week.

"I've got no idea what happens now," he said. "We had an idea (on Saturday evening) what's going to happen, but then that didn't happen."

Defending champion City crushed relegation-threatened Newcastle to confirm its position at the top of the table at Christmas.

Eddie Howe's side shot themselves in the foot in just the fifth minute, when Ciaran Clark inexplicably chose not to make a simple headed clearance and Ruben Dias nodded the loose ball into the net.

Newcastle briefly rallied but City silenced St. James' Park shortly before the half-hour, when Joao Cancelo smashed a right-footed shot past Martin Dubravka from the edge of the area.

City maintained its firm grip in the second half, with Riyad Mahrez and Raheem Sterling on the scoresheet to ensure an eighth consecutive league win.

It was City's 34th league victory of 2021, establishing a new record for the most top-flight wins by a team in a calendar year.

It finished the weekend three points clear of second-placed Liverpool.

Liverpool's preparations for its visit to Spurs were hit after midfielder Thiago Alcantara became the latest of Jurgen Klopp's players to return a suspected positive test for COVID-19.

Harry Kane gave Spurs an early lead and was then fortunate to escape a red card for a two-footed tackle on Andy Robertson.

Diogo Jota equalized in the 35th minute against the wasteful hosts and Robertson stooped to head Liverpool into the lead midway through the second half.

Tottenham was level five minutes later when Son Heung-Min made the most of a failed effort by Liverpool goalkeeper Alisson Becker to clear, steering the ball into an empty net.

Moments later Robertson was sent off for a wild tackle on Emerson Royal following a video assistant referee (VAR) review but Liverpool held on to earn a point.

Klopp said it was impossible to continue as normal in the current situation, flagging the impossibility of his side playing league games on Dec. 26 and 28 as scheduled.

"There's a big thing that we all have to talk about, can we carry on or not," he told Sky Sports. "But if we carry on we cannot just carry on like usual and think 'let's have a look at who can play and who cannot play.'"

"It's maybe not fair if some teams lose players and other teams don't lose players," Klopp added. "It's a bit of a lottery. We try everything we can but then you have to be lucky."