Champions League final may be moved from Istanbul to Portugal, reports say 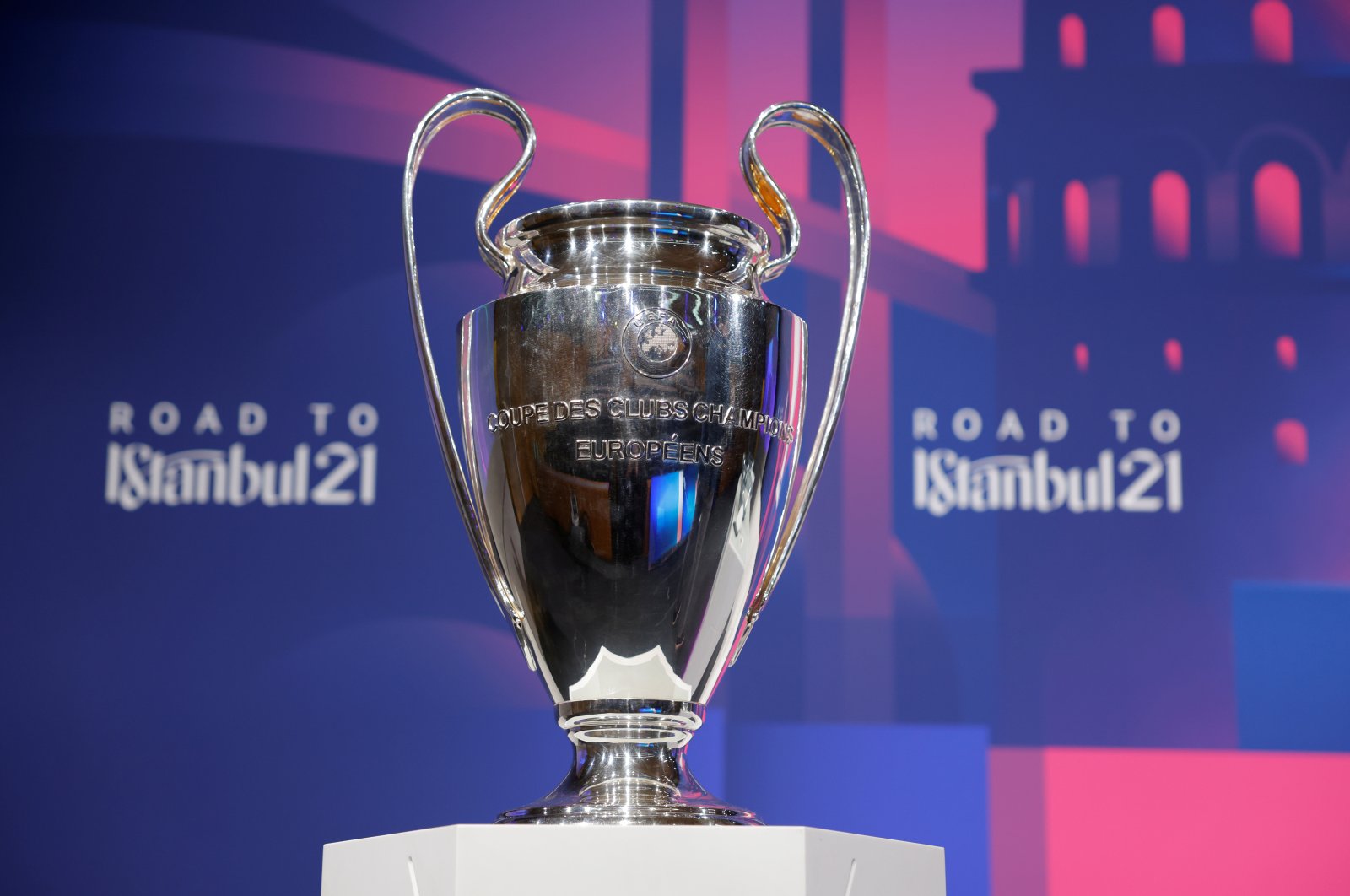 The Champions League trophy on display at UEFA headquarters in Nyon, Switzerland, March 19, 2021. (Reuters Photo)
by Agencies May 11, 2021 1:34 pm
RECOMMENDED

European football body UEFA could move this year's Champions League final in Istanbul to Portugal, according to multiple reports Monday.

Complications with moving the all-English final to London's Wembley stadium have led to Porto emerging as a new option for the May 29 clash between Manchester City and Chelsea, reported Reuters.

The organizers have been in talks with the U.K. government and Football Association (FA) aimed at moving the final to Wembley after Turkey was put on the U.K.'s "red list" ruling out any English fans attending the game.

The British government decision came last Friday, two days after the semifinal lineup was completed. But the government immediately talked with UEFA about the possibility of moving the final to Wembley.

But a source with knowledge of the discussions said that talks would continue on Tuesday as obstacles have emerged around the need for exemptions for international broadcasters, technical and support staff and sponsors.

Given many of those individuals, from various countries, would currently need to quarantine on arrival in the U.K., it would require a wide range of exemptions that has made a swift agreement difficult to find.

The FA did not immediately respond to a request for comment.

Istanbul now looks highly unlikely to host the game given the circumstances and moving the game to Porto offers a way for English fans to still be able to attend, albeit at greater cost and effort than holding the match at Wembley.

UEFA has given the British government until Tuesday to decide whether authorities can offer all of the travel waivers required. If not, UEFA will consider taking the final to Portugal just like last season. While Benfica's stadium in Lisbon was the scene of Bayern Munich's victory over Paris Saint-Germain, Porto is one of the backup options to play this season's final in the 50,000-capacity Estadio do Dragao.

Portugal is on England’s "green list” of 12 low-risk territories where people aren’t required to quarantine upon their return from next Monday, making it easier for thousands of City and Chelsea fans to be able to travel. Portugal would have to lift its current block on tourists from Britain.

Switzerland, where UEFA is based, is among the amber list of countries from which people arriving in England have to quarantine for 10 days, albeit organized individually rather than via the mandatory hotel isolation in place for arrivals from red-list countries.

But UEFA has already secured exemptions from quarantine for officials and media for the European Championship in England, with eight games at Wembley including the July 11 final.

Last year's final was also moved from Istanbul to Lisbon due to the COVID-19 pandemic, but sources indicated that Portuguese authorities would prefer for Porto to host the game, should the country be given the option.

UEFA and the Portuguese Football Federation declined to comment.

Turkey’s Foreign Ministry, Youth and Sports Ministry, Culture and Tourism Ministry and the Turkish Football Federation (TFF) were also in talks with UEFA last week. They reportedly made a request to delay the match to August, according to the Sabah daily newspaper.

Turkey is in the second week of a three-week national lockdown, and government figures show the coronavirus cases are declining.

When Turkey announced plans for the lockdown, the UEFA insisted this "should not have any impact" on the final game, set to take place at the Atatürk Olympic Stadium with a "limited number of spectators."

The stadium hosted the famous 2005 Champions League final, which Liverpool won on penalties after drawing 3-3 with AC Milan.

Daily cases fell below 20,000 Saturday for the first time since March 17, with 18,052 infections over the last 24 hours, Health Ministry data showed.