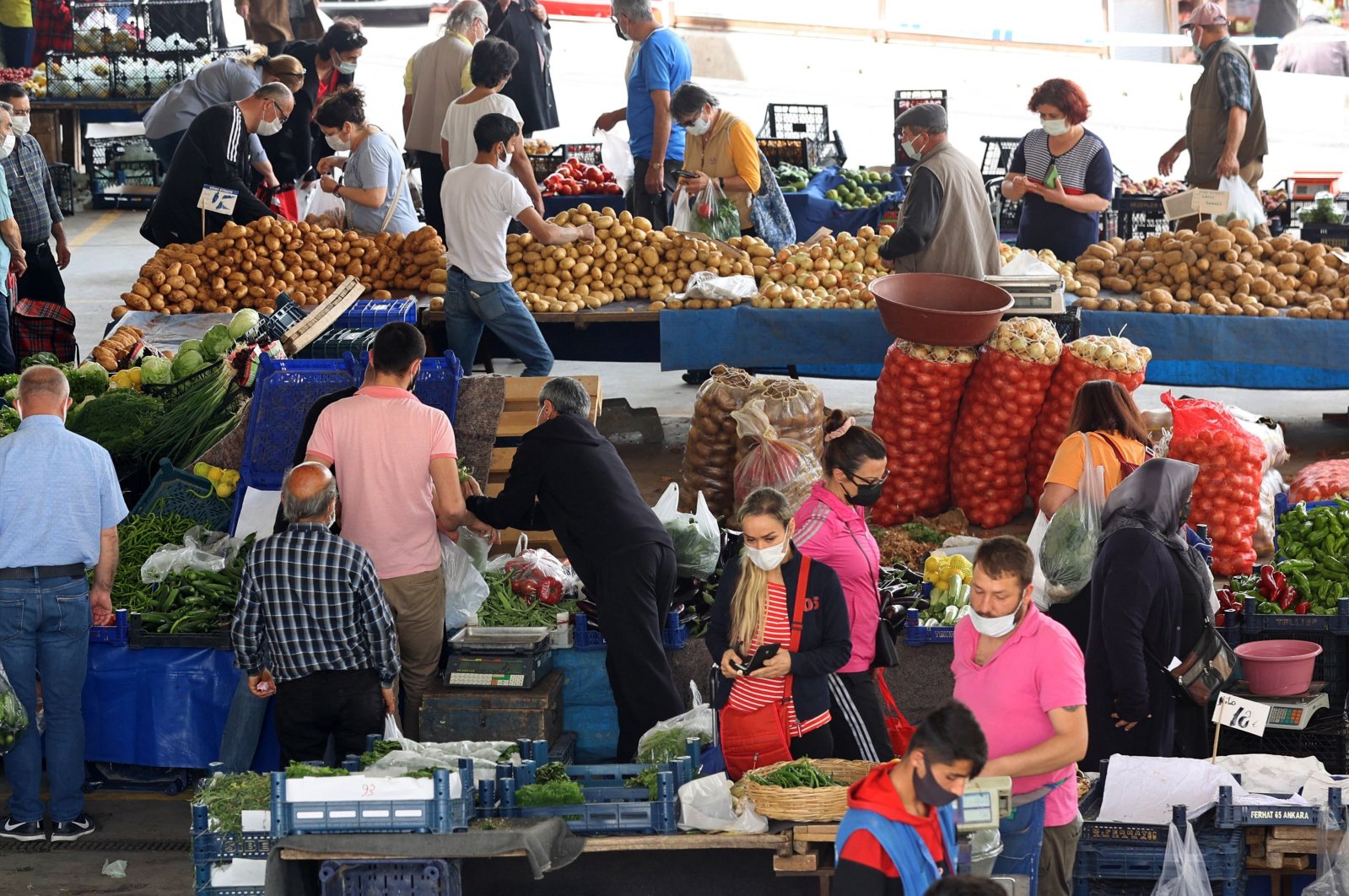 People shop at an open-air market after they were reopened across Turkey for a day as the country undergoes its strictest lockdown to fight against COVID-19, in Ankara, Turkey, May 8, 2021. (AFP Photo)
by Agencies May 08, 2021 8:21 pm
RECOMMENDED

The downward trend in new COVID-19 cases in Turkey continued Saturday with the daily tally at just above 18,000, the lowest number recorded since March.

A total of 18,052 cases, including 2,178 symptomatic patients, were confirmed across the country, the Health Ministry data showed. This is less than a third of the peak levels observed in mid-April.

Turkey's overall case tally currently stands at over 5.02 million, while the nationwide death toll has reached 42,746, with 281 fatalities over the past day. As many as 28,896 more patients in the country won the battle against the virus, bringing the total number of recoveries to over 4.69 million.

The latest figures show that the number of COVID-19 patients in critical condition is now at 3,175.

More than 49.19 million coronavirus tests have been carried out in Turkey to date, with 228,873 conducted since Friday.

In an online meeting with the country's youth from all provinces earlier in the day, President Recep Erdoğan stated that return to normalization will be the top priority in the next Cabinet meeting. "We will announce our new timetable for the normalization (of pandemic measures) in the coming days. It is one of the top priorities of the next Cabinet meeting.”

He underlined that the normalization measures would also cover reopening schools across the country.

Turkey has so far administered over 24.88 million coronavirus vaccine jabs since a nationwide immunization campaign began on Jan. 14. More than 14.56 million people have received their first doses, while over 10.32 million people have been fully vaccinated.

To stem the spread of the virus, Turkey last week began a nationwide lockdown until May 17.

Since December 2019, the COVID-19 pandemic has claimed over 3.3 million lives in 192 countries and regions, according to figures compiled by U.S.-based Johns Hopkins University. Over 157 million cases have been reported worldwide, with recoveries now over 93.1 million.