City goes 6 clear after Leicester thriller, Chelsea back on track 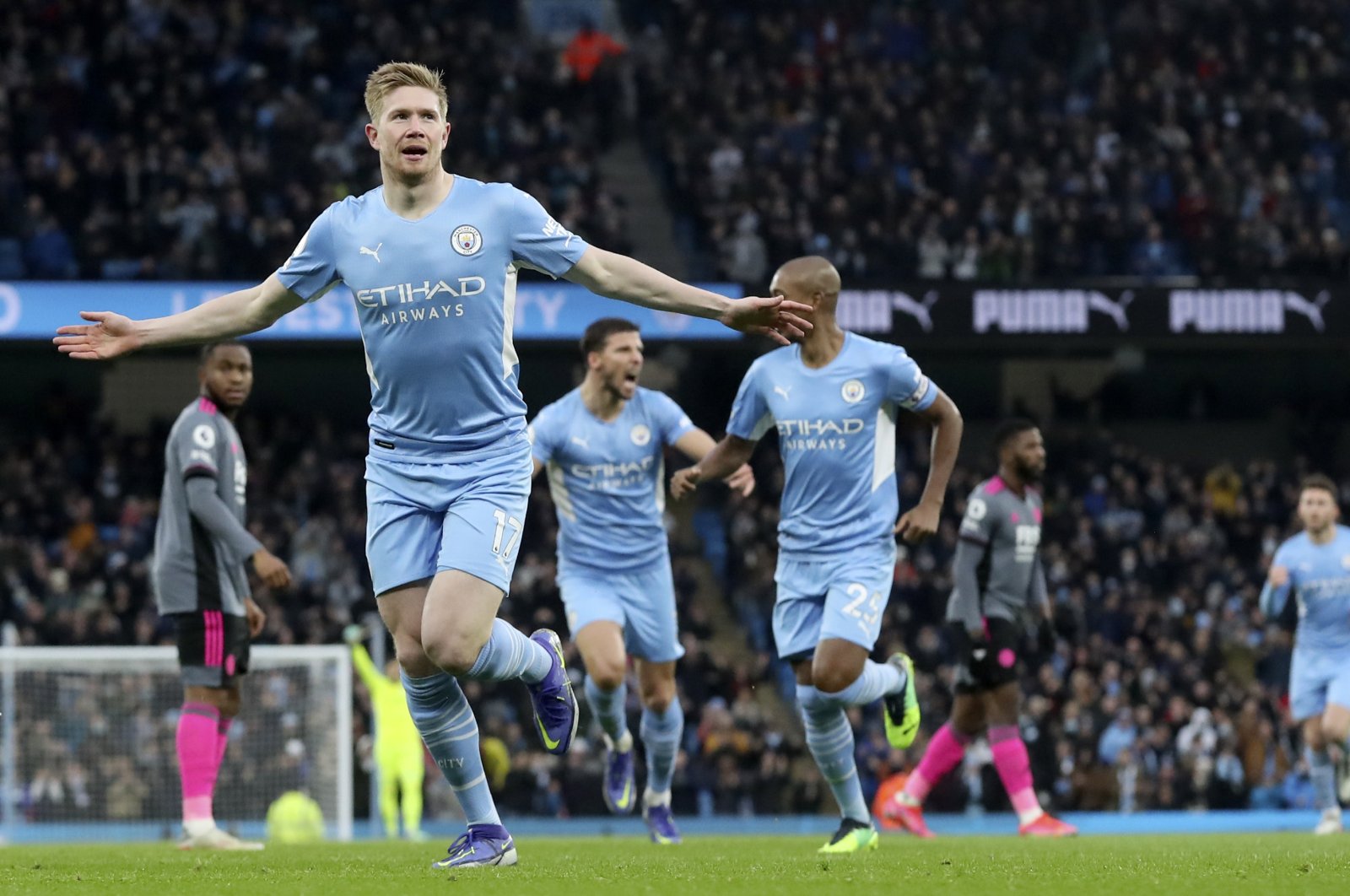 With the win over Leicester, Pep Guardiola's Manchester City has now gone undefeated in nine straight league matches and looks unstoppable as it races toward securing a fourth Premier League title in five seasons

Reigning champion Manchester City extended its Premier League lead to six points following a thrilling 6-3 win against Leicester City while title contender Chelsea was back in business with a 3-1 victory at Aston Villa on Sunday.

Three of the scheduled nine Boxing Day matches were postponed due to coronavirus outbreaks as Britain battles record numbers of cases caused by the omicron strain of the virus.

Earlier this week, Premier League clubs rejected the option of temporarily halting the season to allow a circuit breaker for infections.

And a stop to the season may be the only way to slow City's charge toward a fourth title in five seasons as Pep Guardiola's men have now won nine league games in a row.

Leicester appeared to have been blown away by four goals inside 25 minutes but rallied to 4-3 at one point hurting City with rapid breaks to make the champion fight for the three points.

Kevin De Bruyne blasted home to open the floodgates before Riyad Mahrez netted against his former club from the penalty spot.

İlkay Gündoğan rounded off a brilliant City team move to make it 3-0 before Raheem Sterling won and converted the champions' second penalty.

Leicester produced a stirring second-half fightback thanks to James Maddison.

The midfielder pulled a goal back before leading a break finished off by Ademola Lookman.

Kelechi Iheanacho made it 4-3 when he bundled home from close range after Ederson could only turn Maddison's shot onto the bar.

But City quickly restored some order as Aymeric Laporte powered home from a corner and Sterling rounded off the scoring from close range.

"It was a roller coaster," said Guardiola. "It was a typical Boxing Day game, lots of goals. It was entertaining for everyone."

Chelsea back on track

After one win in its previous four league games, Chelsea came from behind against a Villa team without boss Steven Gerrard due to a positive COVID-19 test.

Hampered by injuries and COVID-19 absences, Chelsea had surrendered top-spot during a spluttering run before Christmas.

It was in trouble again when Reece James headed Matt Targett's cross into his own net in the 28th minute.

Romelu Lukaku came off the bench at halftime and, in the 65th minute, the Belgian striker headed just his sixth Chelsea goal since his move from Inter Milan.

Lukaku won a stoppage-time penalty after his powerful run was halted by Ezri Konsa's foul and once again Jorginho did the job from the spot.

"The own goal made things super complicated. The reaction was very good. It was a deserved win but hard work," Chelsea boss Thomas Tuchel said.

Third-placed Chelsea is level on points with second-placed Liverpool, whose game against Leeds was one of Sunday's COVID-19 postponements.

Arsenal consolidated its position in fourth with a routine 5-0 win at rock bottom Norwich.

Goals from Bukayo Saka and Kieran Tierney put the result beyond much doubt before halftime.

"We looked really sharp and committed," said Arteta. "It's a big win for us."

Spurs moved up to fifth, six points behind its north London rival but with three games in hand, after easing past a depleted Crystal Palace 3-0.

Palace's request for the game to be postponed was dismissed by the Premier League despite a coronavirus outbreak that left them without manager Patrick Vieira.

Harry Kane swept home just his third Premier League goal of the season before Lucas Moura powered in a header.

Wilfried Zaha was sent off for two bookable offenses before halftime and Son Heung-min added a third 16 minutes from time.

West Ham's bid for the top four is falling apart fast as it was beaten 3-2 at home by Southampton.

First half goals from Leandro Trossard and Neal Maupay gave Brighton its first league win since September as the Seagulls beat Brentford 2-0.