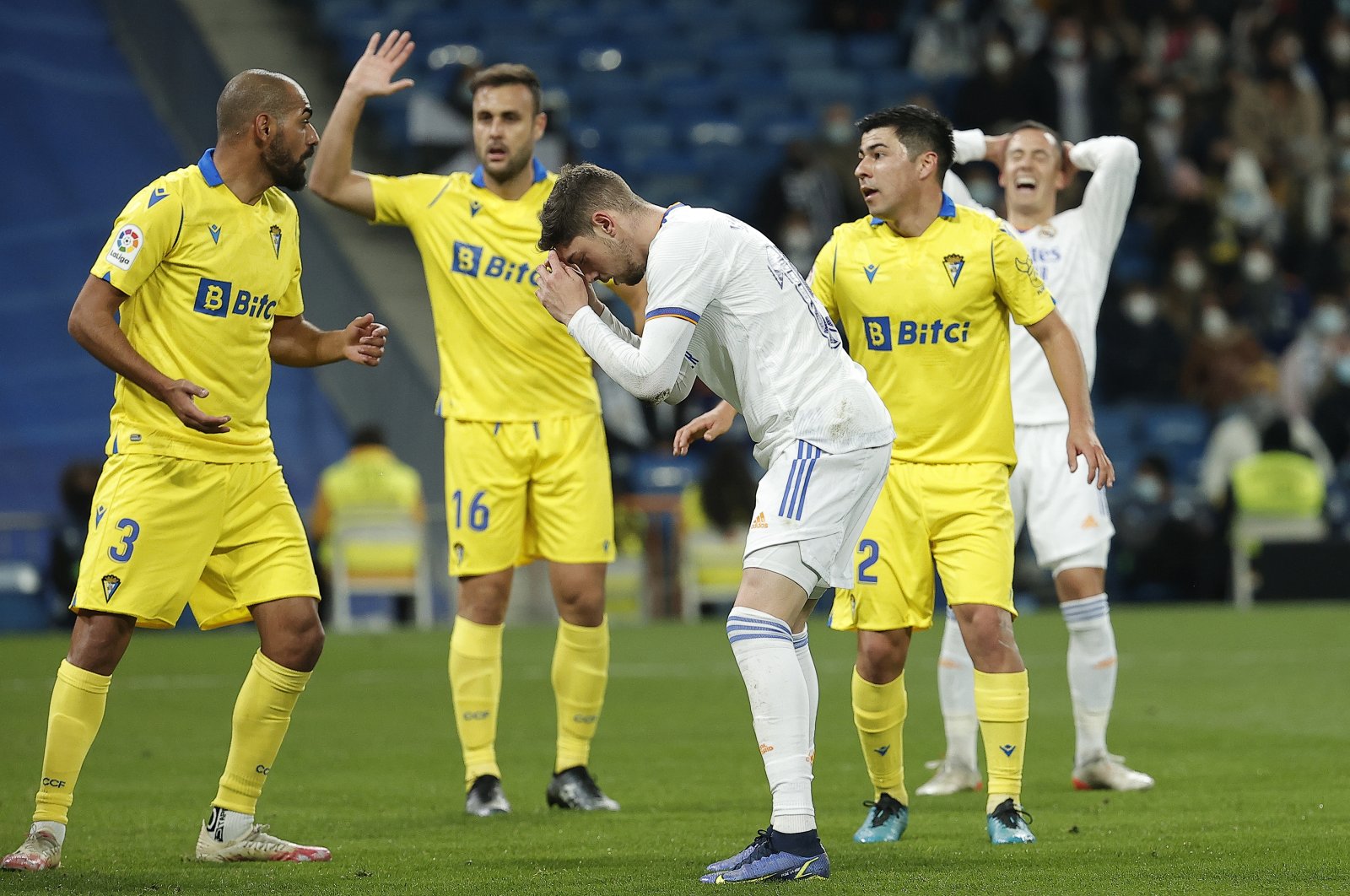 Real Madrid manager Carlo Ancelotti has a job in his hands as he looks to guide his COVDI-hit side away at Athletic Bilbao on Wednesday.

The veteran manager said he is struggling to find the best formation to accommodate the players he has available.

Ancelotti also won't have two other key players in Bilbao on Wednesday: defender Dani Carvajal is injured, while midfielder Casemiro is suspended after five yellow-card bookings.

"It's true that we are missing a lot of players and maybe we will have to consider a change in the system ... I don't know ... I'm thinking about it," Carlo Ancelotti told a press-conference on Tuesday.

"The system that we currently play with (4-3-3) has given us a lot in recent games. But we don't have a right winger available, and that's the only thing that could make me change it to a 4-4-2. I have to wait for the night."

Real Madrid's momentum – a 10-game winning streak in all competitions – ended with a disappointing 0-0 draw at home to lowly Cadiz on Sunday.

It is now six points clear of second-placed Sevilla, who has a game in hand and host struggling Barcelona on Tuesday.

On a brighter note for Real, Belgian midfielder Eden Hazard played well last Sunday in his first game as a starter since September.

"He has been training well for a month, with intensity and rhythm. If I put him on again on Wednesday, I don't think there's a risk of more physical problems. The player is fine."