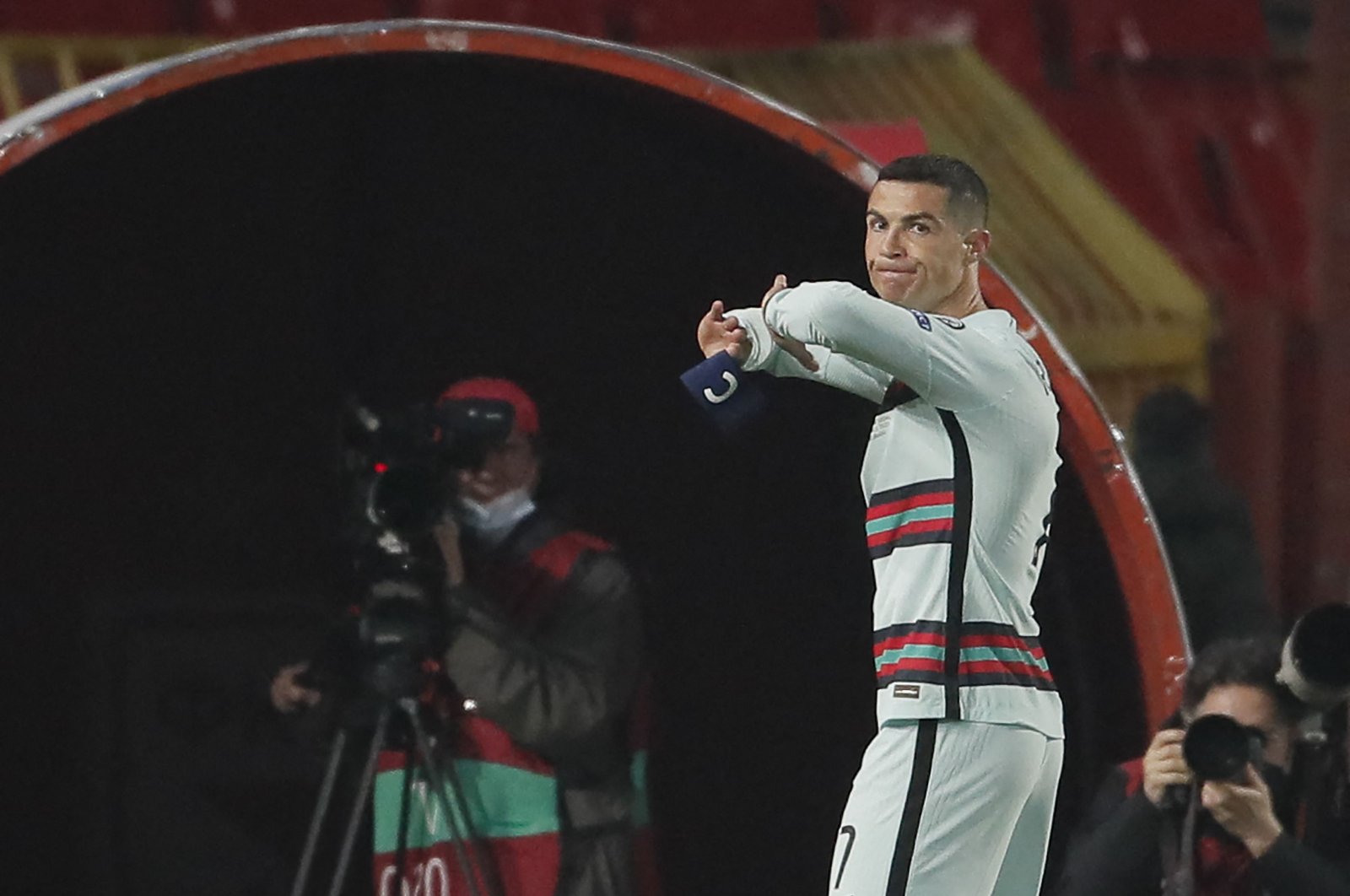 Portugal forward Cristiano Ronaldo holds his captain armband moments before he threw it to the ground and left the pitch at the end of the FIFA World Cup Qatar 2022 qualification Group A match against Serbia at the Rajko Mitic Stadium, in Belgrade, Serbia, March 27, 2021.
by ASSOCIATED PRESS
Apr 02, 2021 5:05 pm

The captain’s armband that Cristiano Ronaldo angrily threw to the ground during Portugal’s World Cup qualifier in Belgrade last week has been sold to an unidentified bidder for 64,000 euros ($75,000) at a charity auction, Serbian state TV reported Friday.

A Serbian humanitarian group put the blue armband up for online bidding to raise money for medical treatment for a 6-month-old boy suffering from spinal muscular atrophy.

The three-day auction didn’t pass without controversy as some participants tried to disrupt the process by putting up unrealistically huge sums. The fake bidding triggered public outrage with authorities pledging to find and punish the culprits.

Moments before last Saturday's match with Serbia ended in a 2-2 draw, Ronaldo walked off the field after his injury-time goal was disallowed. The Portugal great dinked the ball over the Serbia goalkeeper and it looked as if it crossed the line before being cleared by a defender.

While heading to the dressing room before the final whistle, Ronaldo angrily threw down his armband near the touchline. After the match, it was picked up by a firefighter on duty and given to the charity group.

Ronaldo was criticized for his actions and some believe his angry display could lead to FIFA sanctions.