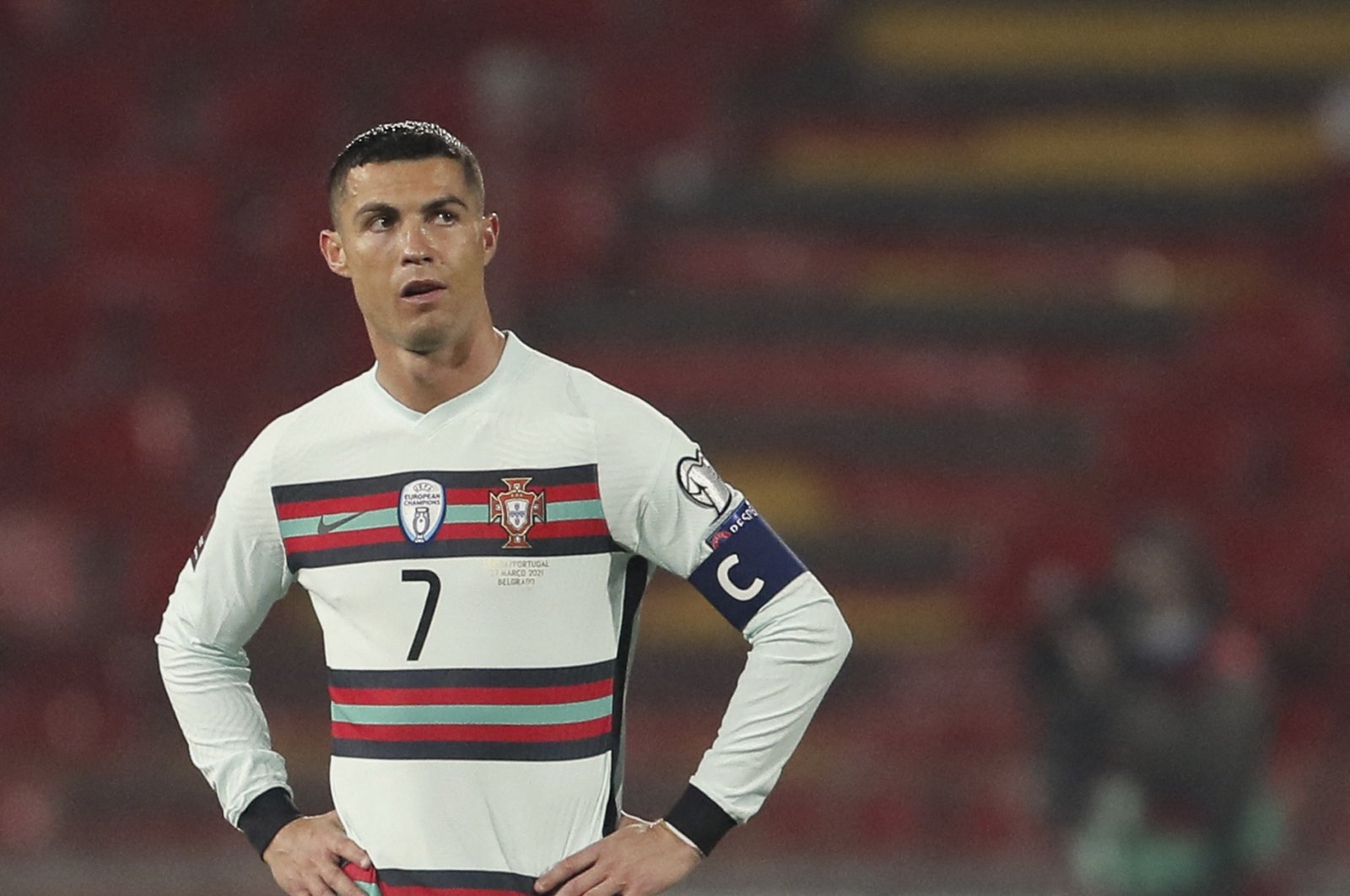 UEFA has said the impact of the global COVID-19 pandemic meant plans to use video assisted replay (VAR) in the European 2022 World Cup Qualifiers had to be abandoned after a weekend in which Cristiano Ronaldo's anger at being denied a late winner for Portugal against Serbia highlighted the lack of technology to help officials.

Video assistant referees are now set to come into the Europa League group stage as of next season.

"VAR was also not in use in the UEFA Nations League group stage in the autumn of 2020 and has therefore to-date never been used in UEFA national team qualifying group stage matches," European football's governing body added.

It follows several moments of controversy since the start of qualifying last week for the Qatar World Cup, with the Ronaldo flashpoint casting a light on the lack of any goal-line technology (GLT).

Ronaldo thought he had scored a stoppage-time winner for Portugal in Belgrade as footage appeared to show the ball had crossed the line before Serbia defender Stefan Mitrovic could clear.

The Portugal captain was booked for protesting by Dutch referee Danny Makkelie as play was waved on and the game finished in a 2-2 draw. Ronaldo threw away his captain's armband in disgust at full-time.

"I always give and will give everything for my country, that will never change. But there are difficult times to deal with, especially when we feel that an entire nation is being harmed," Ronaldo later posted on Instagram.

Portuguese sports daily A Bola on Monday published an interview with Makkelie in which the official said he had apologized to coach Fernando Santos and the Portugal team.

Elsewhere Spain defender Inigo Martinez claimed that a penalty given against his side in a 1-1 draw with Greece would not have been awarded had video assistant referees been available, while Republic of Ireland manager Stephen Kenny felt they were denied a spot-kick in their defeat by Serbia.

"How can there not be VAR? There is for some matches and not for others. I don't understand how. There's nothing we can do about that now," Kenny told Irish broadcaster RTE.

VAR and goal-line technology are used in leading European leagues as well as the UEFA Champions League.

FIFA introduced GLT at the 2014 World Cup and VAR in 2018 in Russia, and its regulations for the 2022 qualifiers do make it possible for video assistant referees and goal-line technology to be introduced.

"In January 2021, FIFA was made aware that UEFA had taken the decision not to implement VAR for the European qualifiers due to issues and restrictions related to the COVID-19 pandemic," a FIFA spokesperson confirmed to Agence French-Presse (AFP).