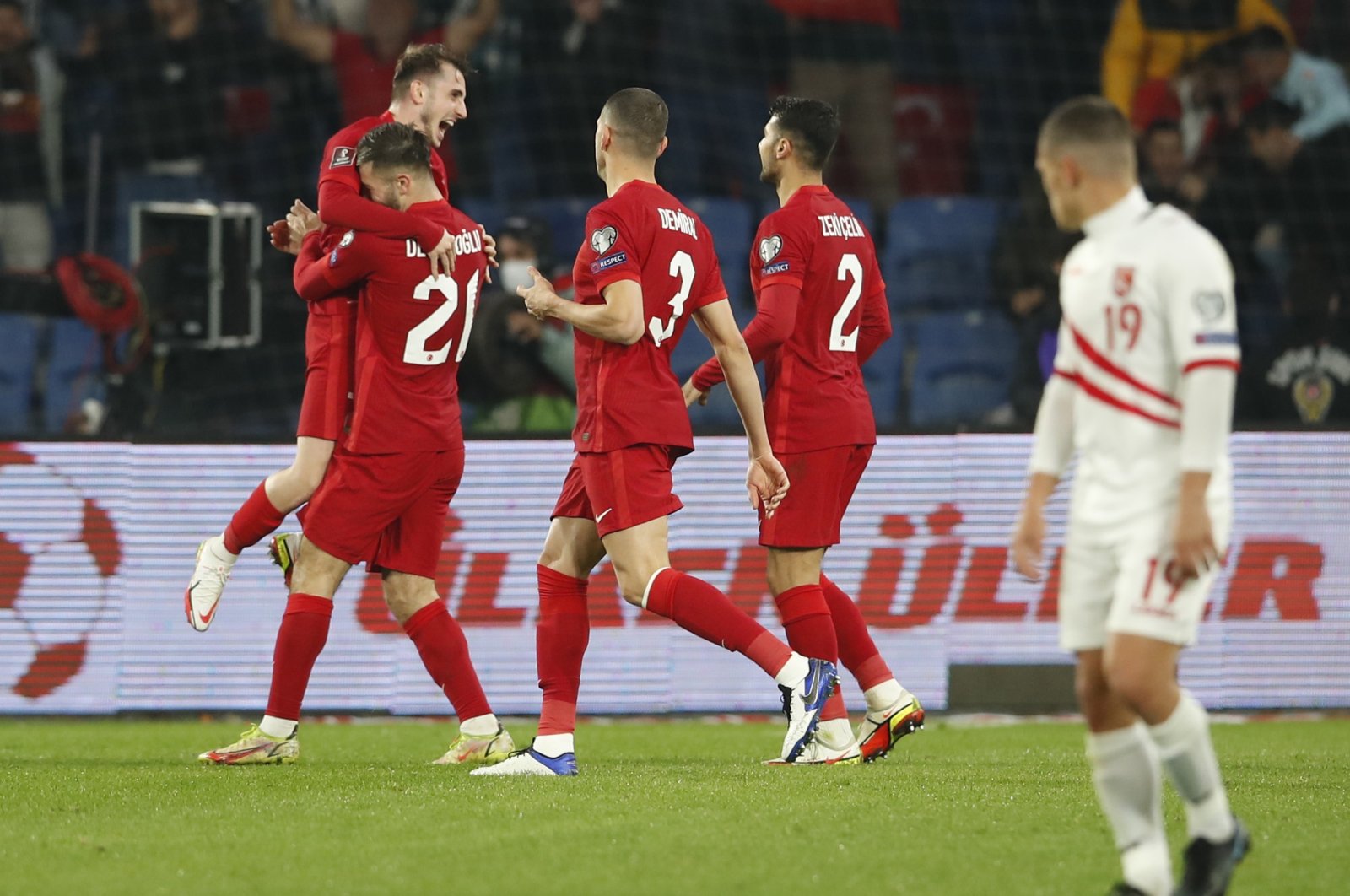 Turkey ran out clear 6-0 winners Saturday against a Gibraltar team playing down a man for most of the European qualifier match for the Qatar 2022 World Cup.

In the match in Istanbul's Başakşehir Fatih Terim Stadium Turkey's Muhammed Kerem Aktürkoğlu opened the scoring in the 11th minute, followed by Halil Dervişoğlu landing a brace in quick succession in minute 38 and 41. Merih Demiral added to the score at minute 65, Serdar Dursun followed up in minute 81 and Mert Müldür rounded out the scoring in the 84th.

This was a much-needed win for Turkey to move into second place in Group G. Only the winner of the group will directly qualify for the World Cup, while the group runner-up will head to the playoffs. Next up is the match with Montenegro, set to kick off on Nov. 16.

Norway, who also have 18 points, were held to a 0-0 draw at home against Latvia.

Gibraltar were reduced to 10 men in the 23. minute, when defender Jayce Olivero was sent off after a reckless challenge on Turkey fullback Zeki Çelik.

Gibraltar are still searching for their first-ever points in World Cup qualification, having lost all of their 19 outings to date.