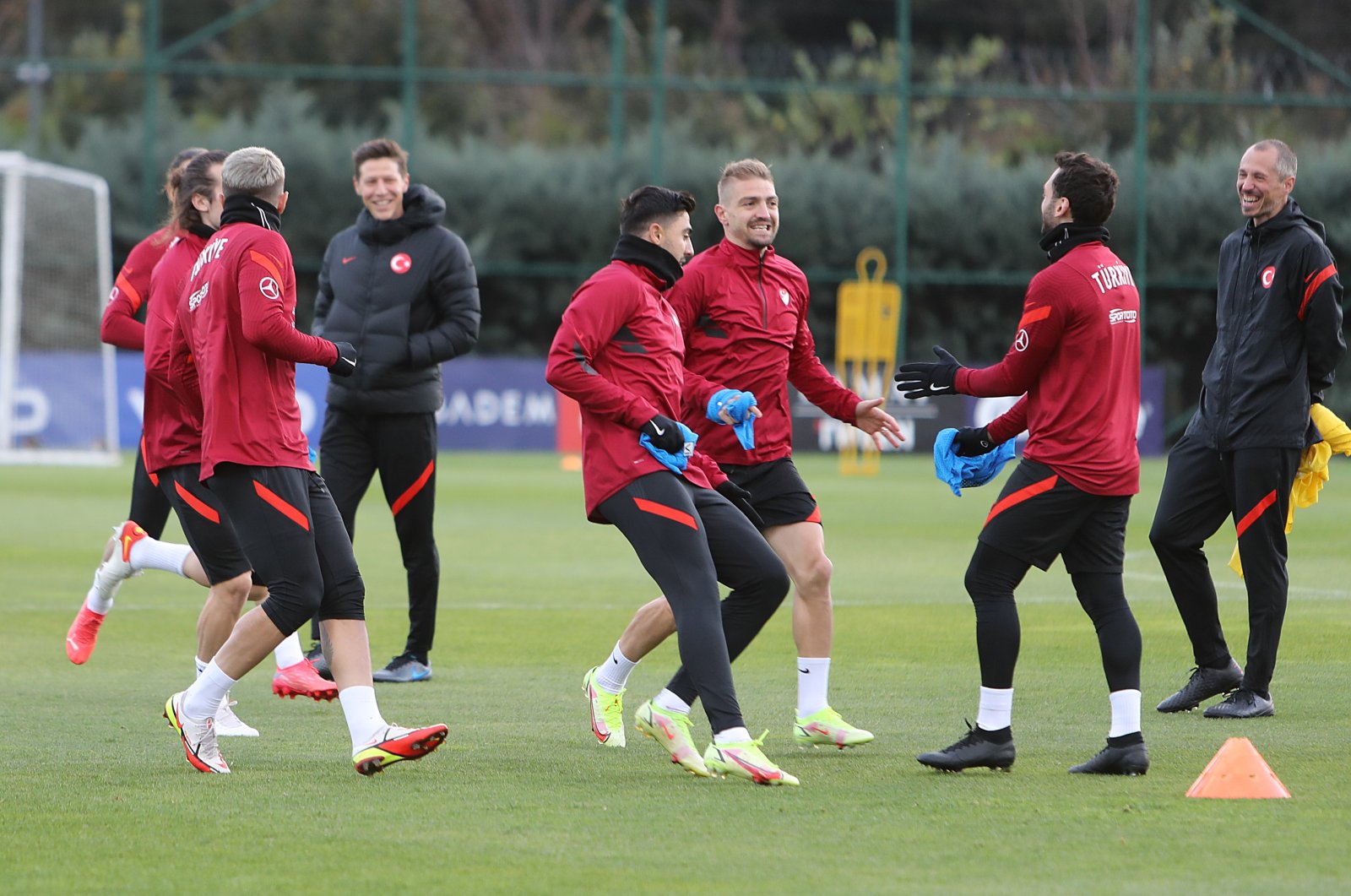 The Turkish national football team goes into the final stretch of its European qualifiers for the Qatar 2022 World Cup with a must-win match against minnow Gibraltar in Istanbul on Saturday.

Turkey is currently third in Group G with 15 points from eight matches. Group leaders the Netherlands have 19, followed by Norway with 17.

Only the winner will directly qualify for the World Cup, while the group runner-up will head to the playoffs.

Therefore, the Crescent-Stars must win the remaining two matches in order to stay in contention. Fortunately, they are against comparatively weaker opponents, Gibraltar and Montenegro.

Earlier in September, Turkey beat Gibraltar 3-0 but was held to a 2-2 draw by Montenegro. This time, however, the Turks cannot risk losing a point.

The team, however, is still trying to find its rhythm under new coach Stefan Kuntz. It needed a goal deep in the extra time – in the 99th minute – to beat a lowly Latvia in the last group match on Oct. 11.

Now it will need to dig deeper, make sure it picks up the two wins and wait for the other results in the group. It will also look to win with a big margin in order to close down the gap in goal difference with Norway, who currently holds a five-goal advantage.

Turkey will be without tested campaigner Cengiz Ünder, and Abdülkadir Ömür due to injuries.

However, it will be the match between the Dutch and the Norwegians later Tuesday that will likely decide the fate of the group.

The match at Başakşehir Fatih Terim Stadium kicks off at 8 p.m. Istanbul time (5 p.m. GMT) and will be live on state broadcaster TRT 1.

Netherlands coach Louis Van Gaal is confident his side will secure World Cup qualification in the next week, but warned their next match in Montenegro will be no easy assignment.

Van Gaal is back for a third spell as the Dutch manager and since taking over has led his side on a five-match unbeaten run – one draw followed by four victories.

His first game back was a 1-1 draw in September at Norway, who are second behind the Dutch and play them in Rotterdam next Tuesday in their final qualifier.

"Of course, only qualification counts and that was the goal when I was appointed. It doesn’t just happen like that but in principle, I assume that we will qualify,” he said earlier Tuesday.

"We played a very attacking brand in all those matches, although that is possible against those kind of opponents,” he said after his side scored 17 goals in victories over Turkey, Montenegro, Latvia and Gibraltar.

"But we were also the attacking side against Norway, just look at the statistics."

However, in order to ensure they stay ahead of Norway in the standings and be in a strong position for their last qualifier, they must beat Montenegro in Podgorica on Saturday.

"The individual quality is quite high among their players,” Van Gaal said of Montenegro.

"Don't forget that we were actually outplayed at home for the first 20 minutes when we beat them in September.

"We only started to play better when our wingers started to move into the right position. Then we were able to really overwhelm them and able to achieve a good result. Individually they can all do something, but as a team, they are lesser than the Dutch national team,” Van Gaal added.

Van Gaal took over from Frank de Boer after the Dutch exited this year’s European Championship in the last-16.

The Netherlands failed to qualify for the World Cup in Russia but under Van Gaal were third in Brazil in 2014.