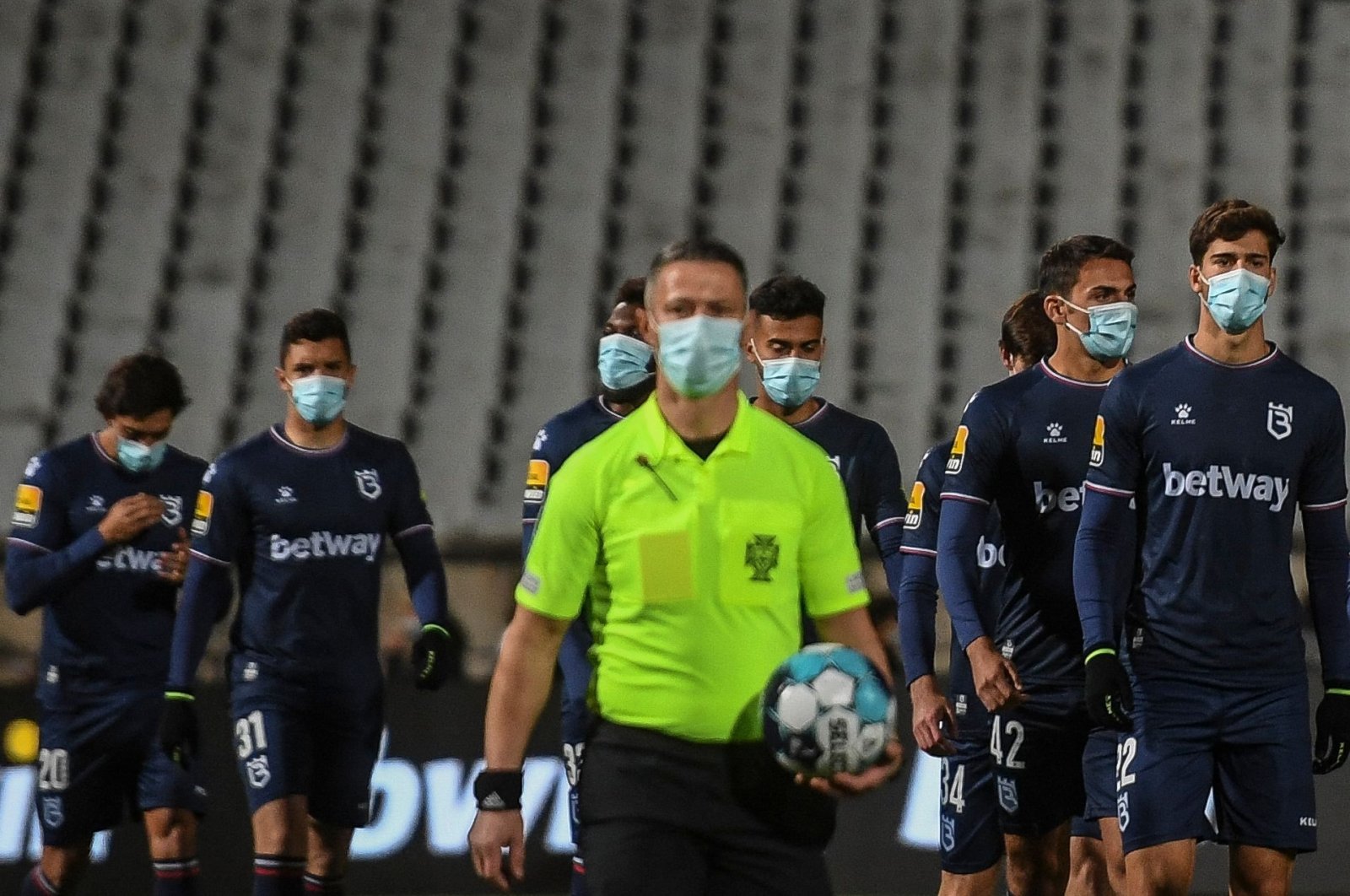 The Portuguese Primeira Liga has faced scrutiny after the game between Benfica and Belenenses went ahead with the latter fielding just nine men.

League officials met Sunday to discuss the farcical game, which was later called off in the second half. Belenenses fielded nine players, including two goalkeepers, due to an outbreak of COVID-19.

Belenenses played one of their goalkeepers, Joao Monteiro, as an outfield player and had no substitutes at the Estadio Nacional where Benfica strolled into a 7-0 lead before half-time on Saturday.

The Primeira Liga game was called off by referee Manuel Mota three minutes into the second half after Belenenses were reduced to six players. They had emerged after half-time with only seven players before Monteiro went down injured.

According to reports in Portugal, Primeira Liga officials met Sunday morning to discuss the controversial fixture and whether any disciplinary action should be taken against Belenenses.

The Portuguese health ministry also issued a statement Sunday, saying "it does not comment on the holding of games, whether in football or any other sport."

Belenenses President Rui Pedro Soares said Saturday the game was a "disgrace" and criticized the league for effectively forcing the club to play, under threat of being deducted points.

"What happened today was a great shame, there is nothing to justify what happened," he said. "Never in my life have I witnessed such dignified behavior as from those nine players."

After informing the league "that we didn't wish to play the match, we were told we had eight players able to play" and "not turning up could be considered an unjustified absence," said the Belenenses president.

Benfica President Rui Costa described it as a "black page for Portuguese football" but insisted "Benfica simply complied with the regulations" and was "not responsible" for the match being played.

Reports in Portugal claimed Belenenses were without 14 players due to Covid, as well as three members of staff.

Belenenses coach Filipe Candido had indicated on Saturday that he would have to promote some under-23 players due to injuries and suspensions.

Supporters in the stadium chanted: "The league is a disgrace."

Manchester City's Portuguese midfielder Bernardo Silva wrote: "What is this Am I the only one who doesn't understand why the game hasn't been postponed"

Belenenses sat 16th in the Primeira Liga at the start of the game while Benfica was third.