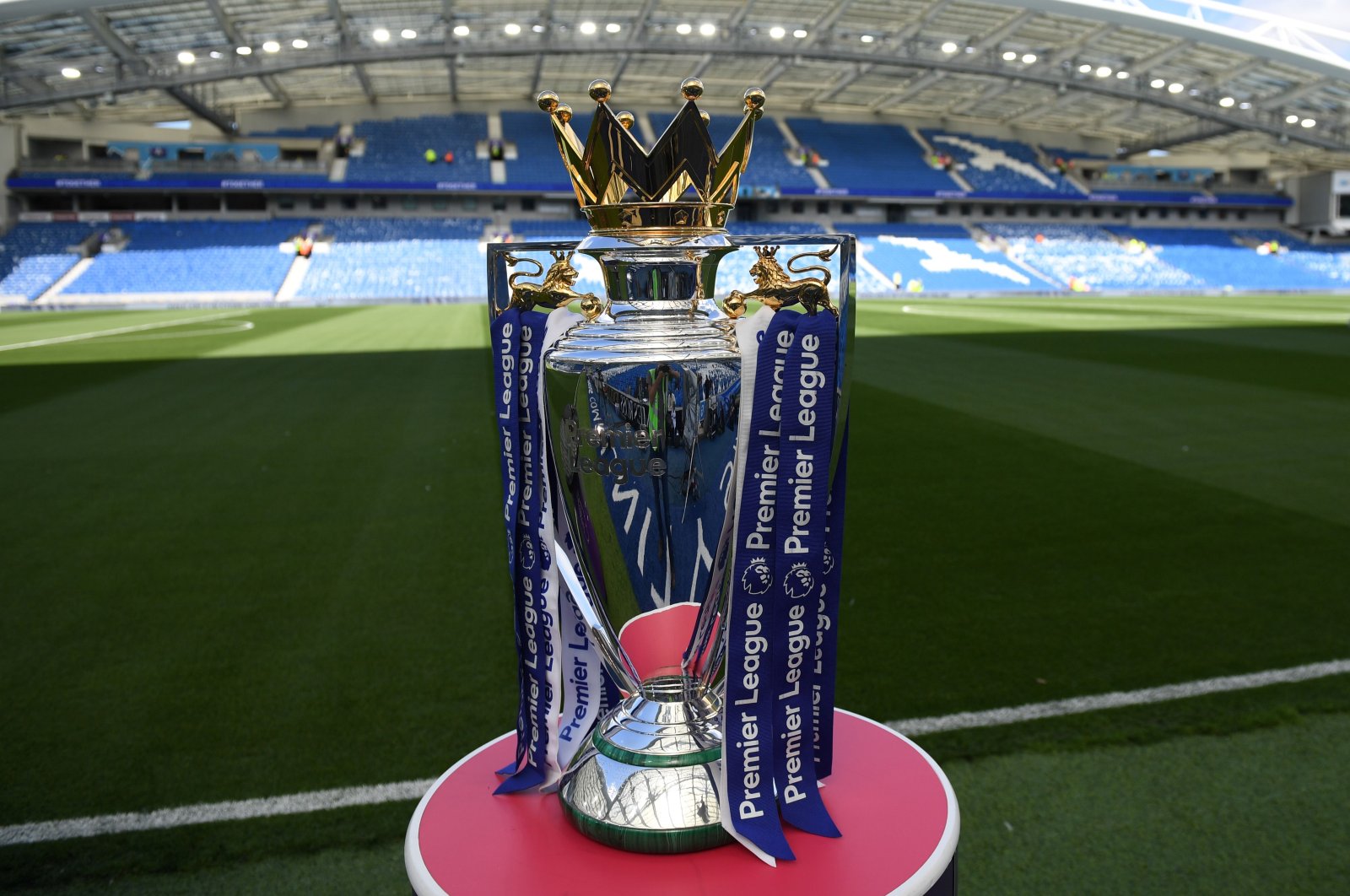 In this file photo taken on August 12, 2017, The Premier League trophy sits beside the pitch ahead of the English Premier League football match between Brighton and Hove Albion and Manchester City at the American Express Community Stadium in Brighton. (AFP Photo)
by REUTERS May 28, 2020 5:45 pm

The Premier League season will restart on June 17, three months after it was suspended due to the coronavirus pandemic, the BBC reported on Thursday.

A spokesman for the Premier League, which stopped play in March, declined to comment as the meeting of 20 club officials was ongoing.

The season will get underway on the Wednesday date with Aston Villa v Sheffield United and Manchester City v Arsenal, which are both games in hand.

A full fixture list would then be played on the weekend of 19-21 June, the report said. All games will be behind closed-doors.

The Premier League was suspended on 13 March due to the coronavirus pandemic but teams returned to small group training last week.

On Wednesday clubs agreed to move to Phase Two of the comeback with players working in larger groups and closer to each other.

The next step would be full contact training and preparation for the return to action.

Liverpool, searching for their first league title in 30 years, lead the standings by 25 points.