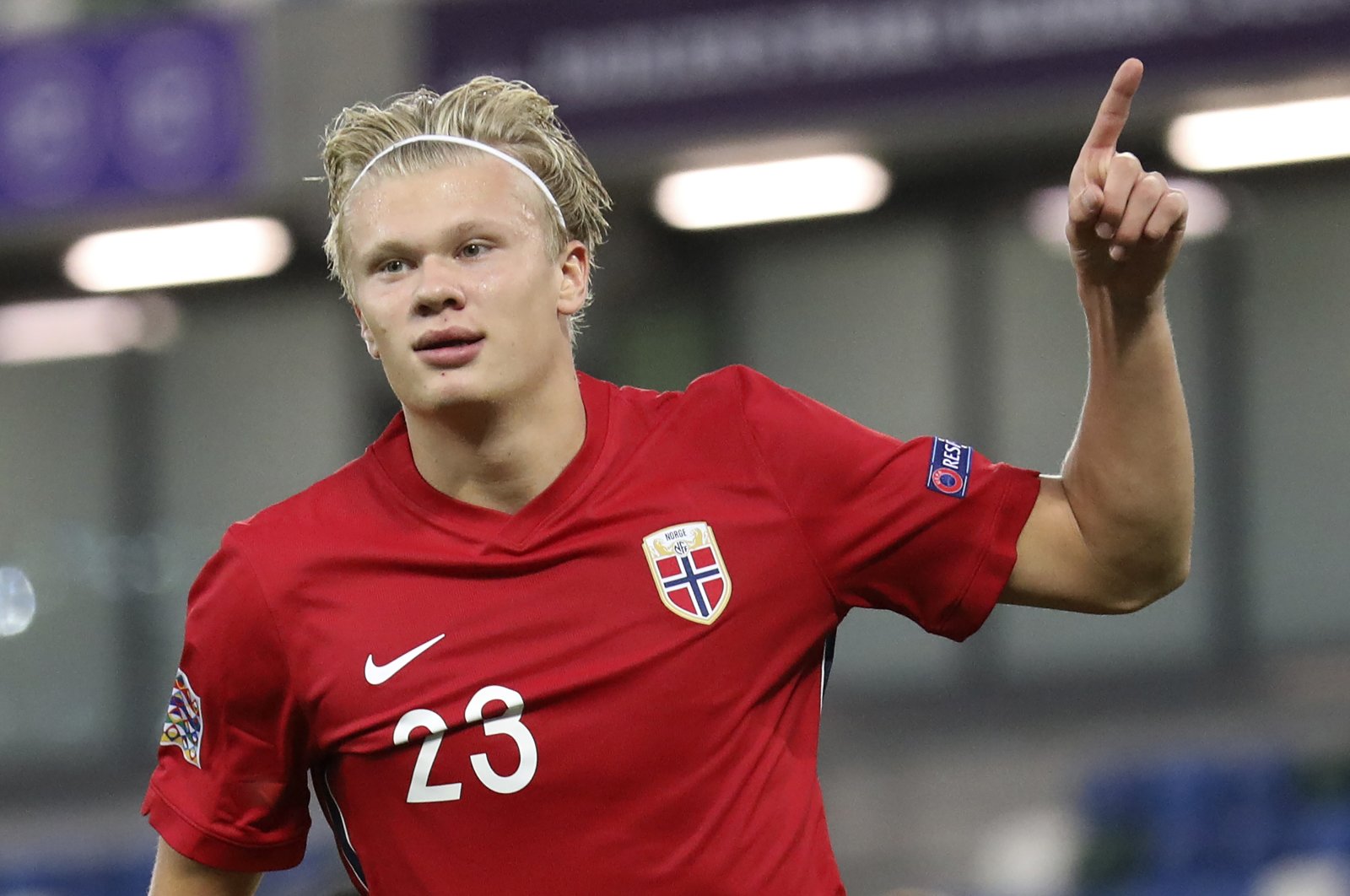 Competing in Euro 2020 playoffs for a spot in next year’s European championship, 16 countries try to keep up with a busy fixture with more matches in the Nations League ahead

The Euro 2020 playoffs begin Thursday, more than six months later than scheduled, with 16 teams competing for the last four places in a 24-nation lineup. The finals tournament is now scheduled to begin in June 2021, delayed a year due to the pandemic.

Even if all the playoff teams – who also need to play two Nations League games beginning this weekend – are below the top level, the potential stories are striking.

Kosovo, the newest addition to world football in 2016, is aiming for its first appearance at a major tournament.

Not only can Thursday's game in Skopje take Kosovo a step closer to the rescheduled Euro 2020, but it is also being seen as a chance for the country to gain wider recognition as an independent nation.

The game has been dubbed by the media as "the most important match in Kosovo's history," and even head coach, 69-year old Bernard Challandes, sees the Skopje showdown as "not just a football game."

"We are in the new country of Kosovo, and the team is so important for the people," the Swiss-born boss said in a press conference.

Meanwhile, Scotland is aiming to end a 22-year wait to qualify for a tournament as they face Israel at Hampden.

"We knew how big this game was going to be for a long time. It has always been in the back of our minds, even previously playing other games this has always been the one that everybody has looked at," said Scotland midfielder Kenny McLean.

"It is the biggest game we have had in a long time, we know that as players, we know how important it is. It is such a big thing for the country. We are ready."

There could be an all-Ireland showdown next month as Northern Ireland travels to Bosnia-Herzegovina, while the Republic faces Slovakia away.

Surprise quarterfinalists at Euro 2016, Iceland hosts Romania hoping to set up a final against Bulgaria or Hungary.

The best pairing looks be in the third tier, Norway vs. Serbia, with a slew of playmakers from Champions League teams. Borussia Dortmund’s Erling Haaland and Real Madrid’s Martin Odegaard for Norway face Serbia’s Dusan Tadic of Ajax and Lazio’s Sergej Milinkovic-Savic.

The prize for four playoff teams – Hungary, Ireland, Romania and Scotland – is to have home games at Euro 2020 next June. They are among the 12 host nations. Yet, this will also require the pandemic to be under sufficient control as UEFA sticks to its plan for host nations across the continent.

The playoff picture will be completed next month. The winners of eight playoff semifinals in four separate brackets Thursday advance to finals games on Nov. 12.

Just 200 tickets are being distributed by Norway’s football federation for the game at Ullevaal Stadium in Oslo, with the winner getting a home game against Scotland or Israel on Nov. 12.

The UEFA has allowed up to 30% capacity in stadiums for its games, though only within limits approved by local health and public authorities.

No fans will attend Kosovo’s playoff away to North Macedonia in the fourth-tier bracket. The winner Thursday travels to face Georgia or Belarus next month.

The winner of the Bulgaria vs. Hungary game, which has a 4,000-spectator limit in Sofia, will next month host the winner of Iceland vs. Romania.

In the second-tier bracket, Bosnia-Herzegovina hosts Northern Ireland for the right to host Slovakia or Ireland next month.

Several teams have seen at least one squad member drop out after testing positive for COVID-19. The UEFA requires further mandatory tests before games.

If a playoff game in October or November cannot go ahead, the UEFA’s emergency competition rules allow for it to be rescheduled until June, just days before the finals tournament kicks off in Rome on June 11.

Playoff teams still have two Nations League games to play by next Wednesday in the UEFA’s new triple-header schedule. The new program has no games on Friday as teams play on Saturday-Tuesday or Sunday-Wednesday cycles.