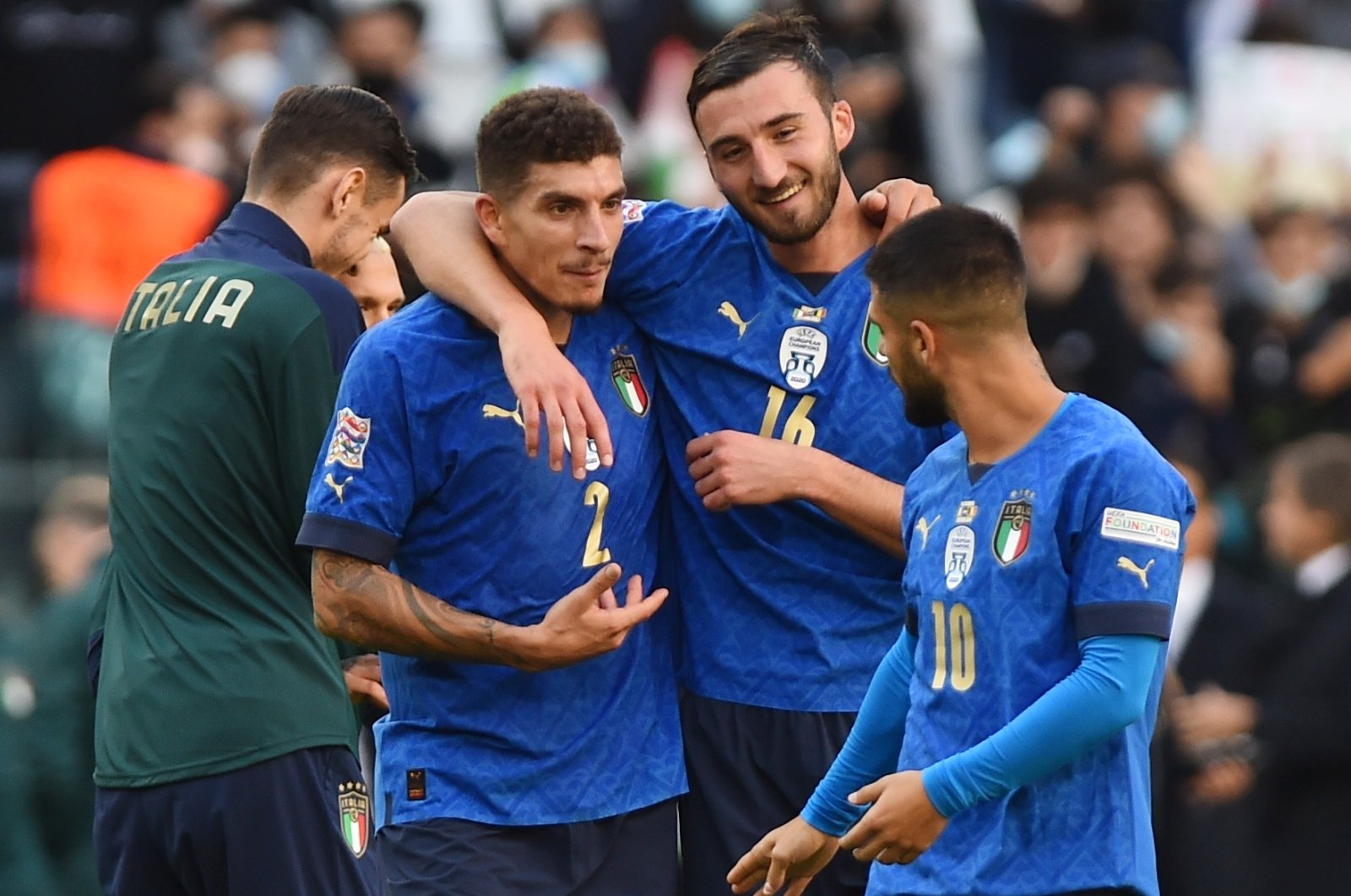 A superb volley from Nicolo Barella just after half-time and Domenico Berardi's 63rd-minute penalty were enough for the Azzurri to see off a Belgium team missing the injured Romelu Lukaku and Eden Hazard to win the third-place playoff.

The European champion, beaten by Spain in its semifinal on Wednesday to lose after going 37 matches without a defeat, played with verve on a gorgeous sunny day at Turin's Allianz Stadium, but Belgium's poor luck continued following its last-gasp semifinal defeat to France.

World champion France faces Spain in the final at the San Siro in Milan later Sunday.

Belgium goalkeeper Thibaut Courtois may have called Sunday's match "pointless" but the two teams put plenty of commitment into their displays, with some players looking to carve out a place in their national teams.

Giacomo Raspadori, making his fifth Italy appearance, was put through by the impressive Federico Chiesa in the 20th minute but couldn't get his shot away before Timothy Castagne got across to deflect his effort out for a corner.

However, it was Chiesa who was at the center of Italy's attacks and the in-form Juventus forward wasted the best chance of the match just before the break when after collecting Berardi's pin-point long pass he took too long to shoot and allowed Courtois to charge out and make a superb save.

Barella then put Italy in front almost straight after the restart when he met a high clearance from a Belgium corner with a stunning volley that flew into the bottom corner.

Batshuayi almost brought the away side level on the hour mark, his powerful shot from a tight angle fizzing past Donnarumma and striking the crossbar, but shortly afterward Berardi doubled Italy's lead.

Chiesa was clumsily brought down by Castagne and despite protests from the Belgians Berardi squeezed his spot kick under Courtois.

De Bruyne, who entered the field just before Berardi put Italy two ahead, spurred Belgium on and laid on the goal which halved the deficit.

The Manchester City playmaker charged onto Courtois' long throw before sliding through De Ketelaere, who calmly slotted his finish between Donnarumma's legs.

However, Roberto Martinez's side couldn't find the goal, which would have taken the match to extra time.