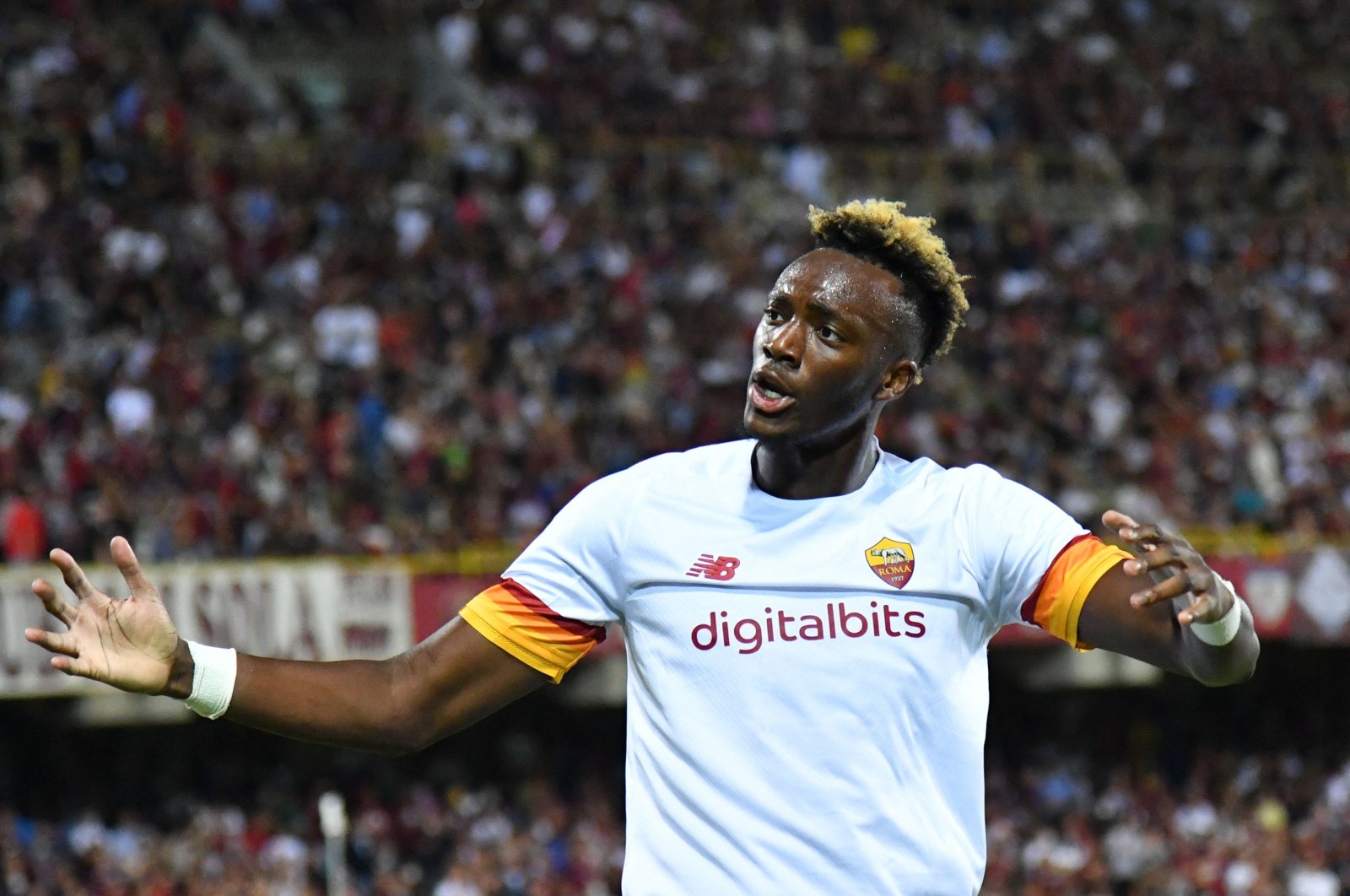 Former Chelsea men Olivier Giroud and Tammy Abraham were both on target as their respective teams, AC Milan and Roma, picked up comfortable wins in Serie A on Sunday.

France forward Giroud, who has not been picked for Les Bleus' upcoming World Cup qualifiers, bagged a brace in a 4-1 win over Cagliari at the San Siro while Abraham scored in a 4-0 rout at promoted Salernitana.

Both strikers left European champions, Chelsea, this summer in the search of more regular football and have got off to quick starts in Italy.

Giroud played well in last week's 1-0 win at Sampdoria and scored the third and fourth in an easy victory at the San Siro.

His name was sung by a large portion of the 31,000 Milan fans present, who watched their team run riot in a highly entertaining first half which won the match for Stefano Pioli's team.

Sandro Tonali gave Milan a 12th minute lead with a stunning free-kick which was also his first Milan goal.

Giroud then artfully guided home his first Milan goal following a superb run and pass from Brahim Diaz, and when Kevin Strootman's handball was judged to have taken place in the penalty area by VAR, the 34-year-old stepped up and stroked the spot kick home.

Abraham meanwhile crashed home the third in the 69th minute at Salernitana as a flurry of second-half goals gave Jose Mourinho's team a comprehensive win in the Italian south.

Roma struggled to break down the hosts in the opening period but a double from Lorenzo Pellegrini and a second goal in as many games from Jordan Veretout gave the capital club a deserved win.

Both teams sit in a pack of five on a perfect six points, which also includes leaders Lazio, Inter Milan and Napoli, who earlier got a hard-fought 2-1 win at Genoa thanks to Andrea Petagna's late header.

Italy international forward Petagna, who was named a substitute despite the absences of both Victor Osimhen and Dries Mertens, was reportedly set to join Sampdoria on loan this transfer window.

However, he entered the field with eight minutes remaining at the Marassi stadium in Genoa and two minutes later was wheeling away in celebration after his bullet header gave Napoli the decisive goal.

"I didn't expect to be still here, there's been a lot going on this week, but I wanted to show what I think I'm worth," the imposing forward told DAZN.

"It was great coming on and scoring, but honestly with my shape it's hard work, I need to play more regularly to feel right on the pitch."

Fabian Ruiz had put Napoli in the lead six minutes before the break when he met Matteo Politano's lay-off with a precision left-foot finish from just outside the area.

They got lucky eight minutes after the restart when Goran Pandev's leveler was ruled out for a dubious foul by Aleksander Buksa after Alex Meret crashed into the Pole when rushing out of his goal to collect the ball, dropping it at Pandev's feet.

Genoa academy graduate Andrea Cambiaso did pull the host level in the 68th minute with his ever first Serie A goal, but Petagna denied the former ball boy.

However, Italy international Petagna won the three points for Luciano Spalletti's side when he met Mario Rui's free-kick with a near-post header that flashed past Salvatore Sirigu.

Sassuolo and Sampdoria played out a goalless draw in the other early match, with Emil Audero putting in a great performance in the Samp goal to escape with a point.