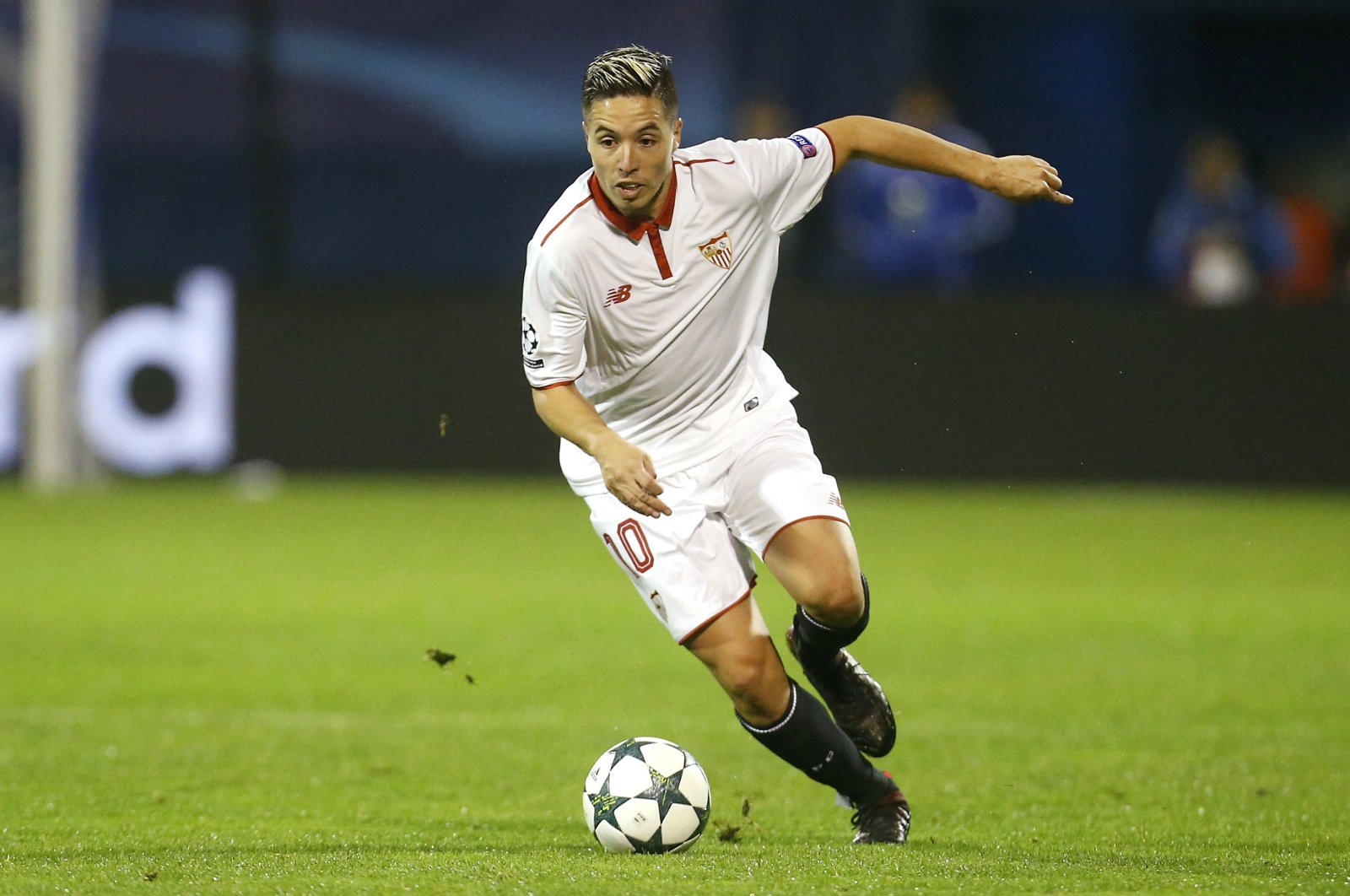 The 34-year-old international announced his decision on Canal+, where he is now a pundit.

Nasri came through at Marseille and transferred to Arsenal in 2008, spending three years at Emirates Stadium before he joined Manchester City.

At City, Nasri won two Premier League titles, a League Cup and a Community Shield. He joined Sevilla on loan in 2016-17 and seemed to have revitalized his career in La Liga, though the move was not made permanent.

A short spell in Turkey with Antalyaspor followed, but Nasri mutually terminated his contract in January 2018, before he received a six-month ban from football from UEFA for breaching WADA rules in December 2016 by receiving an intravenous drip of 500 milliliters of water containing nutrients.

It is that ban that Nasri says made him fall out of love with football, with the playmaker always saying he was innocent.

"One episode hurt me badly and changed my relationship with football: my suspension," he said on Canal+.

"I found that more than unfair, I had not taken any doping product. It was just an injection of vitamins because I was sick. It cut me off in my tracks."

Nasri returned to play with West Ham on a short-term contract in 2018-19, playing five league games in total.

He linked up with ex-City teammate Vincent Kompany at Anderlecht the following season, though it was another ill-fated spell and he was released in 2020.

Of his move to Anderlecht, Nasri said: "There was an emotional side, but also the idea of ​​being a player and also a little in the staff. As I would like to coach, I told myself that I would learn with him (Kompany).

"It didn't go as planned. Then the championship was stopped because of Covid. Afterward, I didn't necessarily want to [play]. No challenge excited me and I couldn't see myself coming back to France if it wasn't Marseille."

Nasri impressed at Arsenal, scoring 18 league goals and setting up a further seven across his three seasons at the club, though injuries often kept his appearances down.

He never quite lived up to the billing at City, though did help the club to their first-ever Premier League crown in 2011-12, while in 2013-14 he scored seven goals and created as many as Manuel Pellegrini's side clinched the title.

His appearances dwindled later in his City career, and he played just 12 times in the league in his final full season at the Etihad Stadium, starting on only four occasions before he was loaned out by Pep Guardiola in 2016.