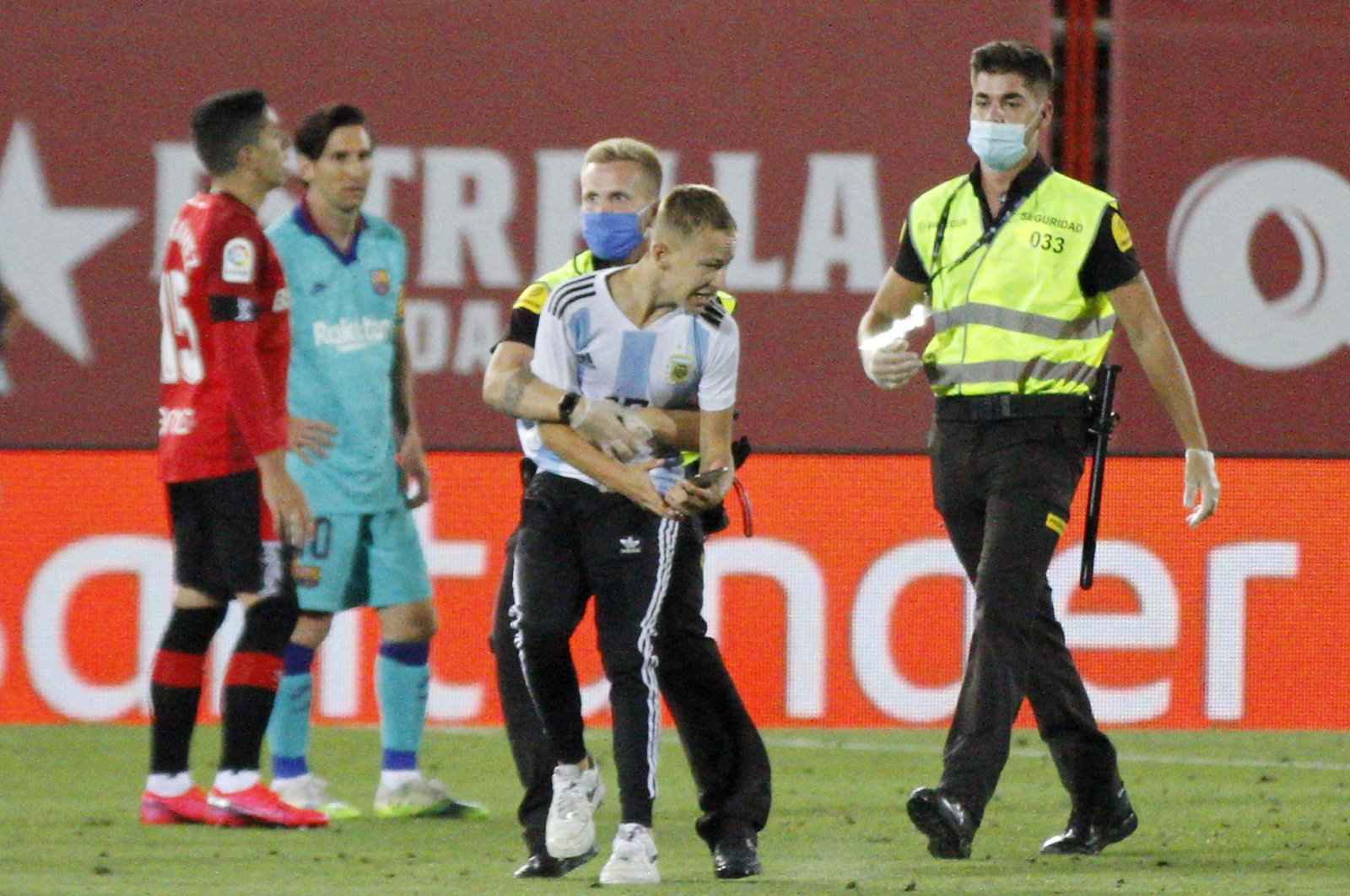 While no spectators are allowed at La Liga games to curb the spread of the coronavirus, the restrictions could not dissuade one Lionel Messi fan from sneaking into Barcelona's away game against Real Mallorca on Saturday.

Clad in an Argentina shirt with Messi's number 10 on the back and holding his phone, the fan calmly walked onto the pitch in the 52nd minute and approached Barca defender Jordi Alba before heading toward Messi.

The intruder was tackled by security guards before he could make any contact with the six-times world player of the year, while two police officers helped remove him from the pitch.

The fan later told Spanish radio station Cadena Cope he was a French national living in Mallorca and that he had scaled a two-meter fence to enter the stadium shortly before halftime.

"I had planned this ever since I knew the match was happening, I wanted a photo with Messi and to meet him because he's my idol," he said, declining to give his name.

"I got a photo but it wasn't a very good one and the police made me delete it. I stopped with Jordi Alba to tell him I was going for Messi. It was a nice experience."

Only 229 people are allowed to enter stadiums for matches from now until the end of the season under the league's latest protocol on resuming the campaign.