Fenerbahçe bounces back with Karagümrük win 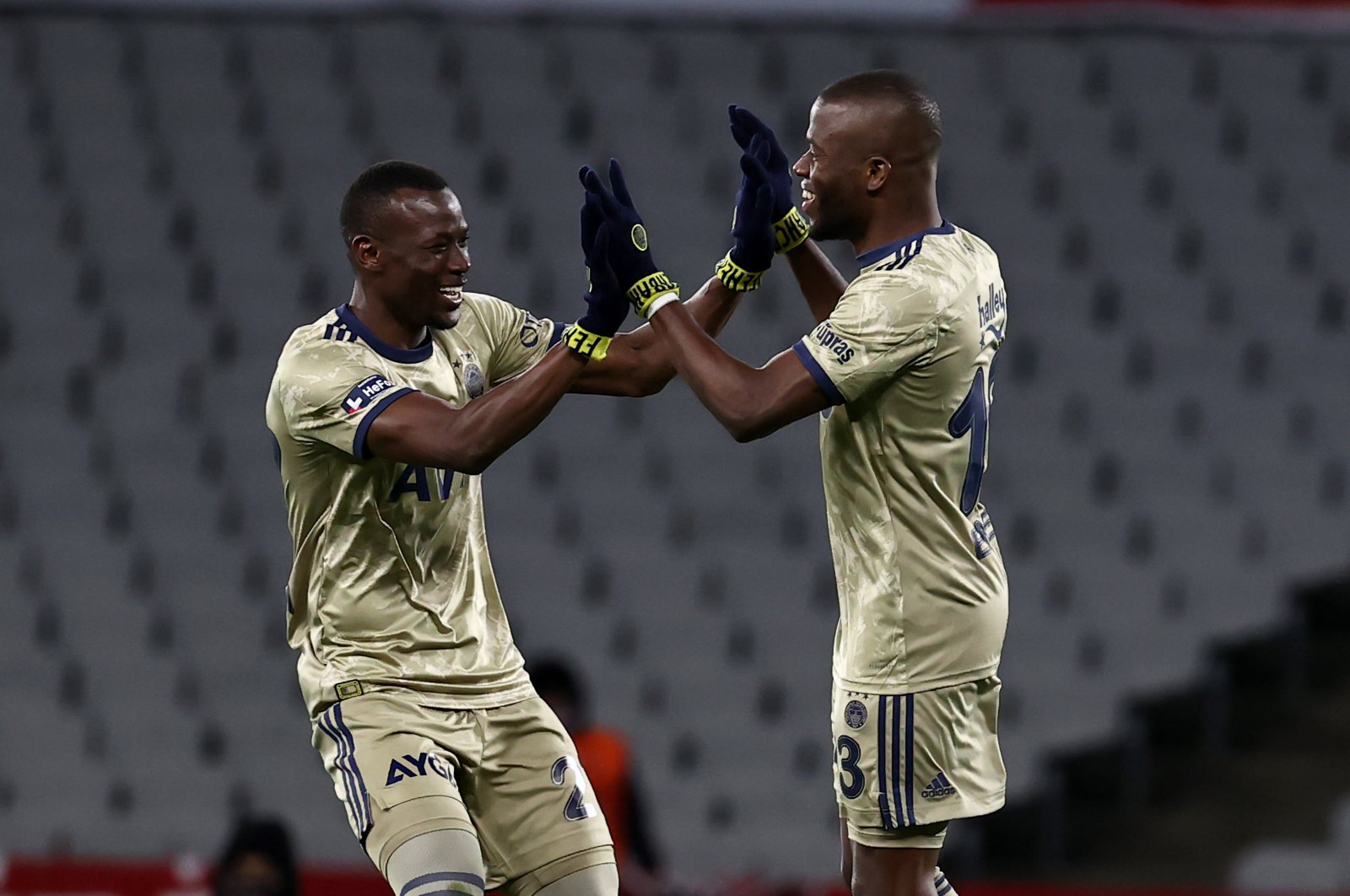 Istanbul powerhouse Fenerbahçe took a three-point lead in the Turkish Süper Lig with a 2-1 win over Fatih Karagümrük at the Atatürk Olympic Stadium on Saturday.

The hosts had a golden opportunity to take the lead in the 13th minute but Kemal Ademi, who was set up by Jimmy Durmaz, failed to beat Fenerbahçe’s young goalkeeper Altay Bayındır.

The Yellow Canaries had lost their last two games in all competitions – with the last league defeat being a 1-0 home loss to Galatasaray in the Istanbul derby.

Fener’s Senegalese international Mame Thiam opened the scoring for his in the 19th minute when he drilled home a Mesut Özil free-kick from the right past Karagümrük goalkeeper Aykut Özer.

Thiam came close to doubling the lead in the 39th minute, but his shot off an Özil rebound was cleared by Özer.

The visitors eventually extended the lead through Enner Valencia in the 53rd minute with a stylish finish from an Ozan Tufan pass.

Karagümrük’s Fabio Borini made the score 2-1 with a powerful shot but it came short to secure a point. In the end, Şenol Can’s side suffered the first loss in four league games.

Fenerbahçe now has 51 points from 24 matches at the top of the Turkish league, while Fatih Karagümrük is at the eighth spot with 37 points.

The other three of Turkish football’s Big Four – Galatasaray, Beşiktaş and Trabzonspor – are hot on Fenerbahçe’s tail with 48 and 45 points, respectively.