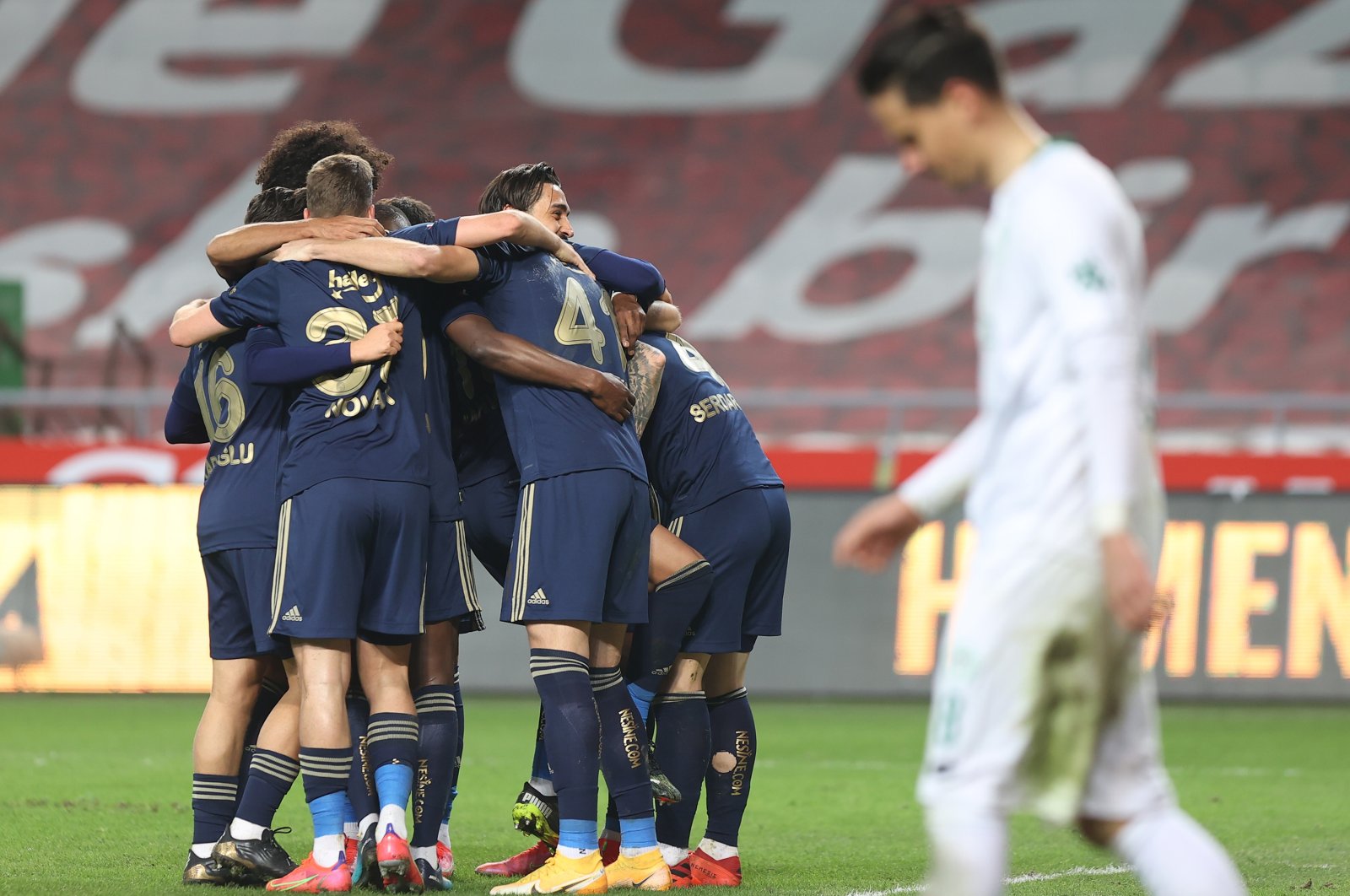 Fenerbahçe players celebrate after a goal at MEDAŞ Konya Büyükşehir Belediye Stadium against home side Konyaspor during a Turkish Super Lig match on Mar. 9, 2021 (AA Photo)
by Anadolu Agency Mar 09, 2021 12:13 am
RECOMMENDED

Visitor Fenerbahçe took the lead in the first half at MEDAŞ Konya Büyükşehir Belediye Stadium when Hungarian defender Attila Szalai scored from close range in the 29th minute.

In the 90th minute, Turkish central defender Serdar Aziz sealed the game as 3-0.

Sehic failed to hold on to the ball after Fenerbahçe winger Ferdi Kadıoğlu whipped in a corner kick. Aziz used the opportunity to score in an open net.

In the second half, Fenerbahçe's Greek midfielder Dimitris Pelkas left the pitch on a stretcher, his head hurt by a collision with his opponent Nejc Skubic.

With the away victory, the Yellow Canaries boosted their points to 58 in the Super Lig standings led by archrivals Beşiktaş, who has bagged 60 points in 27 matches.

The "Big Three" Beşiktaş, Galatasaray and Fenerbahçe are in a fierce title race in the 2020-21 season.

In a separate match, Trabzonspor lost to Aytemiz Alanyaspor 3-1 at home.