Fenerbahçe, Galatasaray pick up pace ahead of Istanbul derby 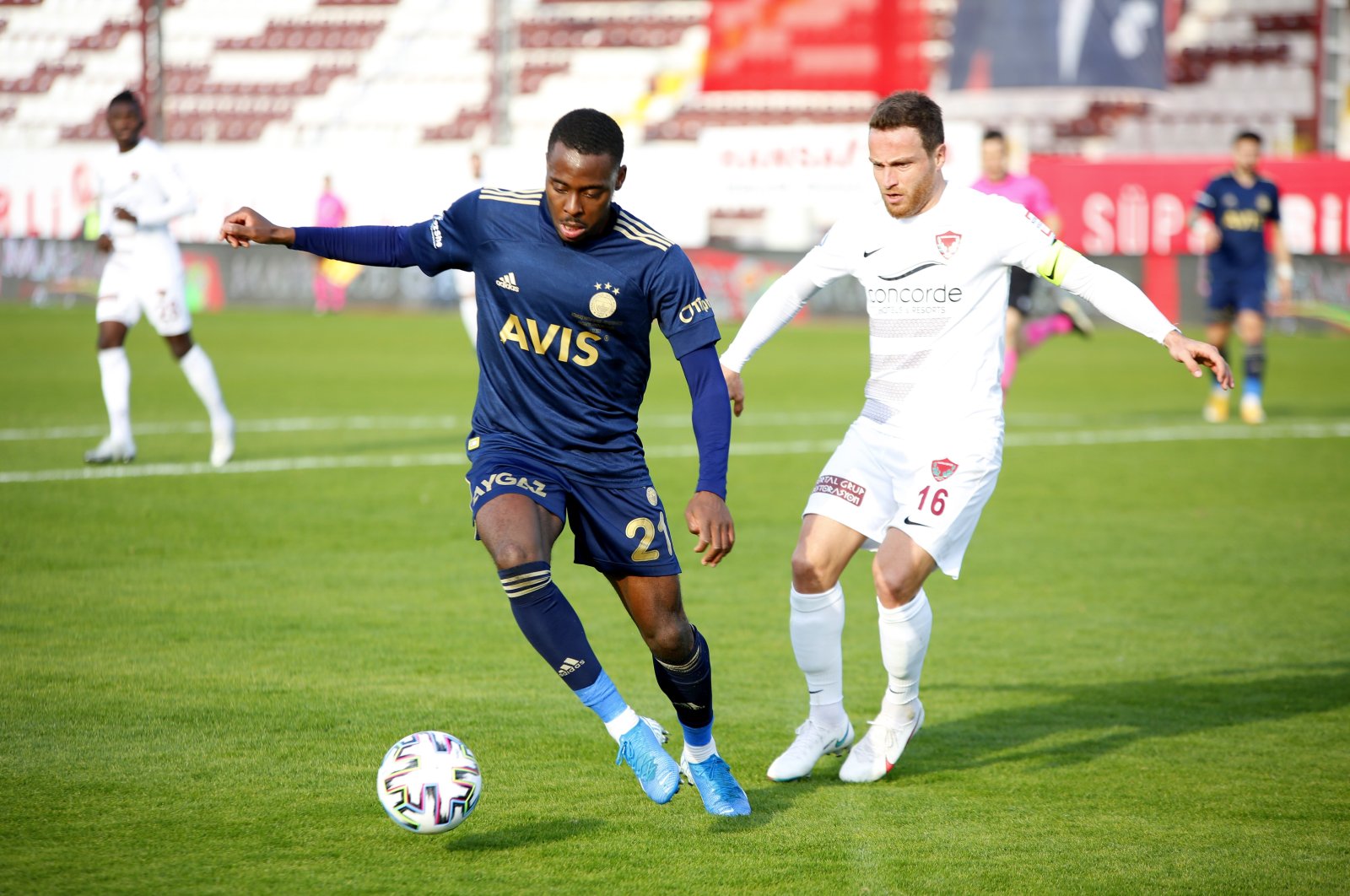 Turkish giants Fenerbahçe and Galatasaray both picked up the pace, winning their respective matches ahead of the much-anticipated Istanbul derby this weekend.

Fenerbahçe sealed a narrow 2-1 win over Hatayspor and extended its lead at the top of the table on Tuesday.

Mame Thiam scored the opener for the away side in the 26th minute, while Jean-Claude Billong's own goal doubled Fenerbahçe's lead in the 88th minute.

The Yellow Canaries' latest signing Mesut Özil, made his debut for the side when he subbed on in the 76th minute.

Hatayspor came close to scoring a couple of times but was denied by an inspired showing from its 22-year-old goalkeeper Altay Bayındır.

The side from southeastern Turkey finally found a consolation goal through Aaron Boupendza. The Gabonese striker scored a screamer in the 89th minute to take his goal tally to 16 in 20 matches this season.

With the win, Fenerbahçe now has 48 points in 22 matches while Hatayspor ranks seventh with 35.

On the same night, the other Istanbul powerhouse Galatasaray picked up a crucial 3-0 win against current champion Başakşehir.

The Lion’s defensive midfielder Ryan Donk scored one and made another by helping his side pass Beşiktaş to take the second spot in the points table.

Başakşehir had an early opportunity to score from the spot but was denied by Galatasaray veteran Fernando Muslera who made a brilliant save in the 22nd minute.

The Yellow-Reds’ marksman Henry Onyekuru then opened the scoring, with a header on a Donk cross, just before the end of the first half.

Donk was in the mix once again in the 64th minute picking up a perfect Younes Belhanda corner to score the second goal for his side.

Galatasaray sealed the game with a third in the dying minutes of the match. Left-winger Onyekuru was fouled inside the box and was awarded a penalty. Galatasaray’s new signing, Egyptian center forward Mostafa Mohamed converted from the spot to make it 3-0.

The Lions now have 45 from 22 games and are hot on the tail of leader Fenerbahçe.

The two will now face off for what is arguably Turkish football’s biggest rivalry, the Istanbul derby, scheduled for Feb. 6.