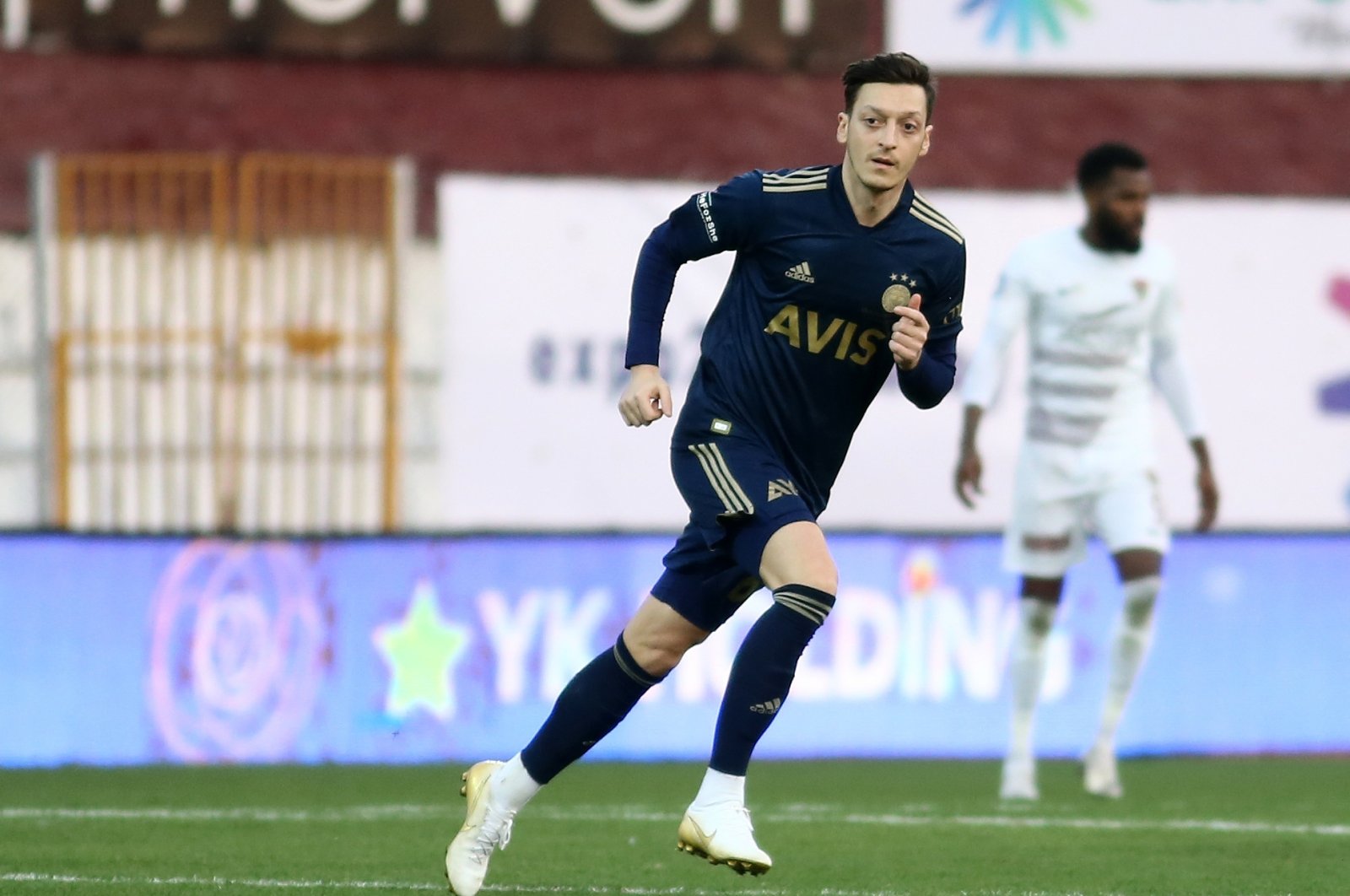 German football star Mesut Özil made his debut for Fenerbahçe on Tuesday in a Turkish Süper Lig clash against Hatayspor.

Özil came on the pitch in the 77th minute, replacing Mame Thiam, who scored the first goal in Fenerbahçe's 2-1 away win.

Özil's last match for his previous club, Arsenal, was back in March 2020, a week before football was suspended due to the outbreak of the coronavirus. Since then, he has been frozen out of the squad by coach Mikel Arteta.

"Overwhelming feeling to have made my debut for (Fenerbahçe)," Özil said in a tweet after the match.

Overwhelming feeling to have made my debut for @Fenerbahce_EN And congrats to the whole squad - 3 crucial points. Special thanks to our goalkeeper @AltayBayindir_1 #YaFenerYa

The German of Turkish descent terminated his contract with Arsenal in January and signed a 3.5-year deal with Fenerbahçe during an official unveiling ceremony last week.

In the match, Fenerbahçe took the lead in the 26th minute after Hatayspor goalkeeper Munir saved Thiam's headed effort, but the ball deflected back to the Senegalese winger and then into the net.

Two minutes before the end of the regular time Özil passed the ball to the right wing to Ferdi Kadıoğlu, who crossed it into the penalty area only for Hatayspor's Jean-Claude Billong to put it into his own goal.

Aaron Boupendza's beautiful half volley goal into the top right corner in the 90th minute came only as a consolation for Hatayspor.

Following the win, Fenerbahçe remained at the top of the Süper Lig, four points clear of Beşiktaş who has one game in hand.