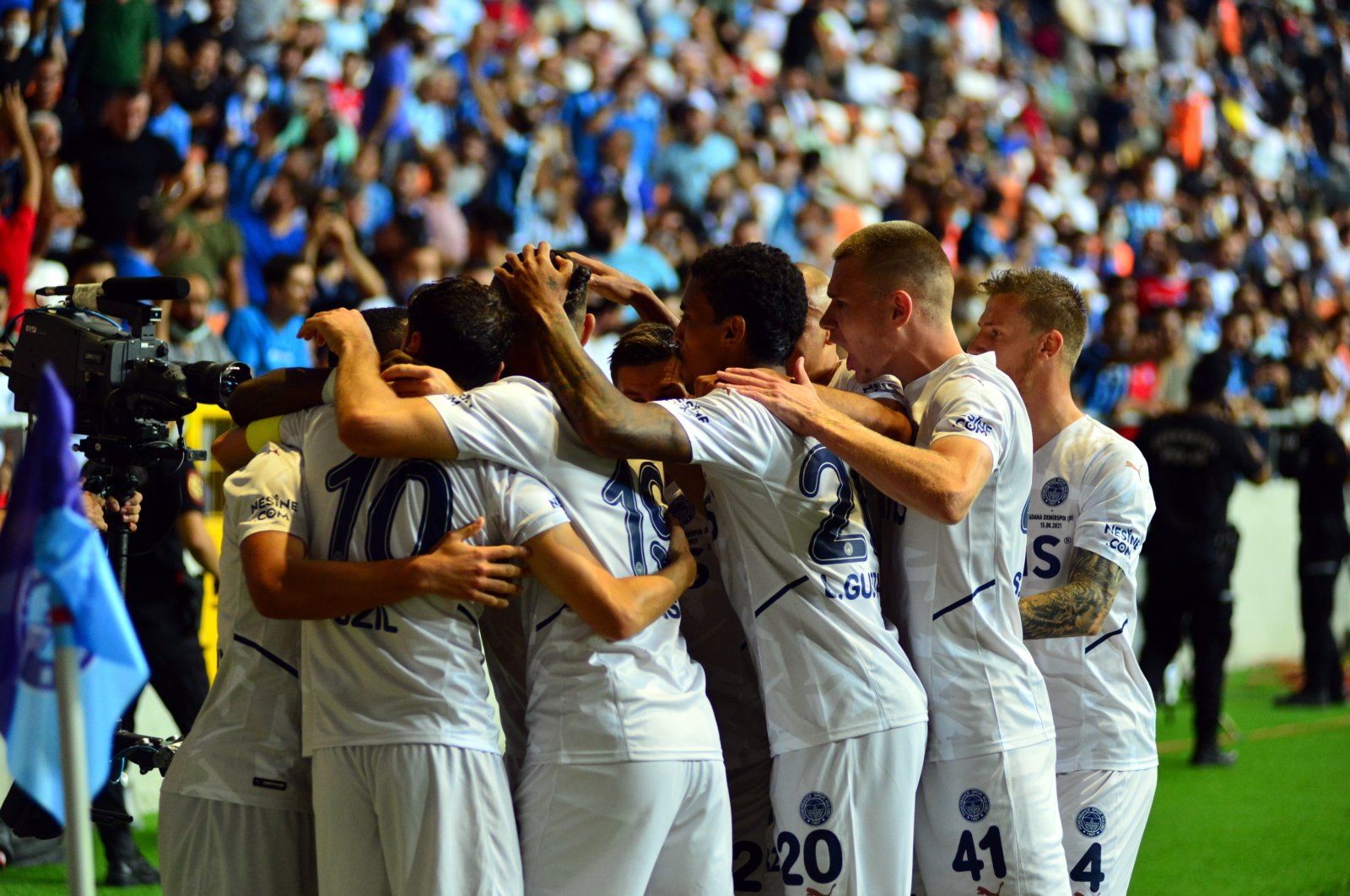 Fenerbahçe in its season opener against Adana Demirspor gave mostly good signals about the team. Manager Vitor Pereira definitely stabilized the defensive part of the game, a huge achievement on such short notice. If Pereira sticks to the three-men defense, Fenerbahçe will not concede easy goals this season.

As soon as the ball goes to the opponent, Fenerbahçe's defense can become a five-man unit. On the left wing, Ferdi Kadıoğlu constantly helped Filip Novak. On the right wing, Bright Osayi-Samuel did the same for Marcel Tisserand.

It will not be easy to score a goal against Fenerbahçe if the front of the center is blocked by Miha Zajc and Luiz Gustavo, as soon as the defense falls into a five-man formation. Atilla Szalai is a player with a good aerial and passing control, which helps make the defense to offense transitions smoother.

However, the fact that the defense is structured by these principles, does not mean all the other problems have been solved. The details I explained above describe how Fenerbahce defend against opponents in its own half. But the plan does not offer any passing strategies that form the basis of attacking plans.

The Fenerbahçe defense did not organize enough opening passes against Adana Demirspor. Although one reason for this was Adana Demirspor's unwillingness to press high up the pitch. It simply left the area but Fenerbahçe could not consistently pass its way out of its own half either.

The main problem of not having a proper passing strategy is the existence of Mesut Özil. If a team has Mesut Özil, that team cannot play long, vertical balls. Either you give up on this game plan or you give up Özil.

However, since Özil is one of the best playmakers of all time, an offensive plan with him must be very well-knit.

Long, direct balls make the game chaotic and leave Fenerbahçe forwards alone up front. This inconsistency means Pereira is yet to come up with a clear offensive plan. Nevertheless, he needs and, with this defensive game, deserves more time to build this plan.

Adana Demirspor, on the other hand, does not seem to have a clear defensive or offensive plan yet. If manager Samet Aybaba thinks throwing the ball from midfield into the final third is a game plan, Adana Demirspor should be worried about the upcoming games. The presence of Mario Balotelli does not legitimize this chaotic game either.

In the match against Fener, Balotelli proved himself to be a sufficient target man for the Turkish Süper Lig. So, instead of crossing the ball countless times to Balotelli, Aybaba should devise a plan that would create time and space for Balotelli's final shots. Younes Belhanda together with Gökhan İnler could be important parts of this plan.

Honestly, I could not understand what strategic style Aybaba had employed. While the counterattack plan seems to favor the defensive style, the lack of order in the defense says something else. The mere existence of Balotelli and Belhanda do not make a team "attacking" and it would be a very dangerous mistake to think so. If Aybaba and his team want to stay in this league for a long time, Demirspor must transform into a strong defensive team.