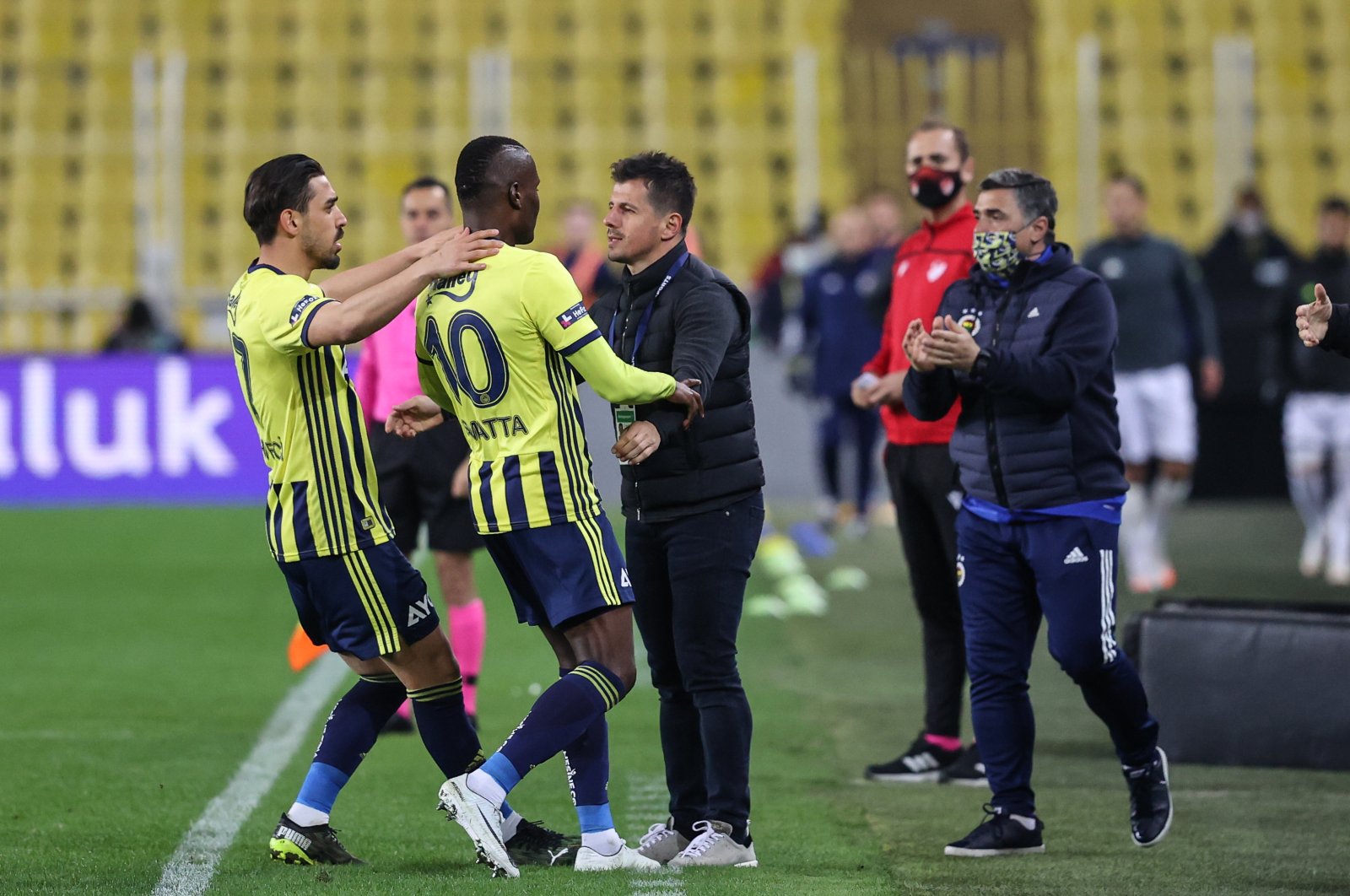 After two games, we finally have an idea about the strategies and tactics of new Fenerbahçe coach Emre Belözoğlu. Belözoğlu won his first, and probably the most crucial game, against Denizlispor but lost two points against Yeni Malatyaspor in his second game.

While the first game pushed Fenerbahçe back into the title race as Beşiktaş and Galatasaray suffered surprise defeats, the second game was a serious blow as the Black Eagles beat Alanyaspor with a 3-0 hammering.

With a game at hand, Beşiktaş is now four points ahead of Fenerbahçe. With eight more matchdays to go, Fenerbahçe must win all of its remaining games until the end of the season. The club has spent a fortune on transfers this year and faces a serious financial risk if they are unable to get the Champions League ticket – worth 15 million euros ($17.8 million).

The risk is so big that the club fired coach Erol Bulut ahead of the international break and appointed former sporting director Emre Belözoğlu as the new coach.

However, after watching Belözoğlu’s last two games, I can assure you that it is the Fenerbahçe administration that has taken charge of the club. The team returned to its old practices such as trying to dominate the game without a proper plan and bringing four forwards on to score a goal. Almighty Canerball has also returned, as the keys to the left wing have apparently been given to Caner Erkin and his glorious crosses.

These were all the things Fenerbahçe executives pressed former Bulut to do, while he tried to establish a solid defensive game first. Belözoğlu, on the other hand, agrees with the management and thinks that Fenerbahçe should play a careless, chaotic attacking game at all costs. It looks like Fenerbahçe’s executives and Belözoğlu think that we are still in 2007 and the poor Anatolian teams are waiting for Fenerbahçe in their penalty box with 10 men.

Unfortunately for Fenerbahçe and Belözoğlu, those days are long gone. Now almost every team in the Süper Lig knows how to disrupt its opponent’s game. It is impossible to win games by simply throwing more strikers into the penalty box and crossing the ball endlessly.

The reason, which no one in Fenerbahçe thinks about, is simple: How do you get the ball to the opponent’s penalty box in the first place?

In this “Fenerbahçe manages Fenerbahçe game plan” there is no thought put into how to get the ball even into the opponent’s half. Although the team has probably the best midfield line in the Süper Lig with Luiz Gustavo, Ozan Tufan, Mert Hakan Yandaş, Irfan Can Kahveci, Dimitrios Pelkas, Jose Sosa and Mesut Özil, no one thinks about the defensive build-up.

It is beyond my comprehension that this great squad depth is going to waste playing a game that died 15 years ago. My ironic guess is that under Fenerbahçe’s extremely daring old-fashioned game lies a fear of playing an organized game.

Belözoğlu and his crew probably think that possessing the ball and building a game creates the danger of losing the ball in Fenerbahçe’s half. So, instead of taking this risk, they bypass the midfield and turn the game into a series of blind kicks between two sides.

In this game plan, Fenerbahçe’s individual talents must create magic to save the day, which explains why the team tried countless long shots against Yeni Malatyaspor.

Honestly, this game looks far behind the game Beşiktaş plays, which at least has some sort of collective pattern and repeatability. If Belözoğlu does not change his strategy to a more organized game next week, Fenerbahçe might close this season earlier than its archrivals.