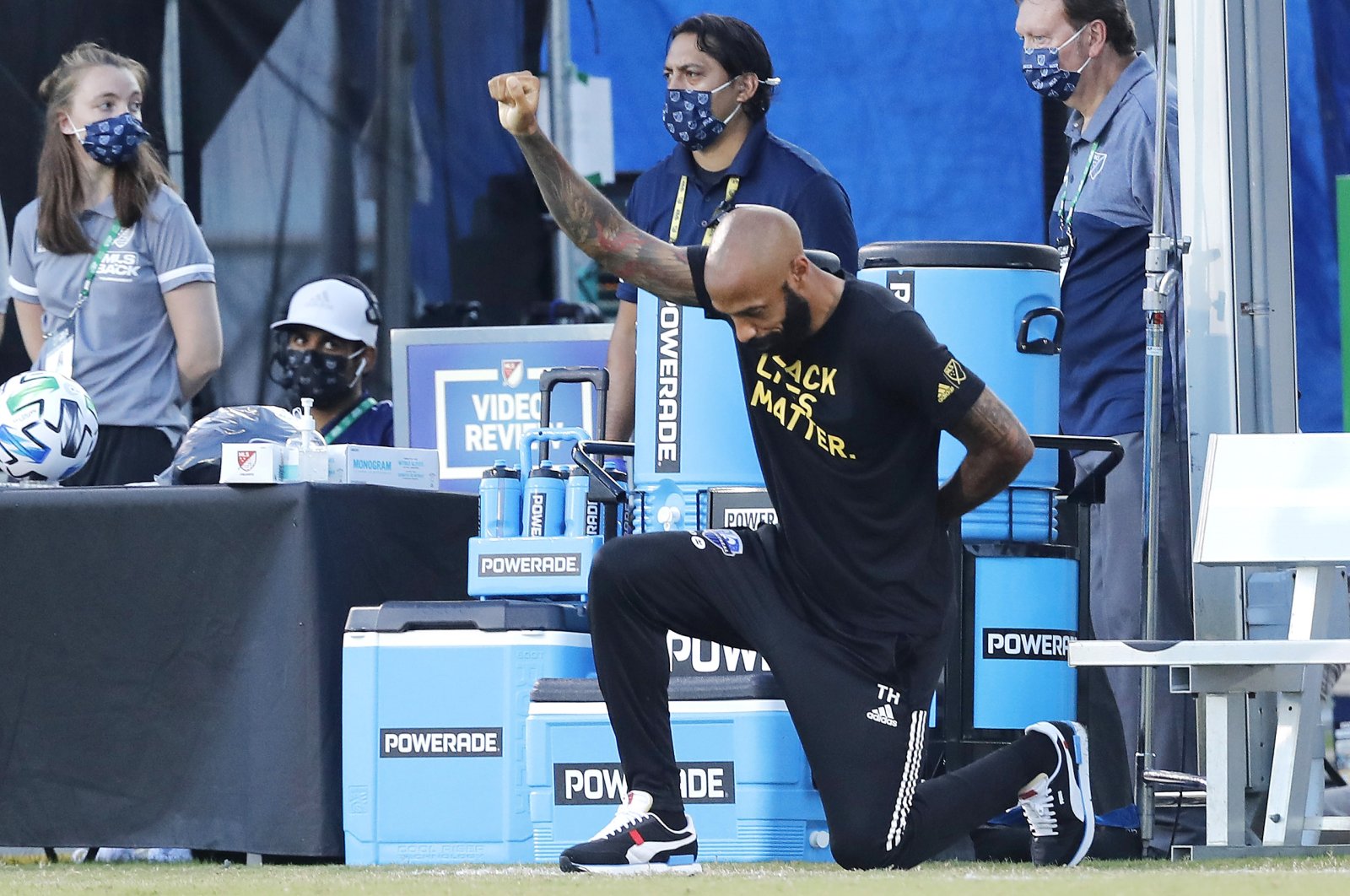 Montreal Impact head coach Thierry Henry takes a knee in support of the Black Lives Matter movement prior to the Group C football match between Montreal Impact and Toronto FC as part of the MLS Is Back Tournament at ESPN Wide World of Sports Complex in Reunion, Florida, July 16, 2020. (Getty Images)
by French Press Agency - AFP Mar 27, 2021 9:43 am
RECOMMENDED

Former French national team striker Thierry Henry has said he is quitting all social media until platforms do more to tackle racism and harassment, becoming the latest celebrity to scale down their online presence over abuse.

In a statement shared with his combined 14.8 million followers on Twitter, Facebook and Instagram, the former Arsenal player said he would remove himself from all social media as of Saturday.

"The sheer volume of racism, bullying and resulting mental torture is too toxic to ignore," he wrote, calling for greater "accountability" online.

"It is far too easy to create an account, use it to bully and harass without consequence and still remain anonymous," he added.

"Until this changes, I will be disabling my accounts across all social platforms. I'm hoping this happens soon."

Like many tech giants, Twitter is under increasing scrutiny for facilitating torrents of invective against users, commonly from anonymous accounts, in posts that are often racist or misogynistic.

Last month, the leaders of English football asked the heads of Facebook and Instagram on Thursday to show "basic human decency” by taking more robust action to eradicate racism and for users' identities to be verified. There has been growing outrage that players from the Premier League to the Women's Super League have been targeted with abuse on Twitter and Facebook-owned Instagram.

Henry, the all-time top scorer for France, has long been outspoken on the issue of racism in football and vocal about his own struggles as a high-profile black player.

Twitter said in a statement last week that there was "there is no room for racist abuse" on its platform and that it was working to crack down on abuse against footballers.

"It's time for me to say goodbye," she wrote in a tweet Wednesday, shortly before deactivating her account, which had more than 13 million followers.

"My desire to be liked and fear of pissing people off has made me somebody you didn't sign up for, and a different human than I started out here as! Live well, tweeters."