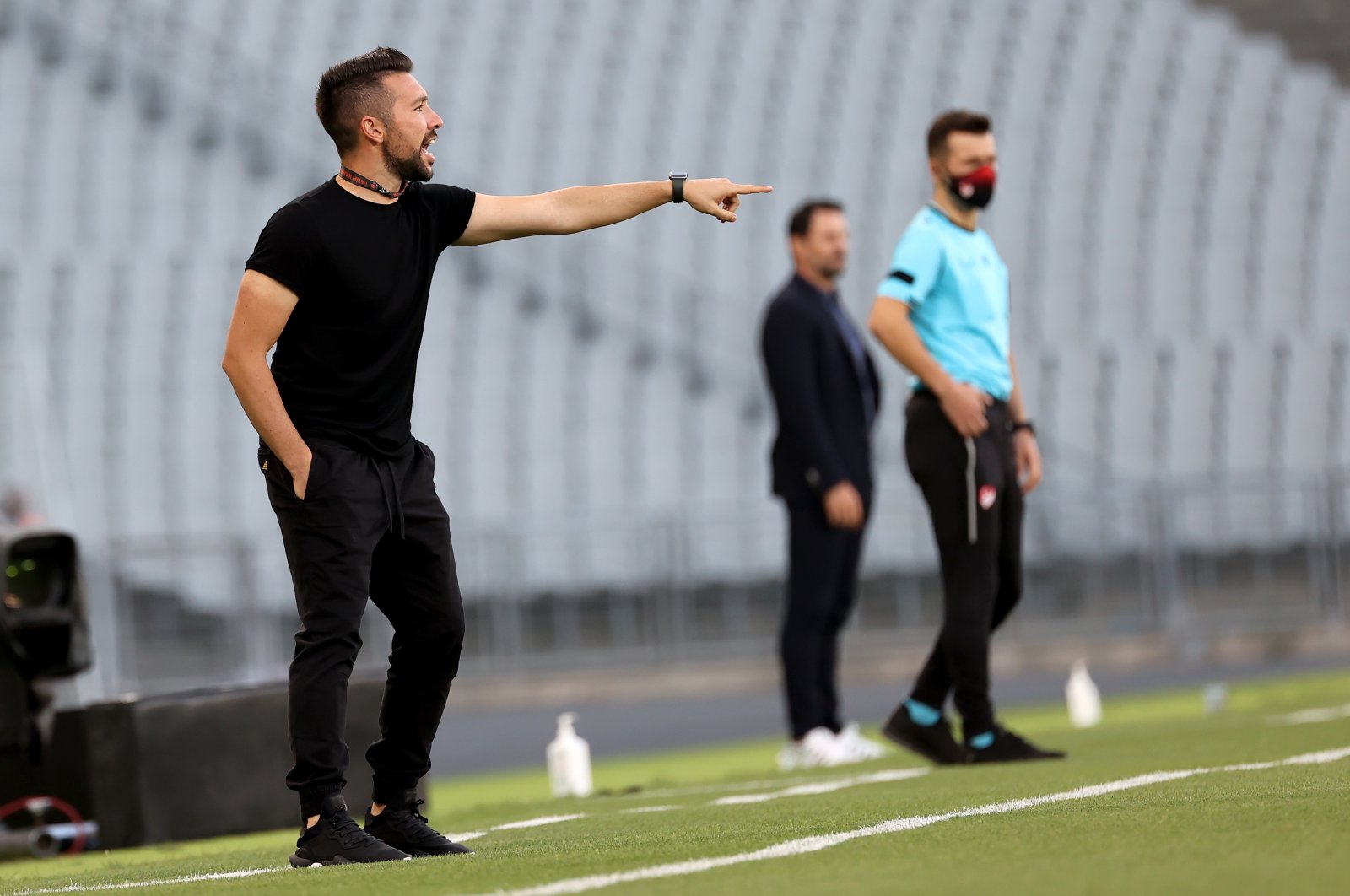 Süper Lig side Fatih Karagümrük is spearheading a silent revolution in Turkish football under the tutelage of its Italian manager Francesco Farioli. With four points in two games, it may have not made the most stunning start to the Süper Lig, but it surely plays the most sensational game, in my opinion. Its defensive build-ups, in particular, should be part of the curriculum at football schools run by the Turkish Football Federation (TFF).

Farioli and his crew have shown the rest of the league how slow organization can work better than fast chaos.

I think no other Süper Lig manager gives so much responsibility to their central defenders than Farioli. His central duo, Mehdi Benatia and Ervin Zukanovic determine the direction and pace of the game in each position. Their controlled and organized collective action allows Fatih Karagümrük to bring the ball to the opponent’s half with multiple players. Unlike other direct teams in the Süper Lig, Karagümrük has no lone forward playing against five-man defenses. Even though its build-up can be slow, it always has passing options.

This gives Karagümrük players a great time and space advantage over their opponents. It is able to pick the options until the very last moment, up to the point the opponent either commits itself to press or is about to commit. This “last moment” strategy lets Karagümrük create more opportunities as opponents try to press a well-organized passing pattern without an equally organized pressing pattern. Karagümrük, albeit slow, is then able to find the best option and bring the ball with multiple players.

Karagümrük's game is the product of a well-thought-out plan. There is no doubt about it. The successful execution of the game by its two central defenders is another great innovation in Turkish football. These defenders form a great connection, especially with Lucas Biglia. The slow movements of the two defenders primarily ensure that Biglia is in a favorable position all the time.

However, when other players demand the ball to their running lanes, instead of directly to their feet can sometimes create problems. When this happens, Karagümrük immediately loses some passing options and the attacks become more chaotic. The issue becomes clearer against opponents who wait in the midfield, instead of pressing high.

For instance, against Rizespor that was the main reason Karagümrük could not create many opportunities. Given Farioli fixes that issue soon, his side can be the season’s surprise package.