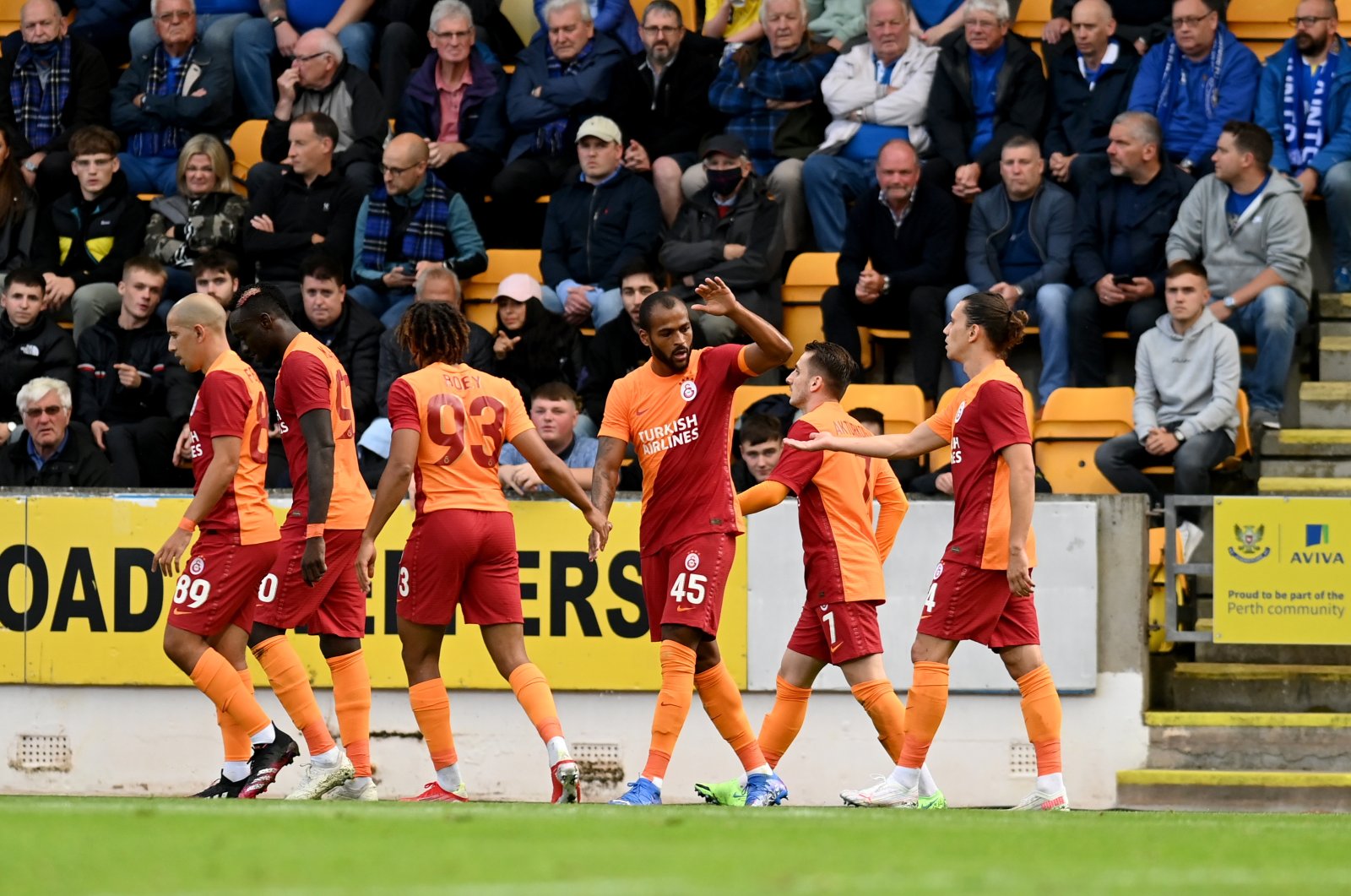 Galatasaray defeated Scotland’s St. Johnstone 4-2 late Thursday in the UEFA Europa League third qualifying round to continue its journey in the Cup 2.

In the match played in the Scots’ McDiarmid Park, the first goal was scored by the Yellow-Reds’ striker Mbaye Diagne at the 29th minute.

The Scots equalized the score as Jason Kerr sent the ball to the net at the 36th minute, concluding the score for the first half.

The Lions’ Kerem Aktürkoğlu brought the score to 2-1 at the 64th minute as Algerian midfielder Sofiane Feghouli widened the lead to 3-1 at the 70th minute.

Toward the end of the match, Galatasaray’s Kerem Aktürkoğlu brought the score to 4-1, while St. Johnstone’s Michael O’Halloran concluded the score minutes later as 4-2.

The first match ended in a 1-1 draw in Istanbul's Fatih Terim Stadium.

With the result, Galatasaray will play against Denmark's Randers FC in the UEFA Europa League playoffs to qualify for the group stage.