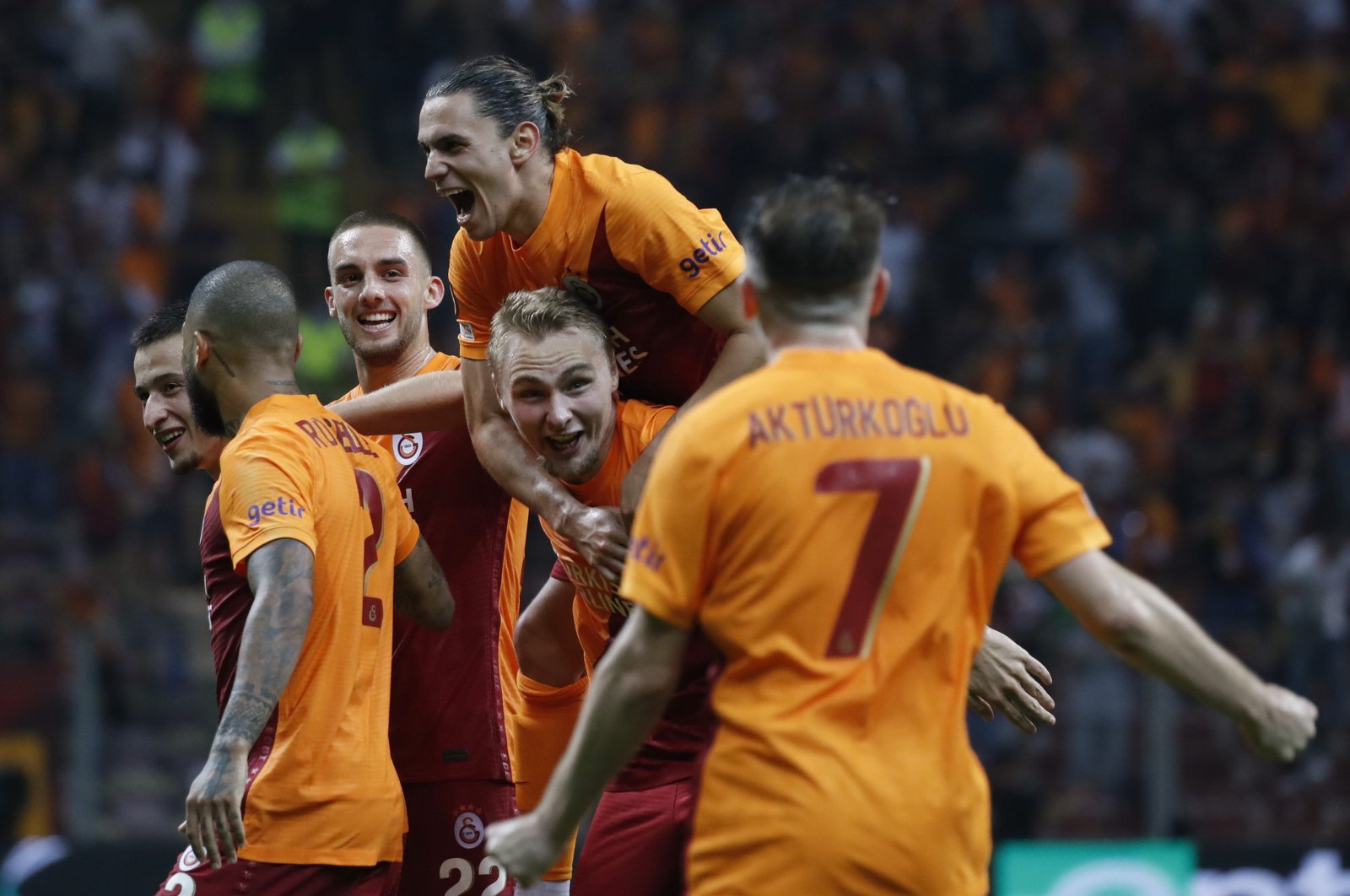 UEFA Europa League matches wrapped up on Thursday with Turkey’s two representatives, Galatasaray and Fenerbahçe, seeking to cement their places in their group.

Both teams have already secured spots in European competitions and Thursday’s games will decide their places in their groups. The matches will be a prestigious occasion for two teams who lag behind their rivals in the domestic Süper Lig.

Galatasaray will visit Lazio in Group E’s last game. The Lions will conclude their Europa campaign as group leader if they don't lose to the Italian side. They already qualified for playoffs with a Champions League rival but group leadership, even one point, will give them an opportunity to switch to the last 16 round in the Europa League.

The team’s veteran coach Fatih Terim, who suffered from a stomach problem, joined the team at the last minute on Wednesday as they traveled to Italy. But the team will miss Romanian midfielder Alexandru Cicaldau, who tested positive for COVID-19 last week. Sasha Boey, who suffered from an injury, will also miss the game while Oğulcan Çağlayan, Aytaç Kara, Gustavo Assunçao and Fatih Öztürk were not included in the lineup.

The Lions did not concede any of the past five matches where they recorded three wins and two draws that brought them 11 points, ahead of Lazio. Their first match in Istanbul ended with a 1-0 victory for Galatasaray.

Fenerbahçe will host Eintracht Frankfurt in its last Europa League game. It already has enough points to wrap up its campaign in the third spot of Group D and is qualified for the UEFA Europe Conference League.

The Yellow Canaries had challenged the Bundesliga's side twice in European competitions in its history, and this will be its 13th encounter with a German team in international tournaments. Fenerbahçe’s campaign was less successful than Galatasaray and it has secured only one win so far, languishing in the third spot with five points. Their first game against Eintracht Frankfurt ended up with a 1-1 draw. The Fenerbahçe lineup will not include Enner Valencia, Altay Bayındır, Mert Hakan Yandaş, Miguel Crespo, Burak Kapacak and Serdar Dursun, players who helped the Yellow Canaries to reach third place in the Süper Lig. Coach Vitor Pereira is expected to start with a squad that has had little playing time this season.