Galatasaray impresses in Europe but Fenerbahçe still has issues 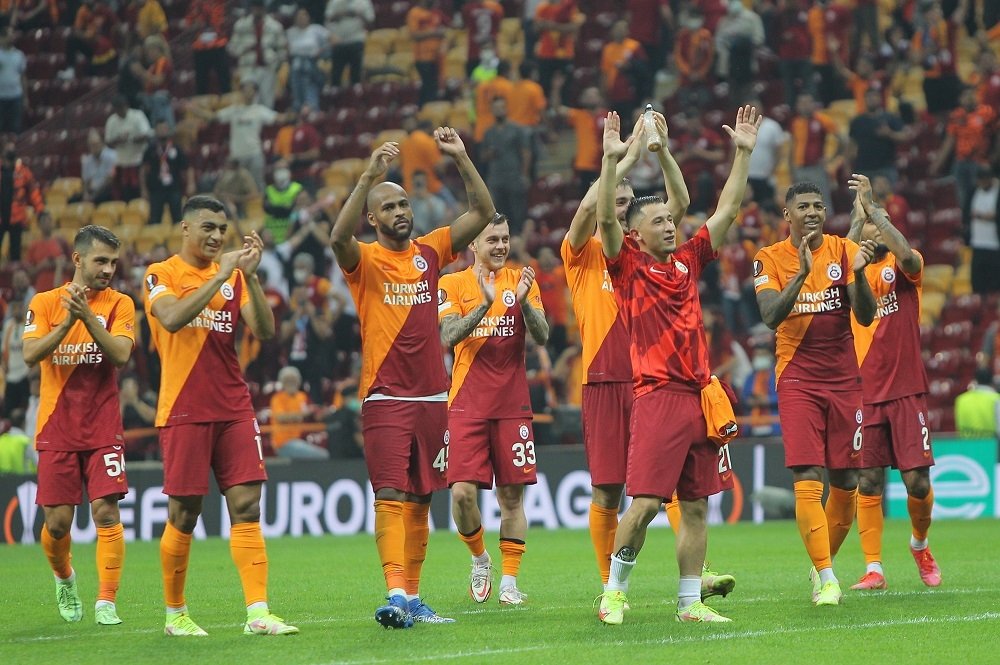 Galatasaray and Fenerbahçe’s Europa League journey got off to good starts, but only the former’s game was impressive.

Coach Fatih Terim's decision to push up his defensive line automatically took Galatasaray’s game up a notch. The narrowed-down space prevented Serie A’s Lazio from dominating possession. As the Italians tried to overcome this by expanding horizontally, it slowed them down and making passing connections became more problematic.

Striker Ciro Immobile was not simply marked, he did not even get an opportunity to run behind the defense. Lazio manager Maurizio Sarri had no tactical cards up his sleeve to catch the Lions’ defense off-guard. So much so that the Brazilian winger Felipe Anderson, the player who Sarri thought would rock the opponent’s defense, had to be substituted. The attempt to expand the offense horizontally rendered even a fast player like Mattia Zaccagni ineffective.

The other improvement to Galatasaray’s game came in the form of Halil Dervişoğlu's vision, which allowed the attackers to act as a single block. Besides making shadow runs, Dervişoğlu also caught the ball and changed the direction of the game with several successful moves.

The trio of Kerem Aktürkoğlu, Olimpiu Morutan and Alexandru Cicaldau are also very talented and dynamic. Their improvisational play along with Dervişoğlu’s vision caught Sarri and Lazio napping.

If Terim can consistently make use of this plan, Galatasaray could turn into a very dangerous team this season.

However, one thing Galatasaray could revisit is keeping all of its attackers in the final third as a block, since it makes defending easier for the opponent. There are simpler ways to sneak Dervişoğlu in behind the enemy line but they must come from the midfield.

The other Istanbul powerhouse, Fenerbahçe looked like it still has some work to do, especially with its defense. It repeated all of the defensive mistakes from the Süper Lig match against Sivasspor. It also took an incredible amount of blind passes and let a mundane Eintracht Frankfurt join the game. Because of these random kicks, the team struggled to hold its five-man defense during Frankfurt transitions. On top of that, the center of the defense was left exposed to Frankfurt attacks, as the central midfielders could not position themselves in time.

To make matters worse, Enner Valencia, Diego Rossi and Mesut Özil did trackback at all. When they did not join the defense, Bright Osayi-Samuel and Ferdi Kadıoğlu were exhausted from running back and forth. Fenerbahçe can afford only one player not joining the defense, and that is Özil. Each team can only carry one exceptional player. When the number of such players increases, defenses fall.

Thankfully for the Yellow Canaries, Frankfurt was not a good team, otherwise, they would have suffered a bitter defeat.

Coach Vitor Pereira should organize his offensive plan slowly as well. It doesn't make sense to play the game so fast and vertically just because there are two fast players on either side.

One reason why his defense fell into a difficult situation against Frankfurt was this fast and vertical game. This is not a sustainable plan for European success.