Galatasaray, Fenerbahçe play out yet another stress-fueled 'meh' derby 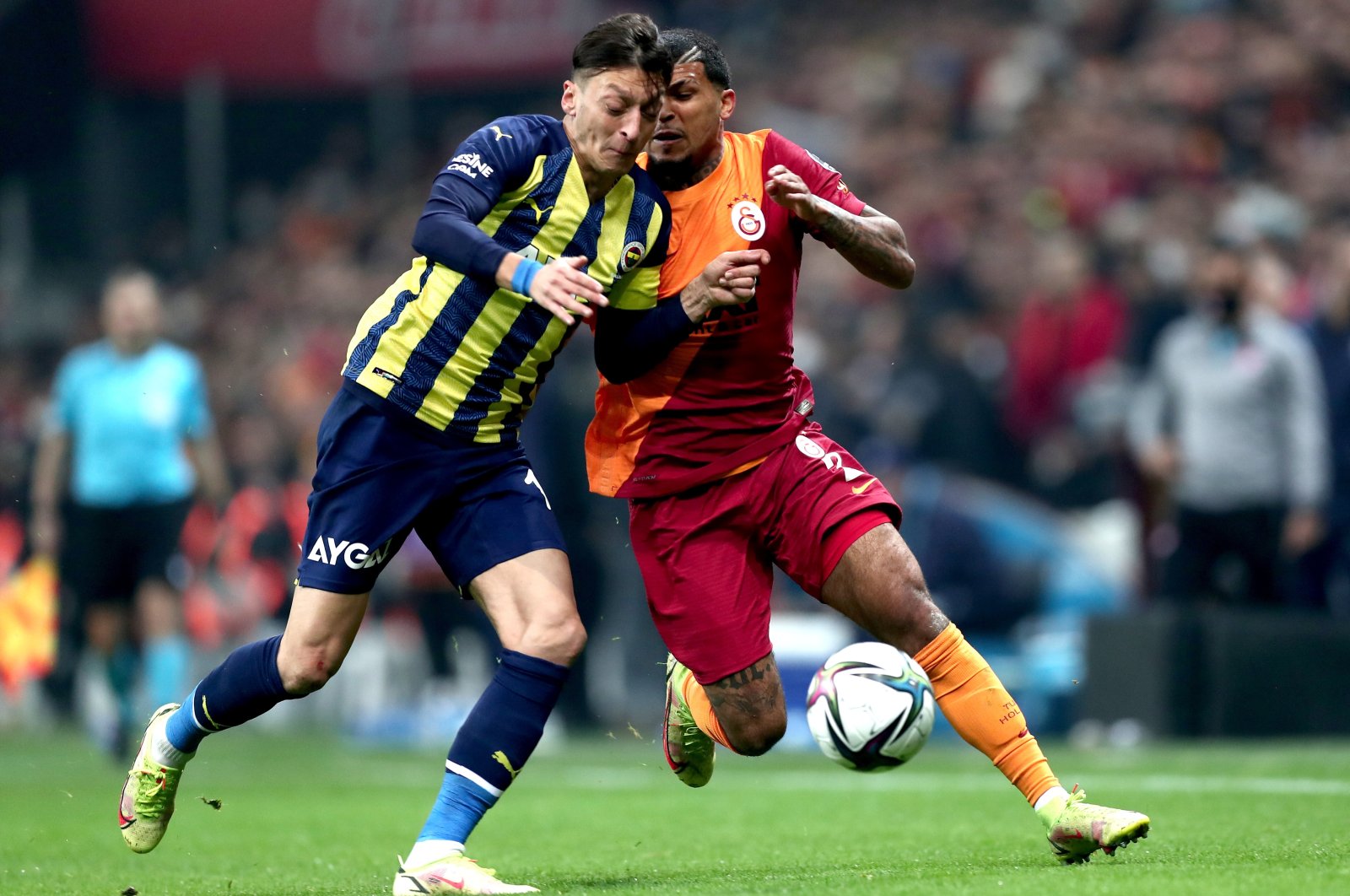 The biggest game in Turkish football was yet again a tour de force of toxic masculinity, hidden behind a facade of a football festival. The on-field brawl in the first half was the moment when the soul-crushing psychology of trying to meet the demands of the match – not the game – exposed itself.

Fortunately, those rowdy moments were short-lived and the atmosphere mellowed down with a spree of yellow cards. Still, the dominant force of the first half of the match was neither intellect, plot nor design, rather it was the extreme stress of both sides, hidden behind their aggressive behavior.

In the first half, both Galatasaray and Fenerbahçe were as controlled as a truck going downhill without any brakes. It is impossible to play the game of football in such an emotional state and as a result, no one was able to push beyond their momentary cognitive skills and broaden the game’s vision.

Furthermore, the teams started the game with a defensive attitude that prioritized physicality. The focus was not to leave time and space for the opponent. They played close to each other and were in constant physical contact. When we add a basic vertical attacking plan to this cortisol salad, it is easier to understand why the match could not save itself from the chaos.

Both sides wanted to score with a shy counterattacking plan and naturally, wanted to deliver long balls to the final third as soon as possible. However, the conditions required for this game plan were not in place. For instance, you need athletic players for a direct and fast-paced game. Even that is not enough. In order to accurately bring the ball to the opponent's penalty area, it is necessary to wait for at least three players to regroup, move with the ball and take their positions in the penalty area. Funnily enough, this is not enough either, since the probability of the opponent repelling a cross is as high as your team hitting it. Thus you’ll need to position at least three more players on the perimeter of the penalty box to recover any rebounds. Lastly, keeping all opponent players in check is also necessary to foil any sudden counterattack.

Neither Galatasaray nor Fenerbahçe successfully met these requirements. As a result, neither could intensify the pressure in the opponent's half or prevent an easy counterattack. This is the reason why the game played out as a box-to-box affair. Even though it was exciting for fans, there was no success for any of the teams and it was definitely a failure. The fact that both sides threatened each other near the goals every two minutes indicates they were completely out of balance.

Finally, when the players got tired around the 60th minute, it was possible to understand what the two coaches had been planning all along. Roughly speaking, Fatih Terim started with Sofiane Feghouli, Halil Dervişoğlu and Kerem Aktürkoğlu in order to slip behind the opponent’s defense. Utilizing the potential of this trio, he invested in creating channels and producing results with well-adjusted passes played by Olimpiu Morutan and Alexandru Cicaldau. The first goal, in a way, validated this plan. Nevertheless, the game is not just about offense; the other side of this game requires stopping the opponent. Weaknesses surface if there is an imbalance between attack and defense. Terim failed to acknowledge this fact, and it cost his team three important points and invaluable morale.

Vitor Pereira correctly read how Terim would interpret this match and start with a four-man defense. The aim was to neutralize Galatasaray attackers without the need for man-marking. The plan was partially effective. I say partially because from time to time Fenerbahçe took positions as if it was playing a triple defense. It had a hard time closing down the center of the defense on all of those occasions.

Pereira may better understand defense than Terim, but he was way behind in the offensive zone. Going forward, it would be unrealistic to make plans without Mesut Özil as the center for this region. Either the attack is planned according to his qualities and abilities, or Fenerbahçe will need another plan that excludes Özil entirely. There seems to be no other way.