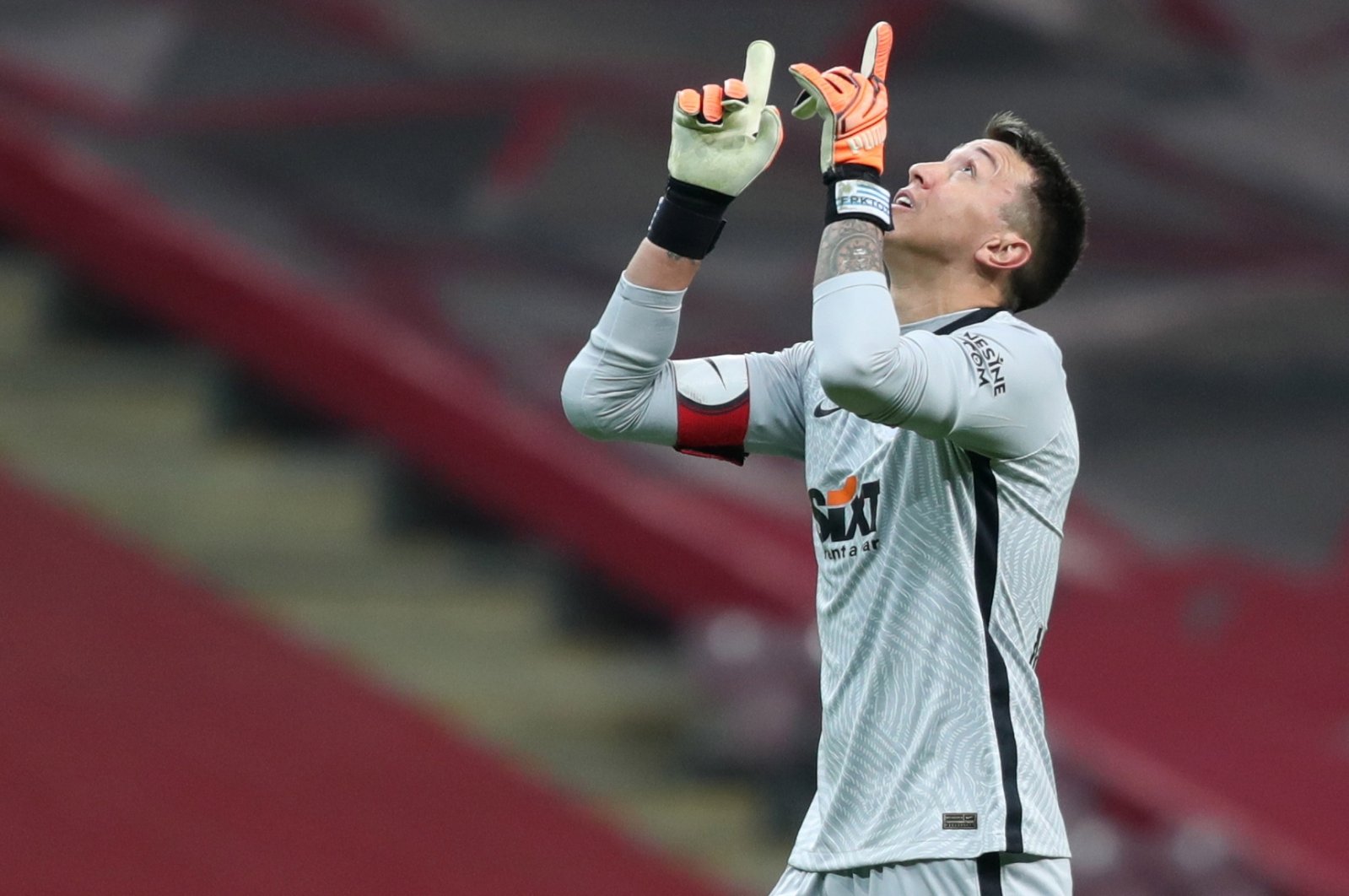 Goals by Emre Akbaba, Sofiane Feghouli and Ryan Donk's gave the Lions a 3-0 lead at the end of the first half at Ali Sami Yen Sports Complex, home to the Lions' Türk Telekom Stadium.

Veton Tusha scored to make it 3-1 at the beginning of the second half but the Yellow-Reds were in control and got an easy 6-1 win as Denizlispor's Muhammet Özkal scored an own goal while Younes Belhanda and Jesse Sekidika also scored one each.

Galatasaray's goalkeeper Fernando Muslera returned to the pitch after being out for 220 days following an injury to his right leg.

Muslera underwent surgery after sustaining a tibia and fibula (tib-fib) fracture after colliding with Çaykur Rizespor's forward Milan Skoda during a league match in June.

Galatasaray players were in better spirits with the decisive victory, especially after last week's loss to Beşiktaş, as the Lions jumped to third place with 36 points while Yukatel Denizlispor is at the bottom of the standings with 14.