Galatasaray vs. Beşiktaş: The derby to decide all in Süper Lig 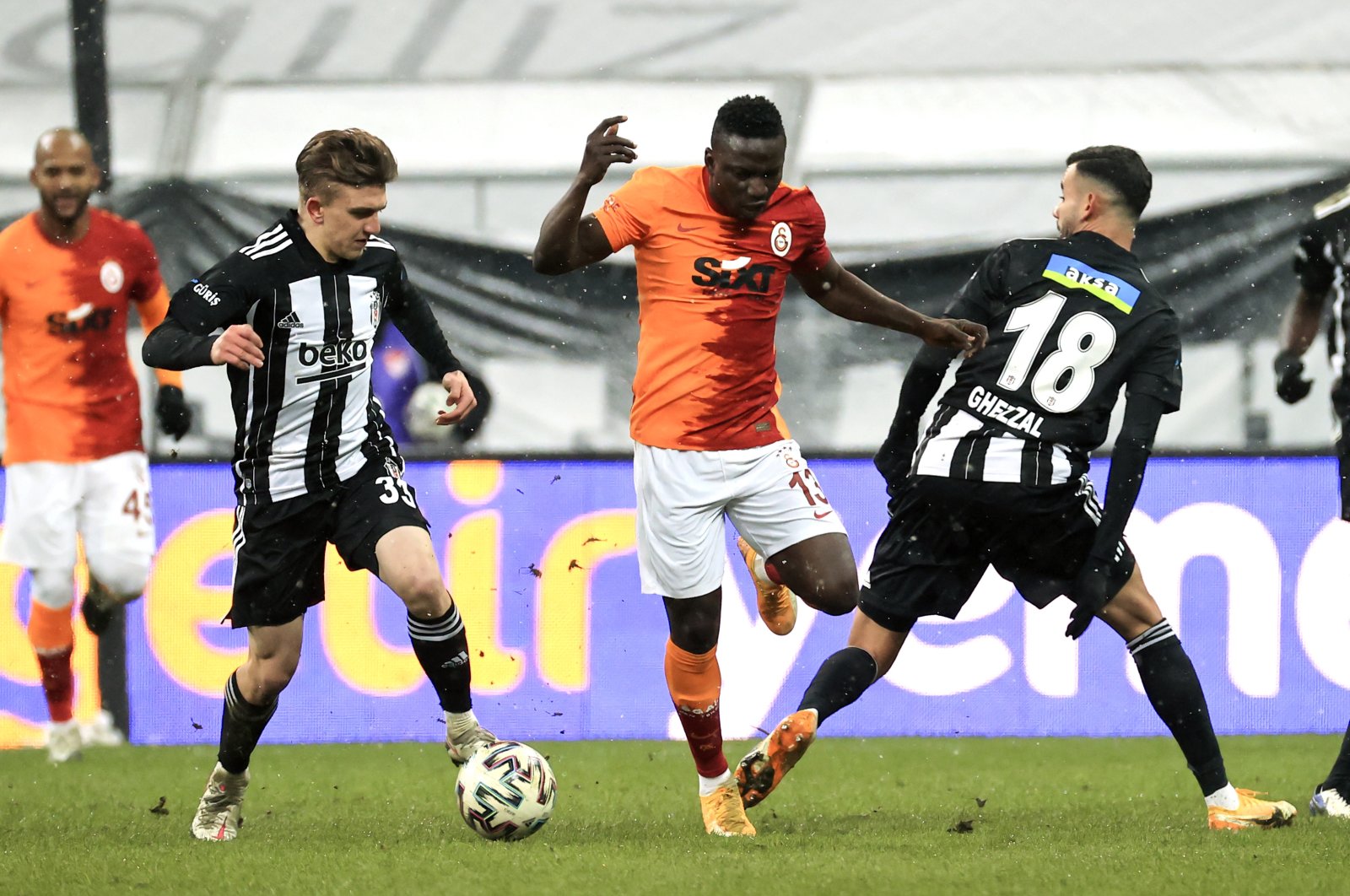 One last hurdle between Beşiktaş and the Süper Lig title, one last hope for Galatasaray and Fenerbahçe for staying in the race. On Saturday, Galatasaray hosts Beşiktaş in the most crucial game of the season. Beşiktaş has the lead with 81 points with three more games to go, but Fenerbahçe and Galatasaray are on the chase with 76 and 75 points, respectively.

If Galatasaray beats Beşiktaş on Saturday and Fenerbahçe also wins, the Süper Lig standings will look like this: Beşiktaş first with 81 points, Fenerbahçe second with 79 and Galatasaray third with 78.

With just two more games until the end, Beşiktaş would still have a big advantage but its opponents have been attempting for weeks to demotivate the team, which if successful could change the race completely.

However, the real question is this: Can Galatasaray beat Beşiktaş? Well, if they play 100 games in the following 100 days, Beşiktaş would probably win the majority of them. They are simply the better side and their six-point advantage is well-deserved. Hence, under normal conditions, combined with Galatasaray’s bad form, Beşiktaş should at least get a draw from this derby.

The only thing that still holds Galatasaray, and consequently Fenerbahçe, in the race is coach Fatih Terim’s presence. In the past Terim managed to reach the trophy in very tough scenarios, most of which he himself created. He is known for his “winner” character in the last weeks and moments, which definitely gives a morale boost to his players.

Nevertheless, I argue that he lost a big chunk of his charisma and psychological dominance with the start of COVID-19. Without Galatasaray fans, the main driver of Galatasaray’s forward thrust, Terim’s psychological warfare lacks its biggest weapon. In empty stadiums it is much harder to cover up tactical deficiencies with a morale advantage.

The truth is, the tactical deficiencies of Galatasaray are so many that the team needs a really lucky game to beat Beşiktaş. After the international break, Terim’s team hardly found opportunities against weaker sides and scored nine goals in seven games, while Beşiktaş scored 22 (seven against Hatayspor in one game). As a side that needs to score and win, Galatasaray will have difficulty against Beşiktaş.

But the real problem is not scoring for Galatasary, it is ensuring that they can keep the ball out of their own net. Hatayspor tried a very brave offensive game against Beşiktaş and conceded seven, while Erzurumspor was a bit more humble but still conceded four. Only Sivasspor, Kasımpaşa and Ankaragücü, all counter-attacking teams, managed to stop Beşiktaş and get points against it. Terim needs to find a way not only to score against Beşiktaş, but also not concede while doing so.

I think Terim will make a play for the defensive problems of Beşiktaş and try to imitate the counter-attacking teams. Even though his team was not built to play this game, he has no other choice to slow the game down and hope for a mistake from Beşiktaş’s defense. It is not likely that Galatasaray wins with this strategy, but it is also not impossible.

Of course, Beşiktaş coach Sergen Yalçın’s response to Terim’s strategy will be crucial as well. Yalçın did not back down from attacking in the previous derbies, and he knows his team cannot play a slow, organized game as well as a dynamic, offensive game.

So, I expect Beşiktaş to start aggressively and try to break Galatasaray’s attempt to control the game. If Yalçın can speed up the game, it would definitely help Beşiktaş more than Galatasaray. Thus, Beşiktaş has more chance to win in a more fast-paced enjoyable game, while a slow, controlled game would benefit Galatasaray.