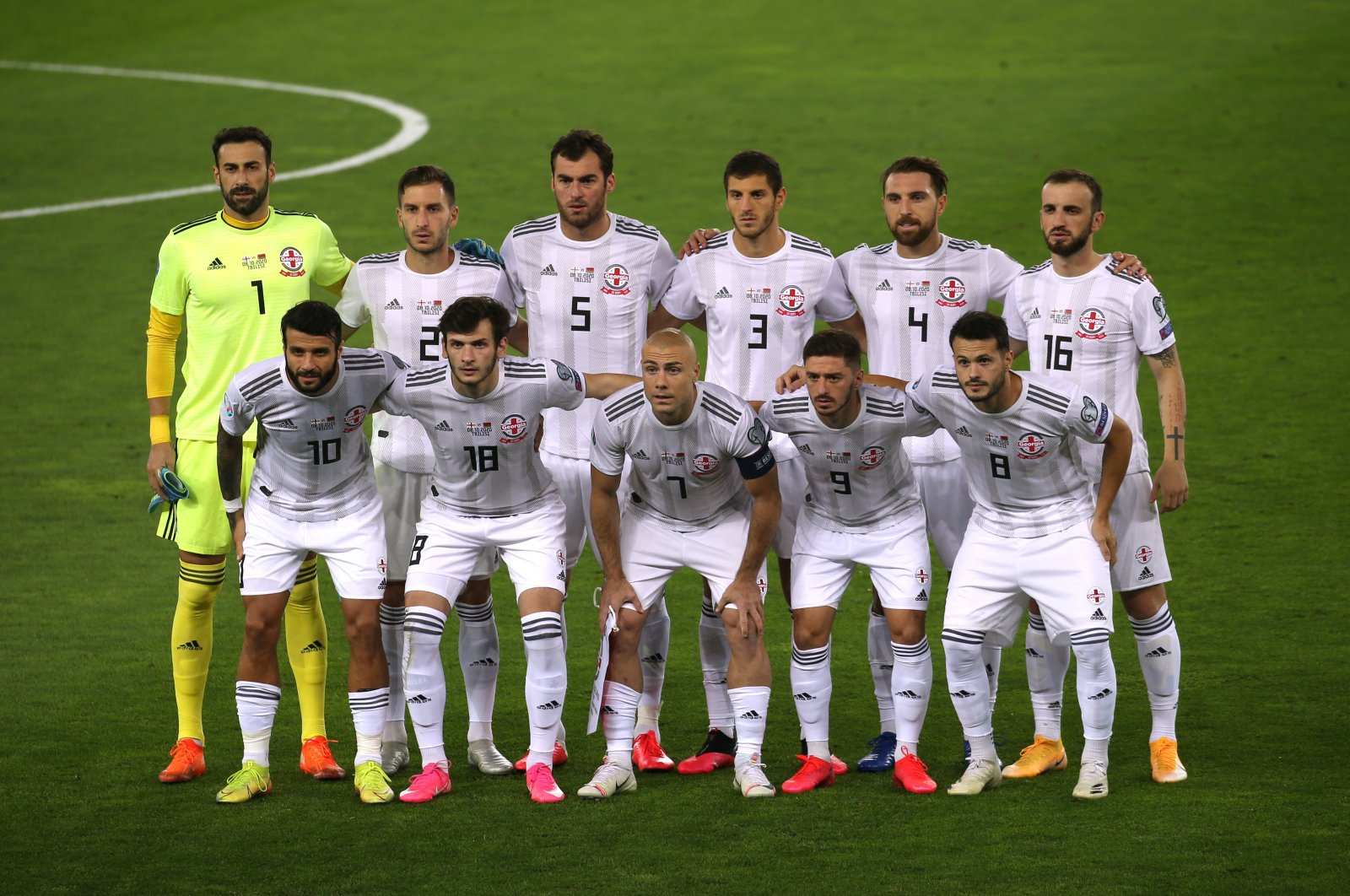 Neither Georgia nor North Macedonia have come close to qualifying for a major tournament before but now both stand just one game away, against each other, from securing a spot at the postponed Euro 2020

Georgia and North Macedonia meet in Tbilisi on Thursday in one of the qualifying play-off finals which will decide the last four spots in the 24-team tournament of Euro 2020 which was delayed to next year because of the coronavirus pandemic. It is a remarkable opportunity for two of the world's smaller sporting countries, one offered to them via the new UEFA Nations League. That competition provided a route here even for the continent's minor nations, grouped together in League D where Georgia and North Macedonia beat teams like Andorra, Gibraltar and Liechtenstein.

The main Euro qualifying tournament saw Georgia, ranked 86th in the world, take just eight points and win only twice, both times against Gibraltar, although they did hold Denmark and the Republic of Ireland in Tbilisi. North Macedonia, who are 65th in the FIFA rankings, fared better as they came third in their group, but they have twice had to come from behind to draw with Georgia in the Nations League in the last two months. The stakes are high in Tbilisi, with the winners advancing to the finals where they will go into Group C alongside the Netherlands, Ukraine and Austria.

It is North Macedonia who has the more notable players at their disposal, including wing-back Ezgjan Alioski of Leeds United and, above all, the 37-year-old captain, Goran Pandev of Genoa. Pandev's presence is crucial, even if reports in Italy in recent days suggested local health authorities would not allow him to leave to join his national team because of coronavirus concerns.

The specter of COVID-19 will continue to cast a shadow over this European Championship, scheduled to take place in 12 cities all across the continent, for some time yet, but Scotland is desperate to get there no matter what shape the tournament ultimately takes. They last appeared at a major competition at the 1998 World Cup and have since seen almost two-thirds of all UEFA member nations qualify for at least one tournament, including the likes of Latvia and Albania. Steve Clarke's team is now on the brink of ending that long wait as they face Serbia in Belgrade. A Serbia side led by Ajax's Dusan Tadic appears a tough proposition, especially after knocking out Erling Braut Haaland's Norway in the semi-finals. But Scotland – with Premier League regulars such as Andy Robertson, Kieran Tierney and John McGinn – are unbeaten in eight games and have reason to believe this is their time. "I've never been in this position before as national team manager of my country. So come game time on Thursday I will feel the weight of expectation," said Clarke. "This group of players are no different to the Tartan Army or the people of Scotland. We want to give the country a lift." If they do qualify, they will have a clash with England at Wembley to look forward to next summer.

Northern Ireland ended their long wait to return to a major tournament when they reached Euro 2016 under Michael O'Neill. Ian Baraclough has since succeeded O'Neill and led the team to victory on penalties in Bosnia and Herzegovina in the semifinals, setting up a play-off final against Slovakia in Belfast. "It's a game we're capable of winning if we set our minds right, if we do the right things," Baraclough insisted.

Meanwhile, Hungary and Iceland meet in Budapest in a clash of another two surprise packages from Euro 2016. The winners will advance to a glamour group alongside France, Germany and Portugal with Hungary knowing they will get to play games at home if they qualify. "Not qualifying is unthinkable, especially as four Euro 2020 games will be played in Budapest," Hungary's Italian coach Marco Rossi told Agence France-Presse (AFP). However, Iceland, with its population of barely 350,000, is eyeing a third consecutive major tournament.