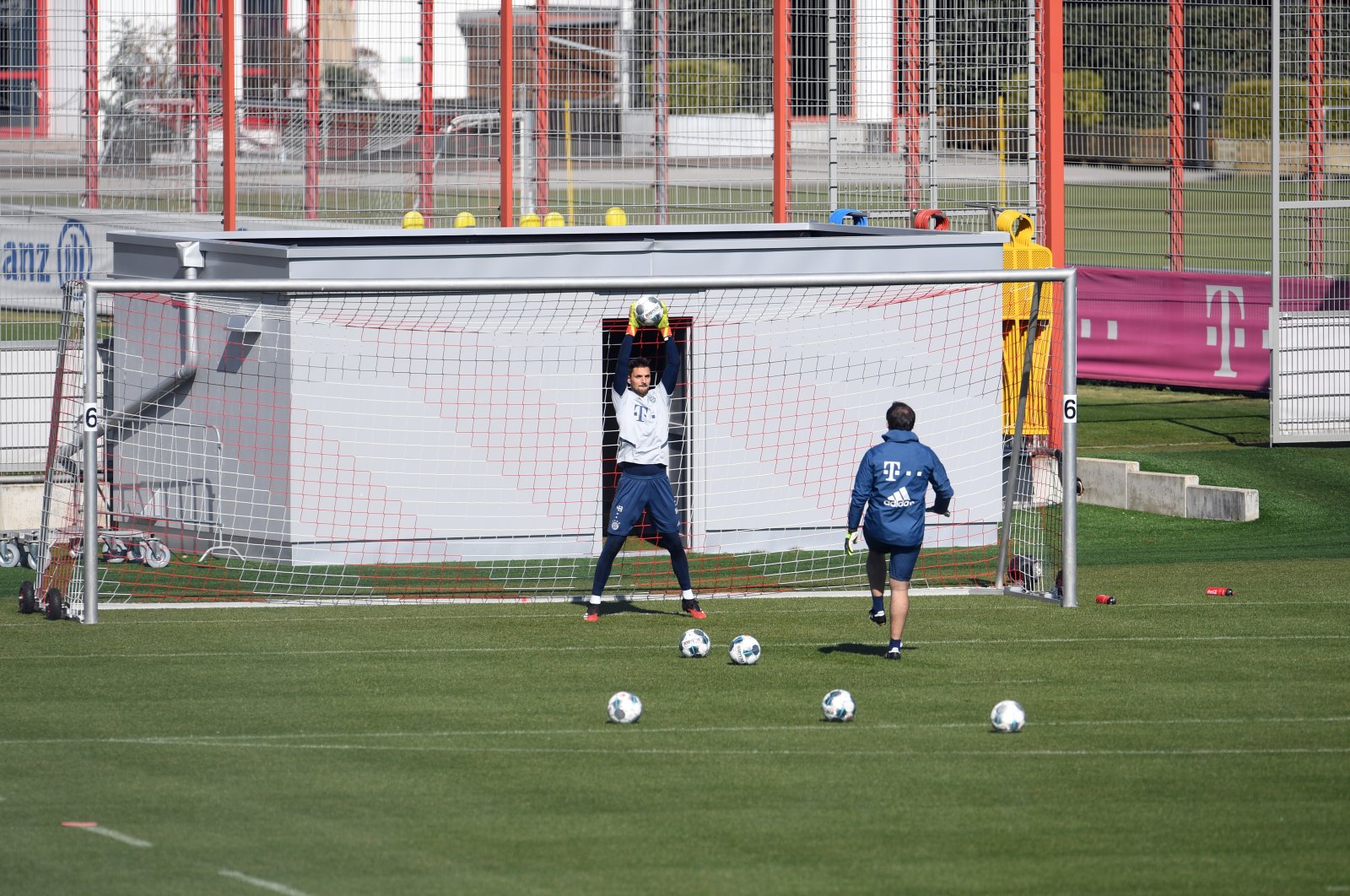 Bundesliga clubs were allowed to return to team training Monday, with some opting to train players in small groups amid strict measures to contain the spread of the coronavirus.

Soccer in the country has been suspended for almost a month and the German Football League (DFL) has said the ban will remain in place for the top divisions at least until April 30.

Clubs, however, were given the all-clear to resume training this week, with champions Bayern Munich deciding to train players in small groups to minimize the risk of infection. "Obviously all health guidelines are being adhered to," the club said in a statement. "Obviously the training is closed to the public. FC Bayern is asking fans to continue following guidelines and please do not come to the team's training center."

Germany has seen the number of infected people rise above 100,000 this weekend and nearly 1,600 have died after testing positive for the virus that has forced the country into lockdown.

Despite the training resumption, the DFL made it clear last week it was not known if or when the season would resume, and the stop in play has also had major financial effects on clubs.