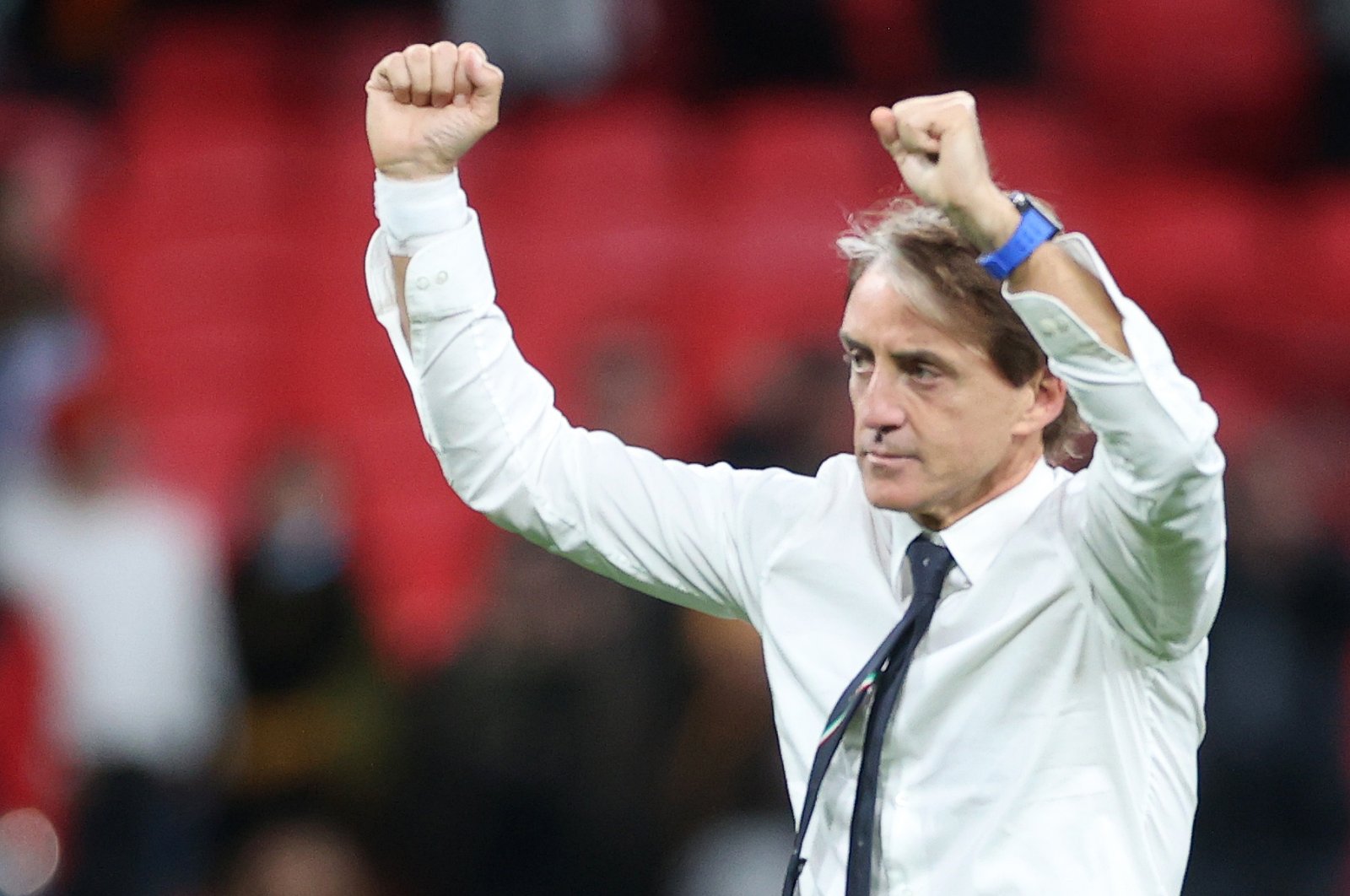 Media, pundits and fans have lauded coach Roberto Mancini for leading the Italian national team through what can be best described as a footballing renaissance.

Mancini found Italy in tatters after the team failed to qualify for the World Cup for the first time since 1958. Nearly four years later, he led a fresh and young side to the European championship final.

When Jorginho saw his audacious spot-kick fall into Unai Simon's net Tuesday evening, Italy moved one step closer to consigning one of the national team's darkest moments to history.

Just over four years ago, a 0-0 draw with Sweden at the iconic San Siro stadium left Italy out of a World Cup for the first time since 1958.

Few can forget the image of former Italy keeper Gianluigi Buffon in tears, or midfielder Daniele de Rossi asking the coaching team "why the hell should I go on" when asked to warm up, calling teammate Lorenzo Insigne a better choice.

Insigne, just like Jorginho, defender Giorgio Chiellini, striker Ciro Immobile and a few other names who were at the disastrous match will now have the chance to win the Euro 2020 title in an incredible comeback under coach Mancini.

"Only one crazy person believed in us three years ago and this was the coach," midfielder Federico Bernardeschi told broadcasters Sky about Mancini after the 4-2 semifinal win over Spain on penalties.

Mancini was given the daunting task of rebuilding Italy, as he replaced coach Giampiero Ventura after the 2018 World Cup qualifying failure.

The coach started the Italian renaissance by discarding their traditional but conservative counterattacking style. Mancini also invested considerably in young players, such as 23-year-olds Federico Chiesa and Manuel Locatelli, and 24-year-old Nicolo Barella.

All of them scored important goals on the path to the final, with Chiesa the one to break the deadlock against Spain before Alvaro Morata's equalizer.

"I always believed that Italy had talented players," Mancini said when they secured a spot at the Euro 2020.

Now, the coach sees the young players he invested in leading the nation to a possible European title.

"When Roberto Mancini sat on the blue bench, our national team was going through one of the darkest moments in its history. The coach immediately got to work, and built a group of kids that became a family."

The family feeling within the Italian team has been widely praised at the Euros and it was once again present when players held Leonardo Spinazzola's jersey and sang his name during celebrations.

The midfielder had to leave the tournament after an injury and has undergone surgery.

"If we have reached this point, the merits are not mine but of the guys who believed in all this," Mancini said after the Spain game.

"But it's not over yet, there is a job to finish. We have to recover the strength that remained and play the final."