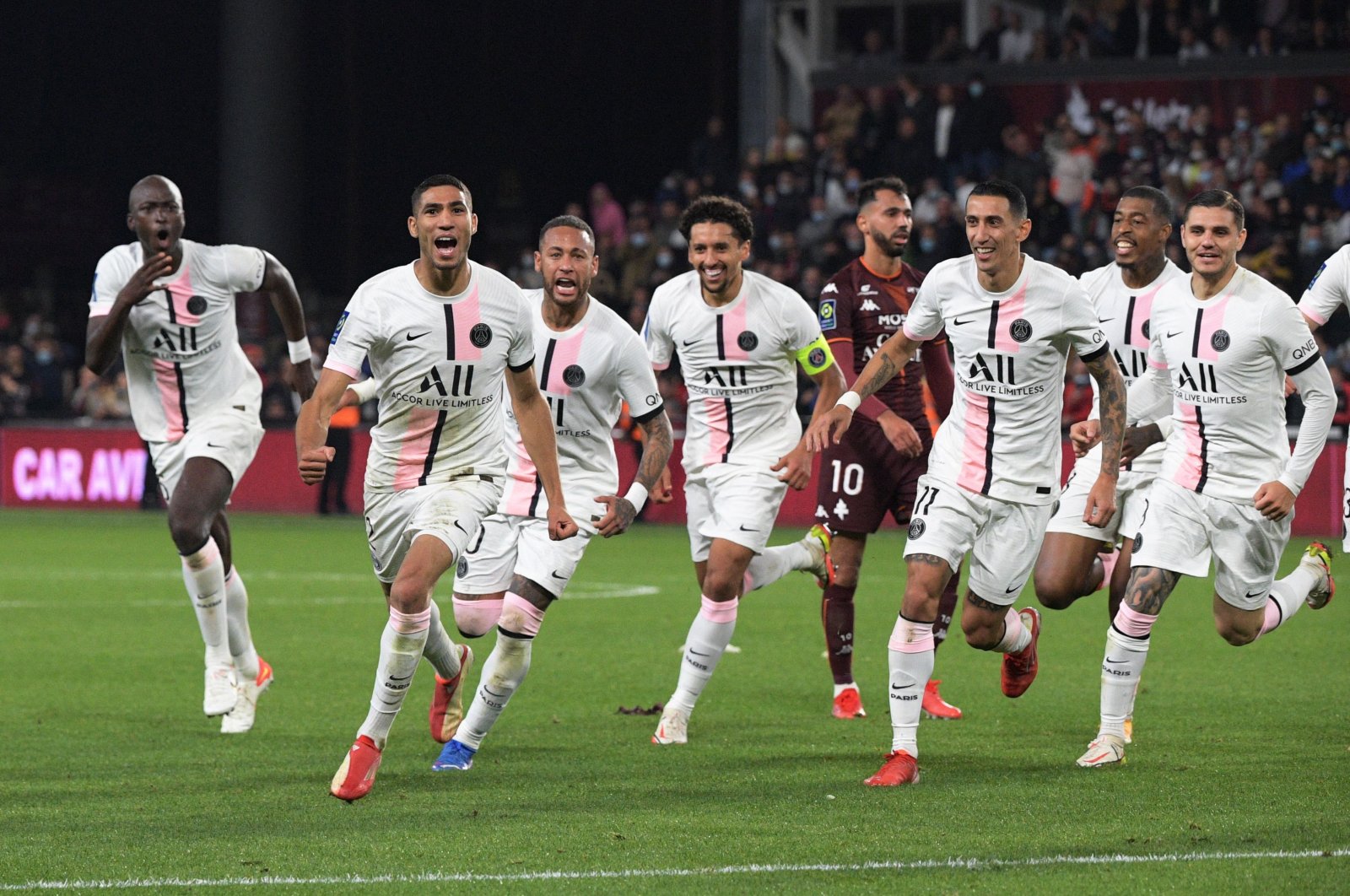 A last-gasp goal by Achraf Hakimi helped French giant Paris Saint-Germain to a 2-1 victory against bottom dweller Metz on Wednesday.

The win also helped the Ligue 1 leader maintain its 100% record this season.

The Morocco full back scored after five minutes and added his second five minutes into added time to put PSG on full 21 points from seven games, three days after the capital side beat Olympique Lyonnais by the same scoreline thanks to another winning goal in the dying seconds.

The PSG lead second-placed Olympique de Marseille, who drew 0-0 at Angers and have a game in hand, by seven points.

French sports daily L'Equipe reported that some Marseille supporters left their corner of the ground at the end of the game and headed toward the Angers fans, prompting the stadium's security services to intervene.

Metz, who finished with 10 men after Dylan Bronn picked up a second yellow card in the last minute, has three points from seven games.

RC Lens, playing the first of two home games behind closed doors after crowd trouble marred its derby victory over Lille last Saturday, slumped to a 1-0 defeat by Racing Strasbourg and dropped to fourth on 12 points, behind Angers on goal difference.

Lyon, improving after a stuttering start to the season, beat Troyes 3-1 with goals by Xherdan Shaqiri, Emerson and Lucas Paqueta to climb to sixth with 11 points, one place ahead of Nice, who lost 1-0 at Lorient.

In Metz, PSG was without Lionel Messi after the Argentine forward was ruled out with a bruised knee, but Hakimi stepped up.

He opened the scoring by firing home after Mauro Icardi's attempt had been deflected into his path by Matthieu Udol.

PSG was caught cold six minutes before the break when Boubakar Kouyate headed home from Lamine Gueye's cross as the host made the most of the little possession it enjoyed.

Neymar went close on a couple of occasions but the Brazil striker failed to score and Metz stayed in contention until the last minute when Bronn was shown his second yellow card for time-wasting.

Five minutes later, Hakimi curled a superb shot into the net after being set up by Neymar, giving Mauricio Pochettino's side all three points after another below-par performance.