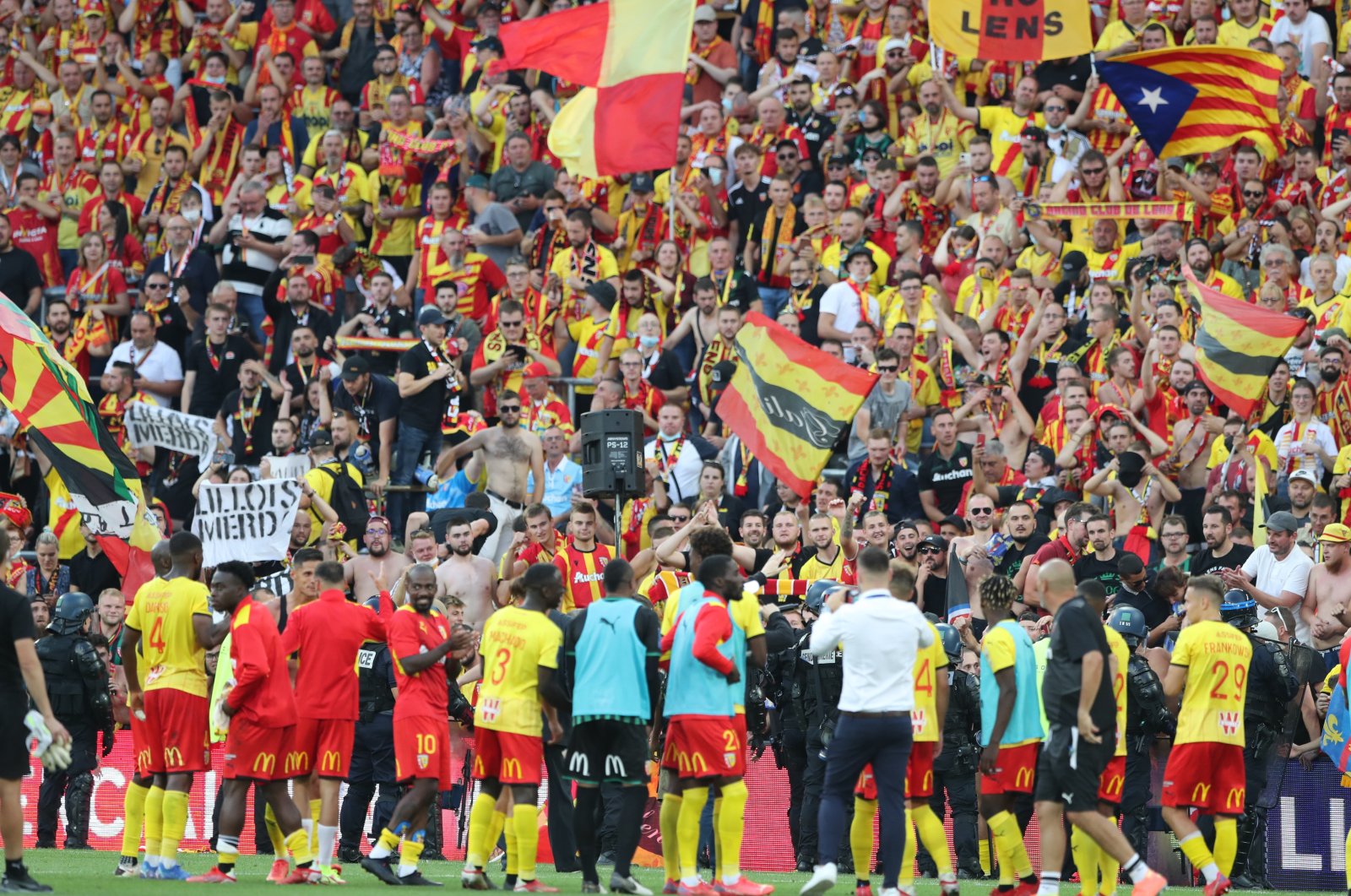 One of the fiercest derbies in France saw violence between fans on Saturday as the home team RC Lens defeated the defending champion Lille LOSC for the first time in 15 years.

It is the second high-profile incident of the season in France following serious disorder at the Nice-Marseille game in August.

The Ligue 1 clash was interrupted for about 30 minutes after a large group of Lens supporters invaded the field after the first half ended and ran to the away section where they fought with Lille fans.

Riot police intervened to separate the factions of opposing supporters as both sets of fans hurled seats at each other over a partition wall. An emergency meeting took place to decide whether the match at Stade Bollaert should continue.

But after the second half got underway there was no further disorder and the match ended 1-0 to Lens, which is unbeaten under coach Franck Haise and moved up to second place. The result put the "Sang et Or" (Blood and Gold) on 12 points from six games, three behind Paris Saint-Germain, who will play its match in hand at home against Olympique Lyonnais on Sunday.

The victory also ended a 12-game winless streak for Lens against the French champion who had beaten them 4-0 and 3-0 last season.

Lille has won only once and the pressure is growing on coach Jocelyn Gourvennec, whose side is 13th and has conceded 12 goals in six games.

Veteran striker Burak Yılmaz went close to scoring for Lille midway through the second half when he flashed a header just over the crossbar from Benjamin Andre's cross.

Moments later, Yılmaz was thwarted by goalkeeper Jean-Louis Leca diving at his feet.

Those missed chances proved costly when Poland midfielder Przemysław Frankowski struck in the 73rd after being set up by Gael Kakuta. It was Frankowski's first goal since joining from Major League Soccer club Chicago Fire.

After forward Wesley Saïd had a second goal for Lille ruled out for offside following a video replay, Leca denied Yılmaz again as he broke through in stoppage time.

Last month's match between Nice and Marseille was suspended for 90 minutes and then called off after Nice fans stormed the field and punches were exchanged with players and staff from Marseille. It is rescheduled for Oct. 27 to be replayed at a neutral venue. Nice was also ordered to play three matches behind closed doors.

"This start of the season is not going to help us. A reality check is quickly needed for everyone involved in football, starting with supporters," tweeted French sports minister Roxana Maracineanu.