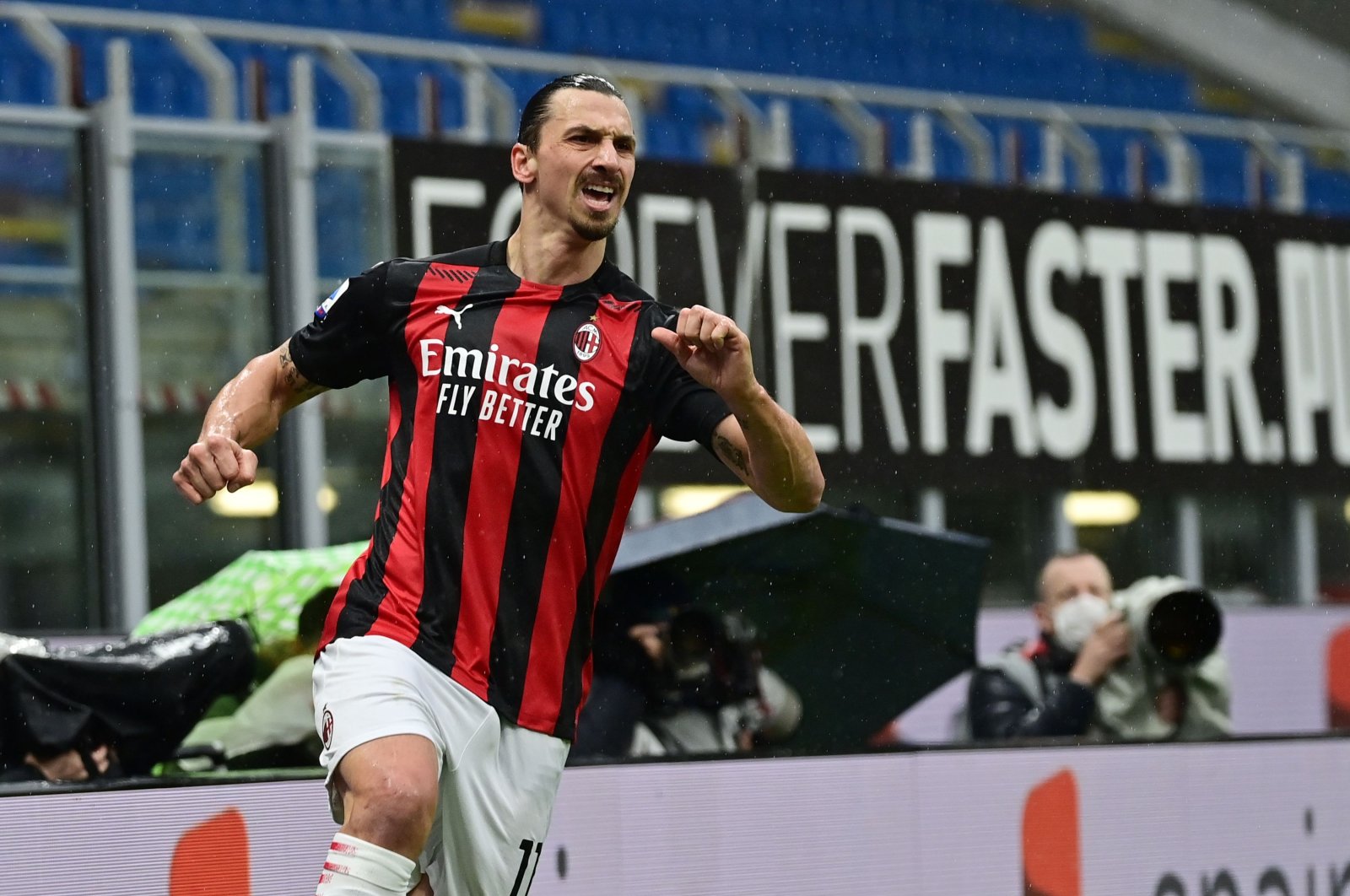 Zlatan Ibrahimovic passed the 500-mark for career club goals on Sunday with a brace as AC Milan maintained its position at the top of Serie A with a 4-0 win over Crotone.

"It's difficult to be surprised by Ibrahimovic," said Milan coach Stefano Pioli of the 39-year-old who is powering his team's bid for a first 'Scudetto' since 2011.

Milan moved back two points ahead of city rivals Inter Milan who had pulled ahead after a 2-0 win over Fiorentina on Friday, with champions Juventus a further five back in third after beating Roma by the same scoreline on Saturday.

Ibrahimovic opened the scoring on the half-hour at the San Siro after combining with Rafael Leao for his 500th club strike.

And the Swede brought his tally to 501 in the 64th minute, finishing off a Theo Hernandez cross for his 83rd Milan goal.

"To hold up at this level means you're an exceptional professional and he's helped by a physique that few have," continued Pioli.

"He's a champion, an athlete who has great motivation, he takes care of his body scrupulously. Sometimes he's tired, but he never fails."

"He's helping the team to grow a lot.

"I have frankly never seen him go wrong. Now the players are competing to see who arrives first (at training), and obviously he's among them."

Ante Rebic turned the game into a comprehensive win with a quick-fire brace of his own past Crotone goalkeeper Alex Cordaz.

The Croatian headed in a Hakan Calhanoglu corner in the 69th minute and then seconds later turned in a rebound after Cordaz kept out an Ibrahimovic strike.

"The Scudetto? The decisive matches will come later, now we have to withstand all the pressures which is a privilege to have," continued Pioli.

"The top seven are all capable of fighting for the title and the first four places.

"Our goal is to expect the best and win every single match.

"It's not yet time to look too much at the table, a challenging period will come with many matches and the Europa League is about to start again."

'My job is to score'

Ibrahimovic showed his incredible form 22 years after making his professional debut for Swedish club Malmo in 1999.

"It means that I have scored a few goals in my career," said the Swede, who was substituted off with 15 minutes to go.

"The important thing is to continue to help the team in the best possible way. My job is to score and create situations to score."

Ibrahimovic reached the landmark in 825 games, having played for three Serie A sides – Juventus, Inter and Milan – as well as Paris Saint-Germain, Manchester United, Barcelona, Ajax and Los Angeles Galaxy.

He has now scored 396 league goals, 57 in European competitions and 48 in cup games.

The former Sweden striker returned to Milan in January 2020 and has scored 27 goals in 37 appearances since.

He has scored 14 league goals in 11 games this season having been sidelined with coronavirus and injury, two short of top scorer Cristiano Ronaldo, who turned 36 on Friday.

With 116 games for Sweden and 62 goals, Ibrahimovic is the all-time leading scorer for the Swedish national team.

He started his career at Malmo before going on to play for Ajax, Juventus, Inter, Barcelona, Milan, PSG and Manchester United, winning trophies with all these clubs.

The Swede's accomplishment comes in the same week as the Italian Football Federation announced that it had launched an investigation into the verbal clash between Zlatan Ibrahimovic and Romelu Lukaku during the previous week's Coppa Italia quarterfinal.