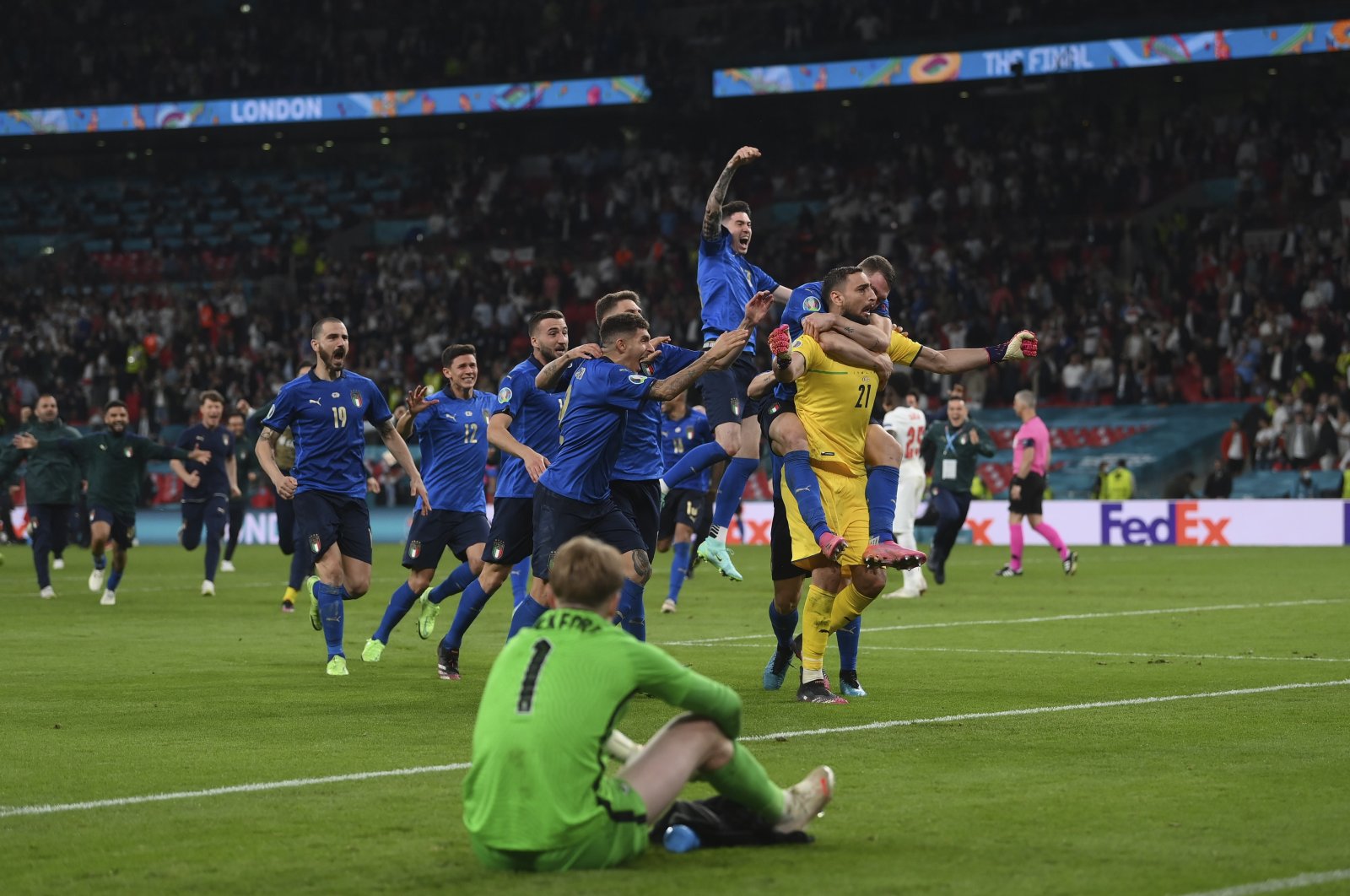 The Euro 2020 final kicked off very differently than I had predicted. After the first Italian attack, some serious conflicts emerged in the offensive organization for the Italian right wing. In the second minute, there was chaos among the players assigned to use that corridor and Harry Kane found the ball right in front of him. He changed the direction from the right wing toward the center. When right back Kieran Trippier provided a great width to Kane's move, left back Luke Shaw overcame Italy’s numerical advantage in the penalty area and beautifully struck Trippier's excellent pass to open the game with a great goal.

While the Italians tried to equalize as soon as possible, it became clearer that the tactical plan in the right wing was problematic. At first, I thought the problem was Federico Chiesa's excitement. However, when Chiesa insisted on his stance – despite persistent efforts by Roberto Mancini from the sidelines and Jorginho in the game – I felt the matter had turned into a contradiction in interpretations.

Mancini could not be wrong with his plan as he designed the tactical setup, assigning Marco Verratti and Jorginho as playmakers. Chiesa's tendency to attack directly left all positions and options mixed up. What he should have done instead was being a pass option for Giovanni di Lorenzo and Nicolo Barella.

Apparently, Chiesa rejected this multi-layered wing organization and despite Jorginho pointing to where he should run on multiple occasions, Chiesa did not stop insisting on pass. And with this behavior, he constantly eroded Giro Immobile and Barella’s tactical positions. Although Mancini changed Chiesa's position in the second half, he did not give up insisting on direct attack until he was injured.

The strangest part, however, was Mancini’s attitude. He kept a player who clearly rebelled against the tactical plan on the field and the Italians almost missed the championship because of this rebellion. Fortunately, penalties came to the rescue and football gave the trophy to the side that wanted to play more positively.

I admit that I was wrong, Italians proved themselves a great team. Nevertheless, I was totally won over by France and Spain, becoming the champions of my heart. The game between Spain and Italy, in particular, was an incredible treat. My disappointment was definitely England, despite making it to the final.

I expected that the Premier League character would spread to the English national team and we would see a groundbreaking game from the English. But Gareth Southgate offered no innovation. He still relies on a solid defense and a long hit-and-run counterattacking plan.

With this aspect, they represented only a potential to me. Despite the obvious right-wing problems on the offense, the Italians proved to be a complete project in the final. The difference between potential and reality was evident due to the different levels of craftsmanship from the two coaches.