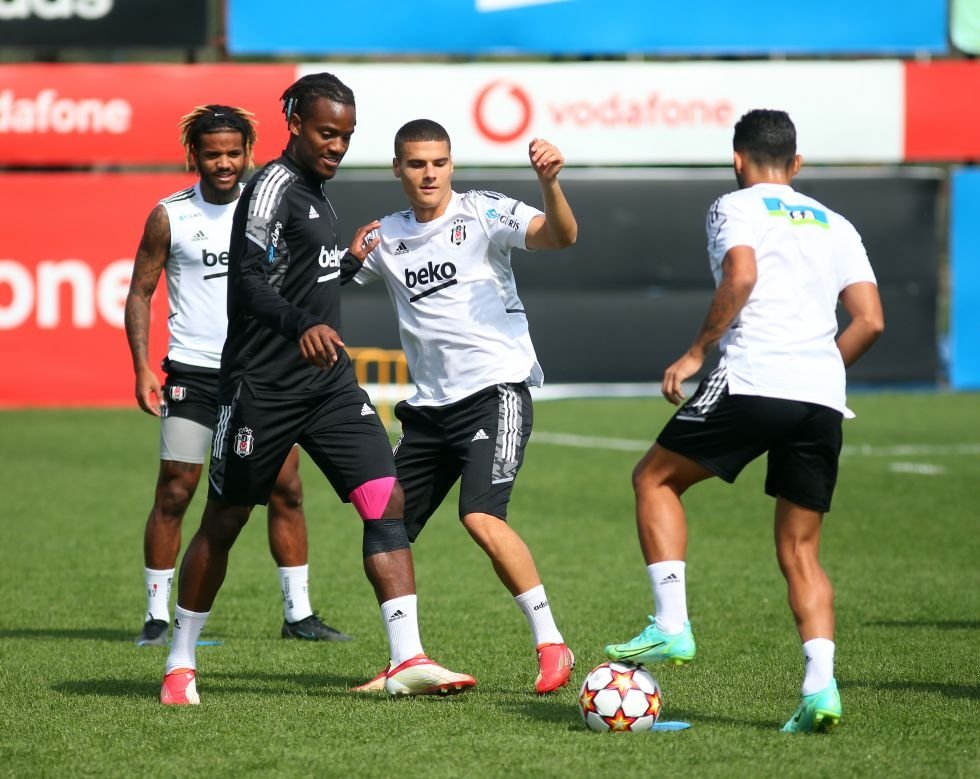 Beşiktaş, without 11 players due to injuries or illness, will face a high-flying Ajax side that has scored 30 goals in all competitions this season and conceded just one

An injury-depleted Beşiktaş will play take on a high-flying Ajax in the second group stages match of the UEFA Champions League in Amsterdam on Tuesday.

The Istanbul powerhouse will be playing without some of its key players. Domagoj Vida, Welinton, Atiba Hutchinson, Georges-Kevin N'Koudou, Rachid Ghezzal, Mehmet Topal, Miralem Pjanic and Cyle Larin will not suit up for the Black Eagles due to injuries.

Spanish defender Francisco Montero will also be absent after testing positive for COVID-19.

Beşiktaş is currently third with 14 points from seven matches in the Turkish Süper Lig.

For the Dutch side, Sean Klaiber and Maarten Stekelenburg will be out of the game through injury.

Earlier Saturday, the Amsterdam-based club beat Groningen 3-0 at home to take the lead in the Dutch Eredivisie. Ajax has so far scored 30 goals and conceded just one, currently standing at 19 points.

In the first group games, Beşiktaş lost 2-1 against Borussia Dortmund in Istanbul, while Ajax thumped Sporting CP 5-1 in Lisbon.

The Group C match kicks off at the Johan Cruyff Arena at 10:45 p.m. GMT. It will be officiated by French referee Benoit Bastien.

Real Madrid hosts Sheriff on Tuesday needing Karim Benzema and Vinicius Junior to quickly get back in form after faltering in a 0-0 draw against Villarreal in the Spanish league this weekend.

After outscoring opponents 22-8 in its first seven matches in all competitions, Real couldn't find the net for the first time this season.

Sheriff comes to Madrid leading Group D after opening its first Champions League campaign with a win against Shakhtar Donetsk.

Rodrygo was the scorer for Madrid in the team's 1-0 win at Inter Milan in its Champions League opener.

Mauricio Pochettino remains evasive about who is Paris Saint-Germain's first-choice goalkeeper, giving no hint as to whether Keylor Navas or new signing Gianluigi Donnarumma will start against Manchester City in their Group A match in Paris on Tuesday.

Not a bad dilemma for a coach to have. Navas was one of the best goalkeepers in the world last season while Donnarumma ended it by helping Italy win the European Championship.

Navas has started PSG's last two games and looked in good form, but Donnarumma might not be satisfied with the backup role.

Up front, Pochettino hopes to have Lionel Messi back in attack as the Argentine shakes off a minor knee injury that sidelined him for two games.

Messi's last goal in the Champions League came for Barcelona against PSG at Parc des Princes in last season's last-16. He had a penalty saved in that game – by Navas.

Borussia Dortmund is sweating on the fitness of star striker Erling Haaland and influential captain Marco Reus for Sporting Lisbon's visit on Tuesday in Group C.

Dortmund slumped to a 1-0 loss at Borussia Monchengladbach in the players' absence on Saturday, when it was apparent how reliant the team had become on the goals that the pair provide.

Haaland scored 11 goals and set up four more in seven games so far this season, while Reus contributed one goal and five assists in his seven games across all competitions. Both were injured in training on Friday.

Atletico Madrid, in the meantime, visits AC Milan on Tuesday in Group B and is still waiting for a breakthrough performance from Antoine Griezmann in his return to the club.

Griezmann is winless in eight matches with Atletico this season. The defending Spanish champion has struggled recently with only one victory in its last four matches, including a 0-0 home draw against Porto in its first Champions League match.

Its last game was a stunning 1-0 defeat at then last-placed Alaves in the Spanish league.

Porto hosts Liverpool coming off an unbeaten start to its season with five wins and three draws, including at Atletico Madrid to begin its Champions League campaign.

Porto won its three matches at home by outscoring opponents 10-0. Veteran central defender Pepe is still listed as doubtful for Tuesday's Group B match because of a left leg muscle injury sustained in the 0-0 draw against Atlético in Madrid.