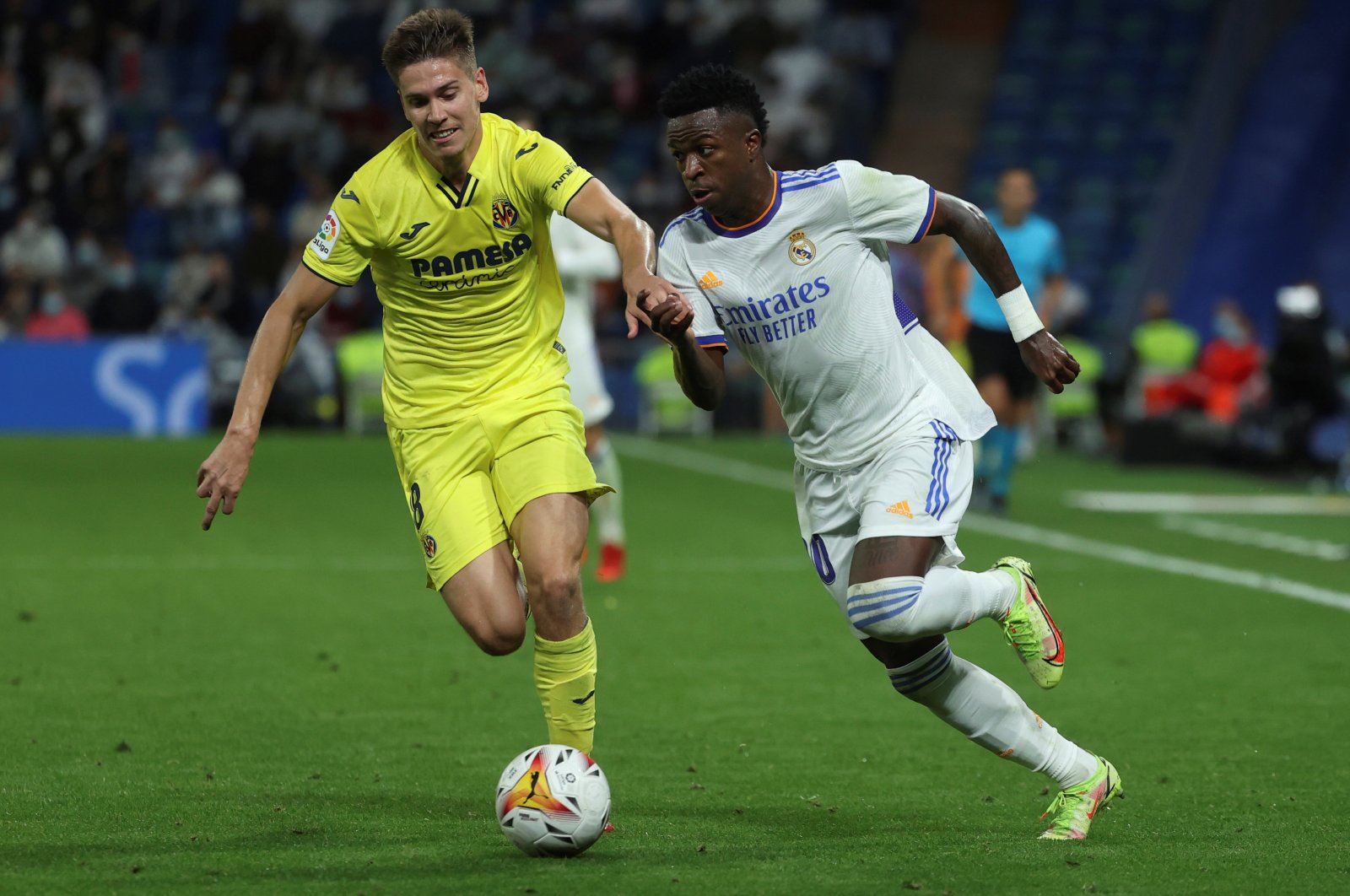 Real Madrid was held to a goalless draw by a dogged Villarreal as the La Liga heavyweight failed to capitalize on Atletico Madrid's shocking defeat against bottom-dweller Alaves on Saturday.

Dropped points for Spain's leading pair allowed Sevilla to make up some ground at the top, with Julen Lopetegui's side beating Espanyol 2-0 to jump above Atletico and into second.

Atletico had earlier slipped to its first loss of the season at Alaves, who struck its first win, having lost all of its previous five games and failed to score in any of the previous four.

It meant Real Madrid could have gone five points clear by beating Villarreal but settled for a three-point lead after a scruffy performance came in stark contrast to their slick, 6-1 thrashing of Mallorca in midweek.

Marco Asensio scored three and Karim Benzema two in that game, but both were quiet at the Santiago Bernabeu, where Carlo Ancelotti got his wish for tighter defending, but at the expense of his team's fluidity in attack.

"It's clear it wasn't our best match of the season," said Ancelotti.

Villarreal was the better side in the first half, spearheaded by its two speedy wingers in Danjuma on the right and Yeremy Pino on the left.

Danjuma surged past Fede Valverde but his shot was tipped wide by Thibaut Courtois before Pino then created a chance for Paco Alcacer before Francis Coquelin's follow-up was blocked.

After half-time, Madrid improved, Benzema and Eder Militao both going close with headers while Villarreal looked dangerous too, Danjuma forcing another Courtois save on the break before Pau Torres was inches away from tapping in at the back post.

Ancelotti brought on Eden Hazard, and Madrid turned the screw in the last 10 minutes as Hazard crossed for Isco but his header was hacked away. Vinicius Junior cut inside and looked to have the opening, but blazed over.

Atletico Madrid's attacking problems appear more entrenched as their rocky start to the season continued with a shock 1-0 defeat by Alaves.

Victor Laguardia's header in the fourth minute was enough for an unexpected victory for Alaves, who sat 20th at kick-off.

Diego Simeone's side has managed only two wins from its last six games in all competitions and this was the third time in four matches that it has failed to score.

"Obviously we lacked ideas," said Simeone. "I don't think it's a system problem. It's about aggression, in defense, and other situations."

Atletico faces Barcelona next weekend after traveling to AC Milan in the Champions League on Tuesday, a game made more important after a goalless draw at home to Porto cranked up the pressure in a group that also includes Liverpool.

Simeone again started with Antoine Griezmann alongside Luis Suarez up front, but the pair mustered only one shot between them, from Suarez, with Griezmann outshone by Angel Correa when the Argentinian was brought on in the second half.

The pressure on Griezmann's place in the starting line-up is increasing. Joao Felix, who was watching from the stands as he served a suspension, will return and Correa looks the most in-form partner for Suarez.

Alaves had been without a goal in almost 400 minutes but scored in the fourth as Laguardia got a run on Stefan Savic at a corner from the right and headed in at the back post.

An uneventful match livened up in the second half as Laguardia was called into defensive action, clearing Rodrigo De Paul's free-kick off the line after the ball had bypassed everyone in the box.

Alaves should have made the victory more secure, but Mamadou Loum and Pina both blazed glorious opportunities over the bar.

Correa had come on for Atletico as Simeone tried to spark his team, and the striker went close with a near-post drive but was denied, leaving Alaves to see out a remarkable win.

Sevilla, in the meantime, beat Espanyol but had to play for the last 25 minutes with 10 men after Thomas Delaney was sent off for dissent.

Youssef En-Nesyri had already put Sevilla in front in the 13th minute before Rafa Mir made sure of the win by tucking inside the far post in the 87th.