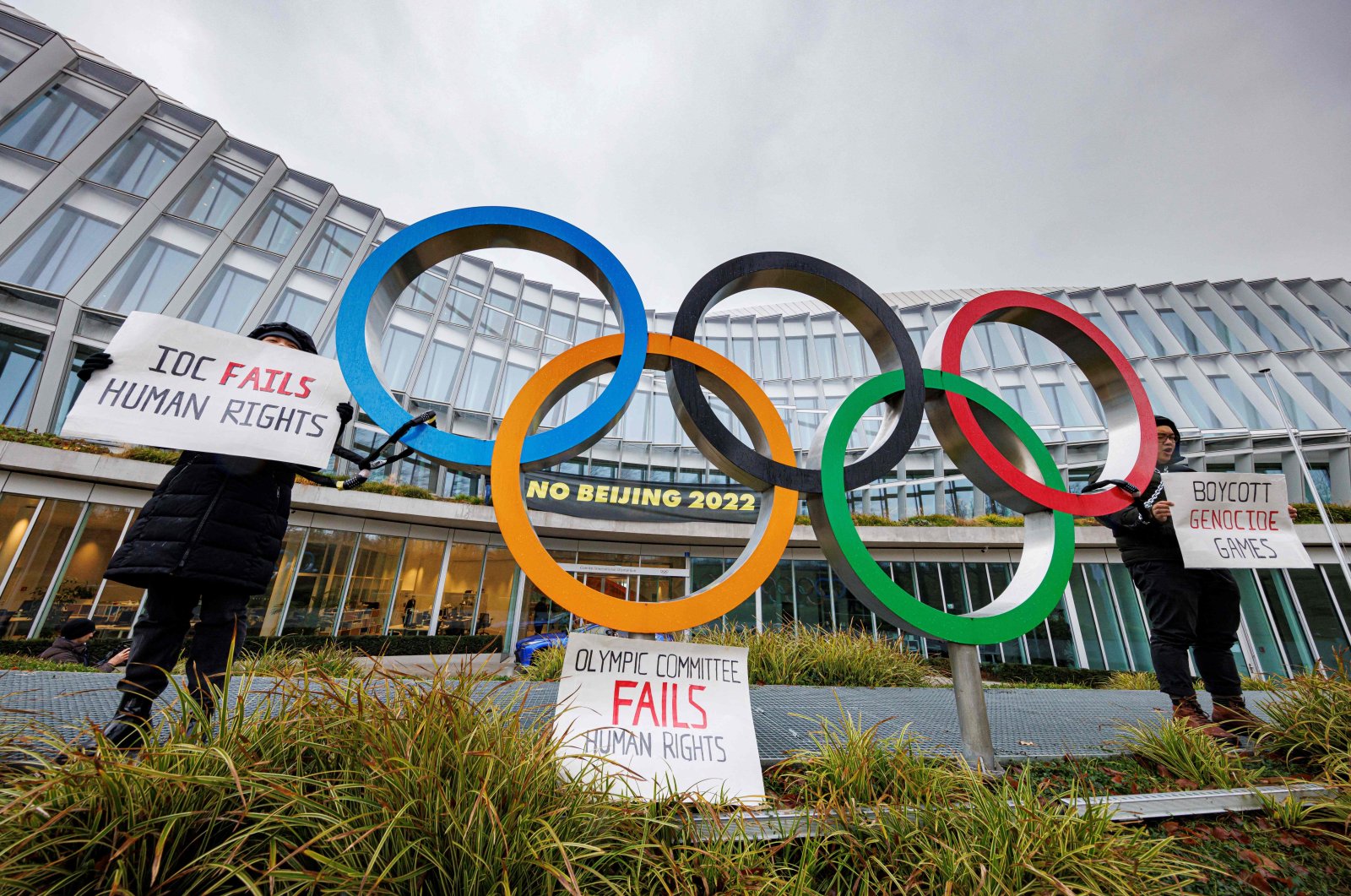 Tibetan activists from the Students for a Free Tibet association protest in front of the International Olympic Committee (IOC) headquarters ahead of the February's Beijing 2022 Winter Olympics, in Lausanne, Switzerland, Dec. 11, 2021. (AFP Photo)
by Associated Press Dec 12, 2021 8:05 am
RECOMMENDED

Infantino’s push was previously criticized by the International Olympic Committee (IOC) which put it on the agenda for the annual “Olympic Summit” debate of influential sports bodies.

“The attendees voiced serious concerns over proposals from FIFA for a biennial World Cup and the impact on the worldwide sport event calendar,” the IOC said in a statement.

Before the heated words inside the online meeting that Infantino attended, several activists from the Students for a Free Tibet group tried to get into the IOC headquarters.

“We have engaged multiple times with peaceful protestors and explained our position,” the IOC said in a statement, “but we will not engage with violent protestors who used force to enter the IOC building and injured a security guard badly by doing so.”

Local police were called to help block the activists who continued to sit at the front doors and hold up banners including “Boycott Genocide Games” next to the iconic Olympic rings symbol outside the building.

Pro-Tibet groups are part of a wider alliance of activists fueling opposition to the Feb. 4-20 Beijing OIympics over China’s human rights record, including treatment of its Muslim-minority Uyghur people, democratic rights in Hong Kong and military harassment of Taiwan.

In recent weeks, the IOC and its president Thomas Bach have been more widely criticized for seeming too close to China over the uncertain safety of tennis player Peng Shuai after she made sexual assault allegations against a former senior government official.

Bach chaired the meeting Saturday to discuss “subjects of significance for the future of the Olympic movement.” It came two days after Bach said the IOC had no direct consultation with FIFA since the biennial World Cup proposal was formally announced three months ago.

Under questioning from several delegates, Infantino explained “ongoing discussions in FIFA were broader in scope than a biennial World Cup, and that what had been presented so far was only the preliminary results, which are still under discussion,” according to the IOC statement.

FIFA did not immediately respond to a request for comment.

The IOC has previously said doubling the number of World Cups would affect the calendar of “tennis, cycling, golf, gymnastics, swimming, athletics, Formula One and many others.”

Momentum for FIFA’s preferred plan has stalled in recent weeks after meeting resistance across European football and in South America.

FIFA will host its own online summit Dec. 20 from Doha, Qatar, with all 211 national member federations and continental football leaders due to debate future tournament options.