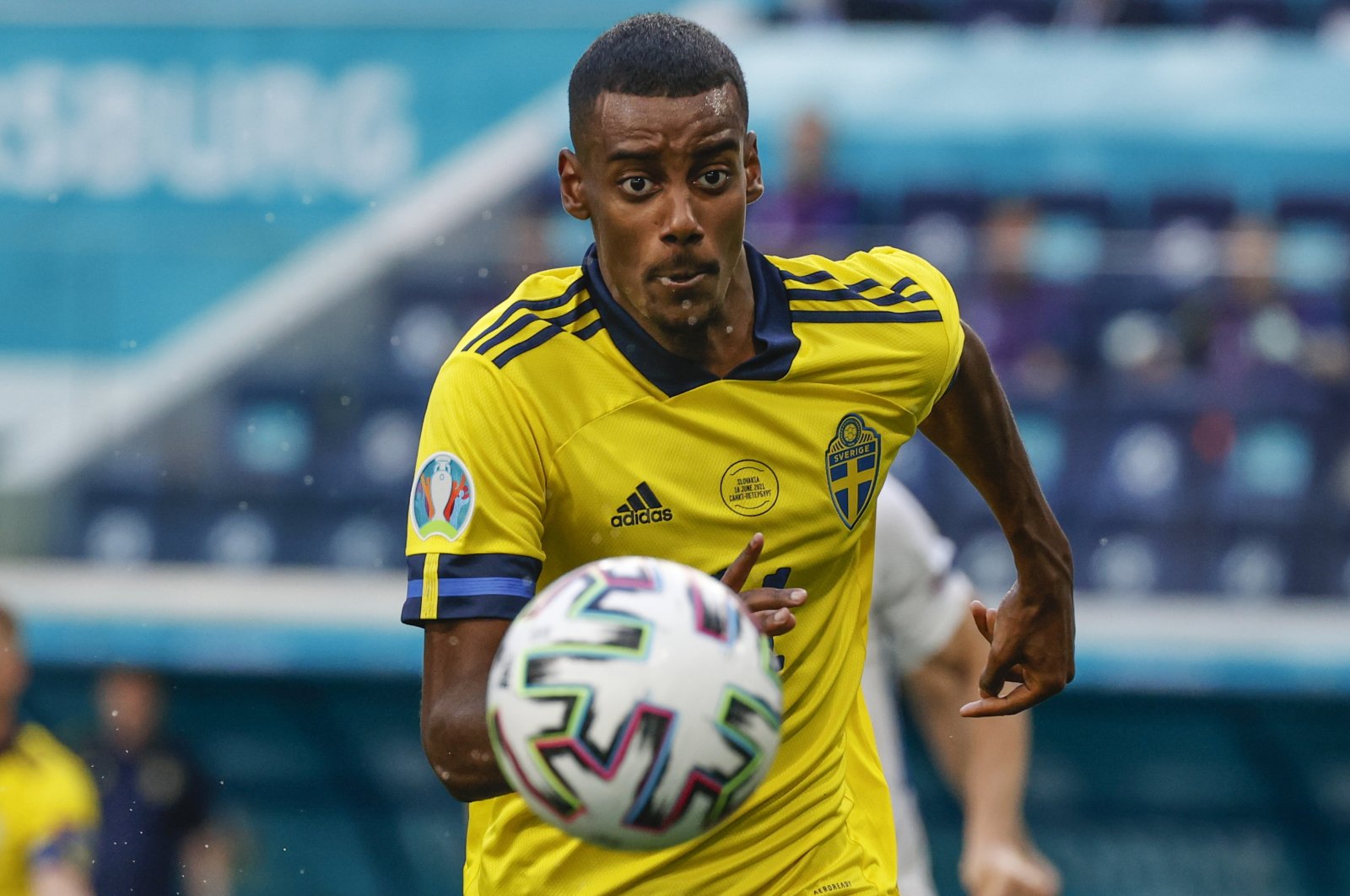 Zlatan Ibrahimovic may not be on Sweden's Euro 2020 squad but thankfully for the Swedes, his successor is – as he helped secure a great result for his national team without even scoring a goal in the match.

Alexander Isak's second-half performance illuminated a hitherto tough-to-watch match against Slovakia that was heading for a goalless draw until the 21-year-old striker produced a deft flick over the top of the defense.

Substitute Robin Quaison collected the ball and was brought down by the goalkeeper. Emil Forsberg then converted the penalty to give the Swedes a 1-0 victory Friday and, quite possibly, a place in the round of 16 at the European Championship.

Isak, the son of Eritrean parents who moved to Stockholm in the 1980s because of the long civil war in eastern Africa, also came close on two other occasions in a second half that was a huge step-up from the first.

Yet the way he almost single-handedly turned things Sweden's way was impressive for a young player who is in his first major tournament after a breakthrough season at Spanish club Real Sociedad. There, he is nicknamed "The Swedish Messiah."

"Sometimes AIexander had to do things all on his own," Sweden coach Janne Andersson said.

Like his mazy, crowd-pleasing dribble soon after halftime that began just inside his own half, that saw him drift to the left while beating two Slovakia players, then cut in for a shot that was turned aside by Slovakia goalkeeper Martin Dubravka.

Like the way he rose minutes later to meet a right-wing cross with a header that just cleared the crossbar.

And like the way he darted in front of his marker to flick that delicate pass that led to the penalty. Dubravka got the slightest touch on Quaison's leg as the striker attempted to go around the keeper and it was enough to get the whistle.

Tall and blessed with great technical ability, the comparisons between Isak and Ibrahimovic – Sweden's greatest ever player – are understandable, if perhaps a little premature.

"Don't think there's much doubt that Alexander Isak will attract a lot of attention from clubs across Europe," former England captain Gary Lineker posted on Twitter after the match. "Exceptional talent."

And it was no surprise that Isak was the name being chanted by Sweden's small section of yellow-clad fans behind one of the goals after the final whistle at Saint Petersburg Stadium.

"It's a really big stage I am playing at now and it's a lot of fun," Isak said. "There are a lot of eyes on you.

"The second half was a bit more open and I could attack and create a number of chances. I think everyone realizes that there was just one thing missing today."

That goal eventually came and it gave Sweden four points in Group E, which could be enough to advance to the round of 16 after opening with a 0-0 draw against Spain. Slovakia has three points after starting with a 2-1 victory over Poland, so they may need to get at least a point out of their final group match against Spain in Seville.

Aside from Isak's individual contributions, it felt like a set piece would settle the game played in stifling mid-afternoon heat in St. Petersburg.

There was only one shot on target in the first half and the referee even blew for halftime without playing any stoppage time. That kind of play hardly improved the reputation of Sweden after its ultra-defensive tactics against Spain.

A draw would have been just fine for the Slovakians, who have reached the knockout stage in each of the other two major tournaments they have qualified for since becoming an independent nation in 1993.

Now, after Forsberg's penalty, they still have some work to do.