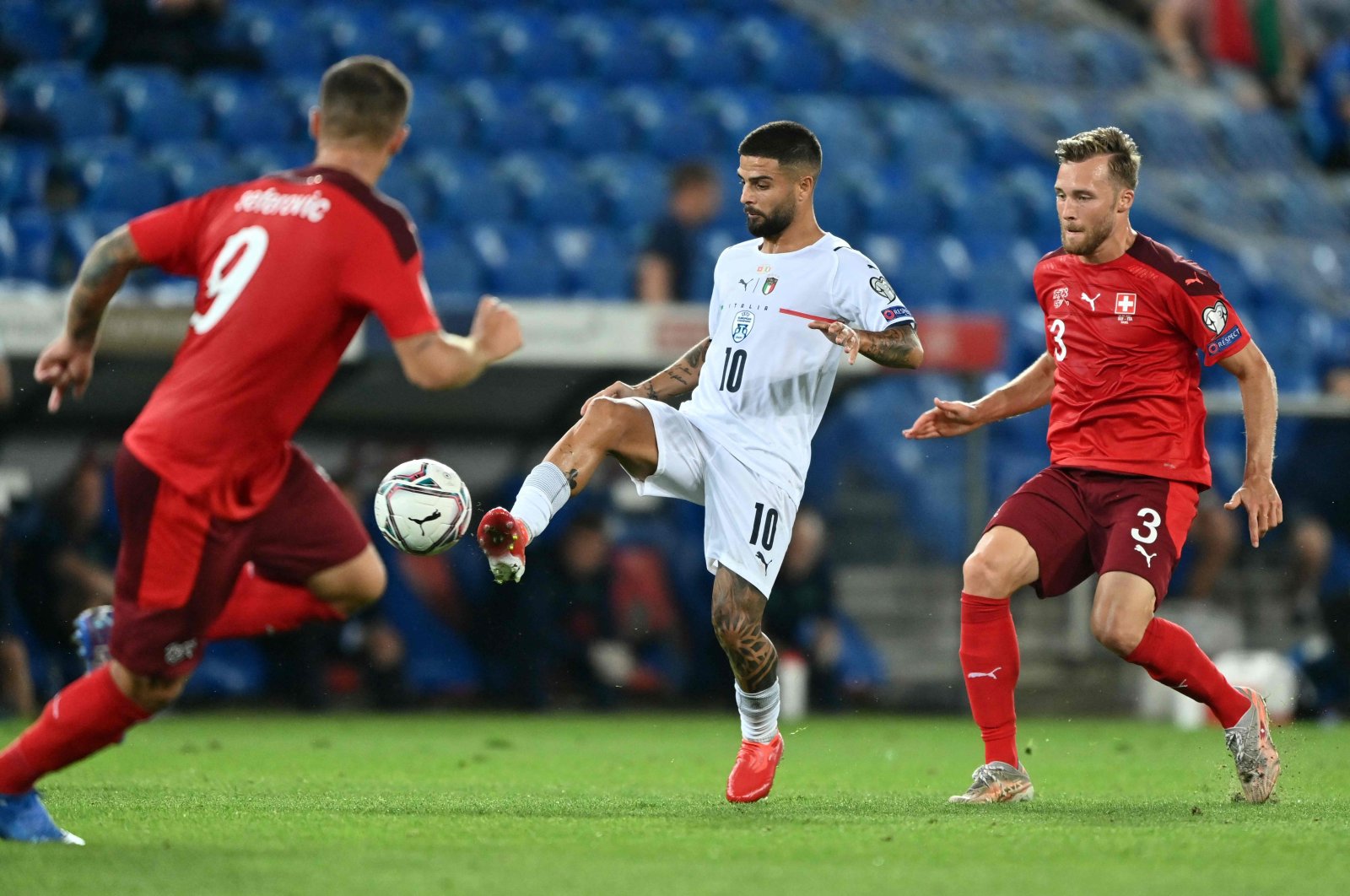 European champion Italy on Sunday set a new world record for the longest unbeaten run in international football, but Roberto Mancini's men probably wished it came under different circumstances since they were held to a goalless draw by Switzerland.

Germany, in the meantime, got its World Cup qualifying campaign back on track by thrashing Armenia 6-0.

"We had too many chances today not to win the match ... We have to be more clinical and more precise."

The draw, however, extended Mancini's side's unbeaten run to 36 matches, breaking the previous mark it shared with Brazil and Spain.

The Azzurri remain top of Group C, four points above Switzerland who has two games in hand.

Italy is bidding to banish the memories of its shock failure to qualify for the 2018 World Cup.

The group winners automatically reach next year's finals in Qatar, with the runner-up heading into the play-offs.

The Germans brushed off the cobwebs of its underwhelming 2-0 win over Liechtenstein in Hansi Flick's first match in charge by thrashing previous leaders Armenia to go top of Group J.

Timo Werner set up Marco Reus, who was recalled by Flick, to put the result beyond doubt before netting himself to complete a dominant opening 45 minutes.

The home crowd in Stuttgart were given a fifth goal to cheer by Jonas Hofmann early in the second period, before the four-time world champions added further gloss in added time through 19-year-old debutant Karim Adeyemi.

It now leads Armenia by two points, with Romania a point further back after beating Liechtenstein 2-0.

A shock home loss to North Macedonia earlier this year had put Germany's qualification in danger.

A much-changed England labored for long periods before seeing off Andorra 4-0 in its first match at Wembley since the Euro 2020 final defeat by Italy on penalties.

Jesse Lingard, who missed out on Gareth Southgate's Euro squad, put the hosts ahead in the 18th minute, but a second goal did not arrive until substitute Harry Kane's penalty 18 minutes from time.

England, for whom Southgate made 11 changes, did enjoy a late goal spree as Lingard netted a second and Bukayo Saka marked his birthday by finding the net.

That goal brought loud cheers from the crowd at Wembley – where Saka missed the decisive penalty in the shootout against the Italians in July.

"He (Saka) got a fabulous reception, before and during the game," Southgate told ITV. "You can see how popular he is with the rest of the team as well."

England has won all five of its matches in Group I and visit Poland, who it leads by five points, on Wednesday.

Spain, who is in danger of not qualifying automatically, thrashed Georgia 4-0 in Badajoz.

First-half goals from Jose Gaya, Carlos Soler and Ferran Torres ensured it would bounce back from a loss to Sweden with a win.

Pablo Sarabia also netted after half-time, but although the 2010 World Cup winner move top of Group B, it is only one point ahead of Sweden who has two games in hand.

Belgium put one foot in Qatar with an impressive 3-0 victory over the Czech Republic which saw Romelu Lukaku mark his 100th cap with a goal.

The Chelsea striker has now scored 67 goals for his country and 50 in his last 50 appearances.

Eden Hazard and Alexis Saelemaekers also got on the scoresheet as Roberto Martinez's Belgium stretched six points clear of the Czechs at the top of Group E.

"I know that if I continue and my body follows, it will get better and better," said Hazard following his first international goal since 2019 after suffering several injuries.

Wales is only a single point further back, having played two fewer matches, after Gareth Bale scored a hat trick, including an injury-time winner, in a dramatic 3-2 success over Belarus in Kazan.