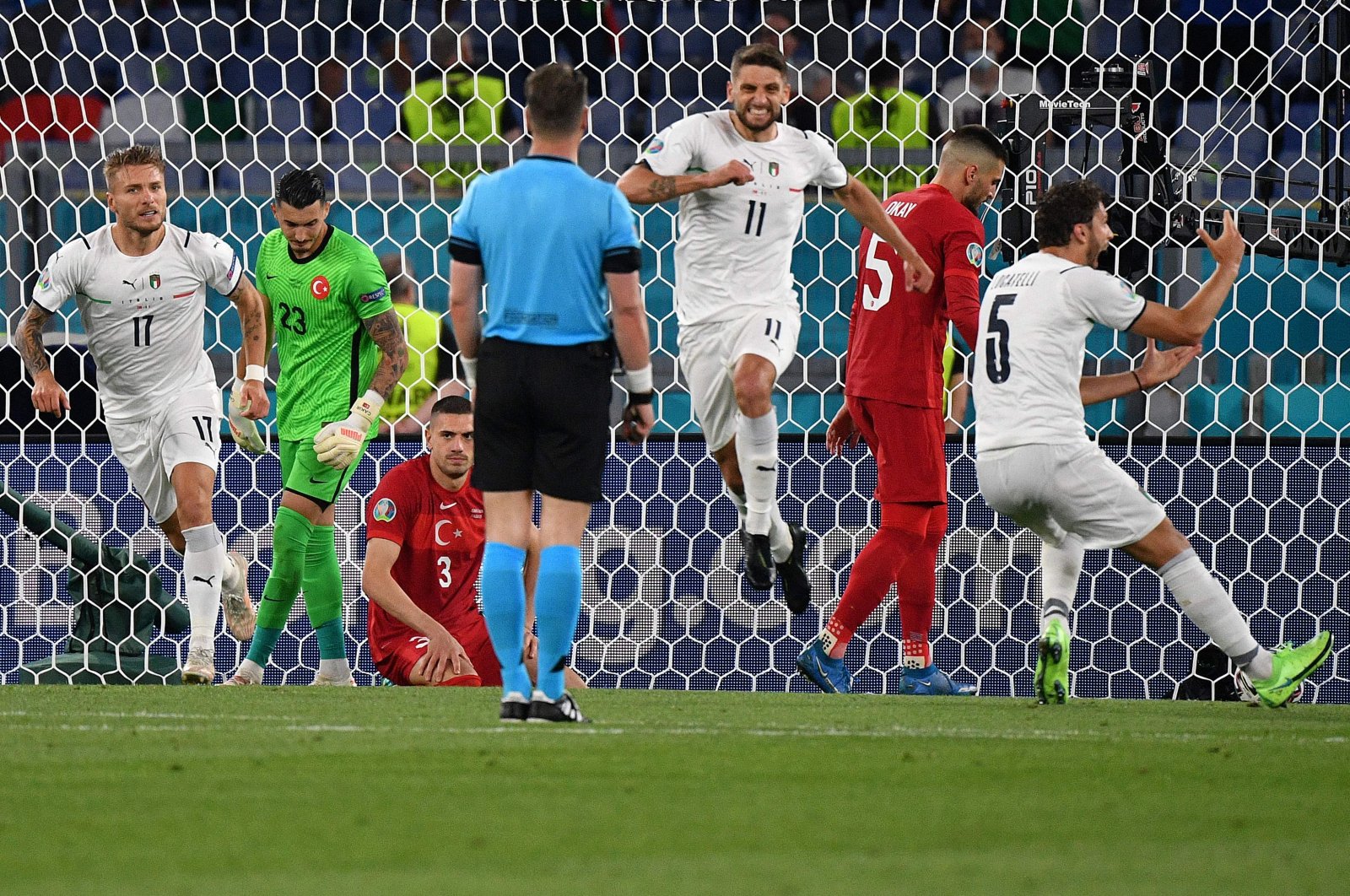 European heavyweights Italy got a head start in Euro 2020 late Friday with a 3-0 victory over Turkey.

Italy had a strong start to the Group A match as Napoli winger Lorenzo Insigne missed a goal-scoring opportunity in the 17th minute.

Five minutes later, Turkish goalie Uğurcan Çakır pulled off an incredible reflex save on a header from Giorgio Chiellini.

Çakır made another save to deny Ciro Immobile in the 43rd minute.

The match was pretty much dominated by the Italians’ heavy press, even though they failed to score a goal in the first half.

Italy’s opener was an own goal by Turkish defender Merih Demiral at the 53rd minute.

At the 66th minute, the Azzurris' found a second goal as prominent forward Ciro Immobile sent the ball to the nets.

Lorenzo Insigne concluded the score as 3-0 on the 79th minute with a close-range shot.

Turkey face Italy, Wales and Switzerland in Group A at the June 11-July 11 tournament, led by captain Burak Yılmaz who played a key role in Lille winning their first French Ligue 1 title in 10 years this season.

The Turks’ best international performances include a semifinal appearance at Euro 2008 and a superb third-place finish in the 2002 World Cup, led by current team coach Şenol Güneş.