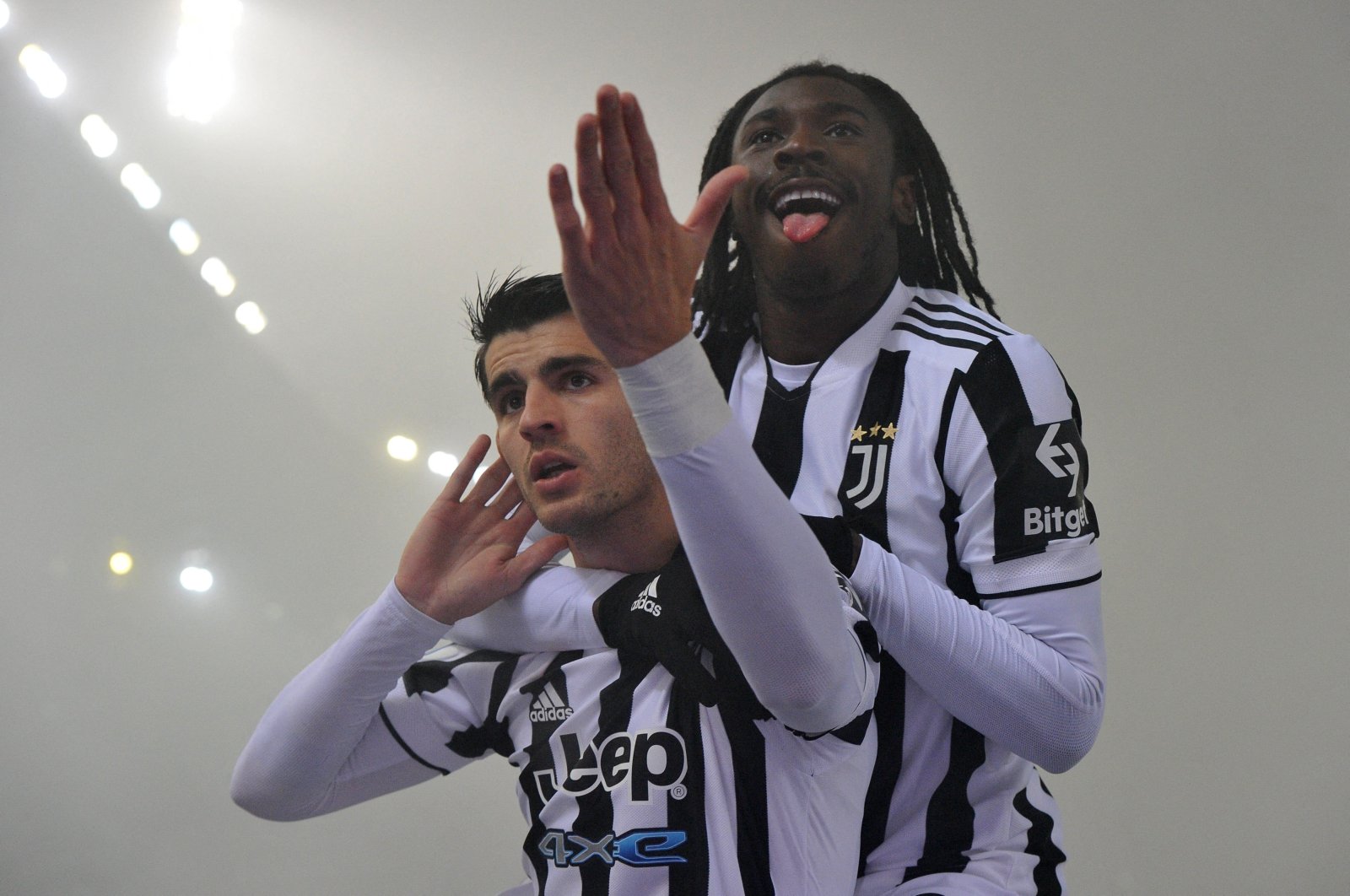 Struggling Serie A giant Juventus boosted its chances of playing in the Champions League with a hard-fought 2-0 win over Bologna, while Jose Mourinho's Roma thumped Atalanta 4-1 in a show of force Saturday.

Goals in each half from Alvaro Morata and Juan Cuadrado ensured that Juve joined Roma at five points from the league's top four positions.

Massimiliano Allegri's side came away with the three points following a dogged performance at a ground that has proved tough terrain for some of Serie A's leading sides and was enveloped in thick fog for almost the entire match.

Juve sits a sobering 12 points behind champion and league leader Inter Milan, who crushed Salernitana 5-0 earlier Friday, but while a title challenge is almost certainly out of the question this year, a place in Europe's top club competition is something it can fight for.

How far it sits from that target come the end of the weekend depends on how injury-hit Napoli fares at fellow title-chaser AC Milan on Sunday night.

Luciano Spalletti's team is fourth but can go second with a win in northern Italy.

Currently third and a further point ahead of Juve and Roma is Atalanta, despite being hit by a classically clinical performance by a Jose Mourinho team.

Juventus won in a similar style to Roma, with Morata pinching the lead for the away side on the break in the sixth minute, the Spain forward finishing after launching the attack and blasting home after a give-and-go with Federico Bernadeschi.

Juve was on the back foot for much of the match and home fans were ready to celebrate an equalizer in the 22nd minute when Mattias Svanberg lined up a bicycle kick from Mark Arnautovic's deflected cross, but the Swede's acrobatic effort flashed just wide.

After defending for the best part of 25 minutes from the start of the second half, Colombian Cuadrado sealed the win with a long-range strike, which took a wicked deflection off Aaron Hickey.

England international Abraham opened the scoring with less than a minute on the clock at the Gewiss Stadium in Bergamo and, late on, rounded off coach Mourinho's biggest win since he returned to Serie A with a deft first-time strike to take his league tally to six for the season.

"What a win, what else can I say A lot of people doubted us today but this is by far one of the best wins we've had this season," said Abraham to DAZN.

Gian Piero Gasperini's side is six points behind Inter after being defeated by a Roma team, whose goals came from five shots on target after having less than 30% possession and no corners.

"There was a great spirit. It's clear that playing against Atalanta you can never be in control of the match for 90 minutes ... the team was great in every department today," said Mourinho, who won the treble with Inter in 2010.

The match turned during four minutes midway through the second half in which Atalanta had a leveler ruled out by video assistant referee (VAR) for Jose Luis Palomino straying offside after challenging for Duvan Zapata's flick with Bryan Cristante and Smalling then poked home Roma's third.

The decision to rule out the host's leveler infuriated Gasperini who raged to DAZN that the referee told him a Palomino goal had been ruled out even though the Argentine had not, in fact, touched the ball.

"We would then have been level with 20 minutes to go, it's a very different game."