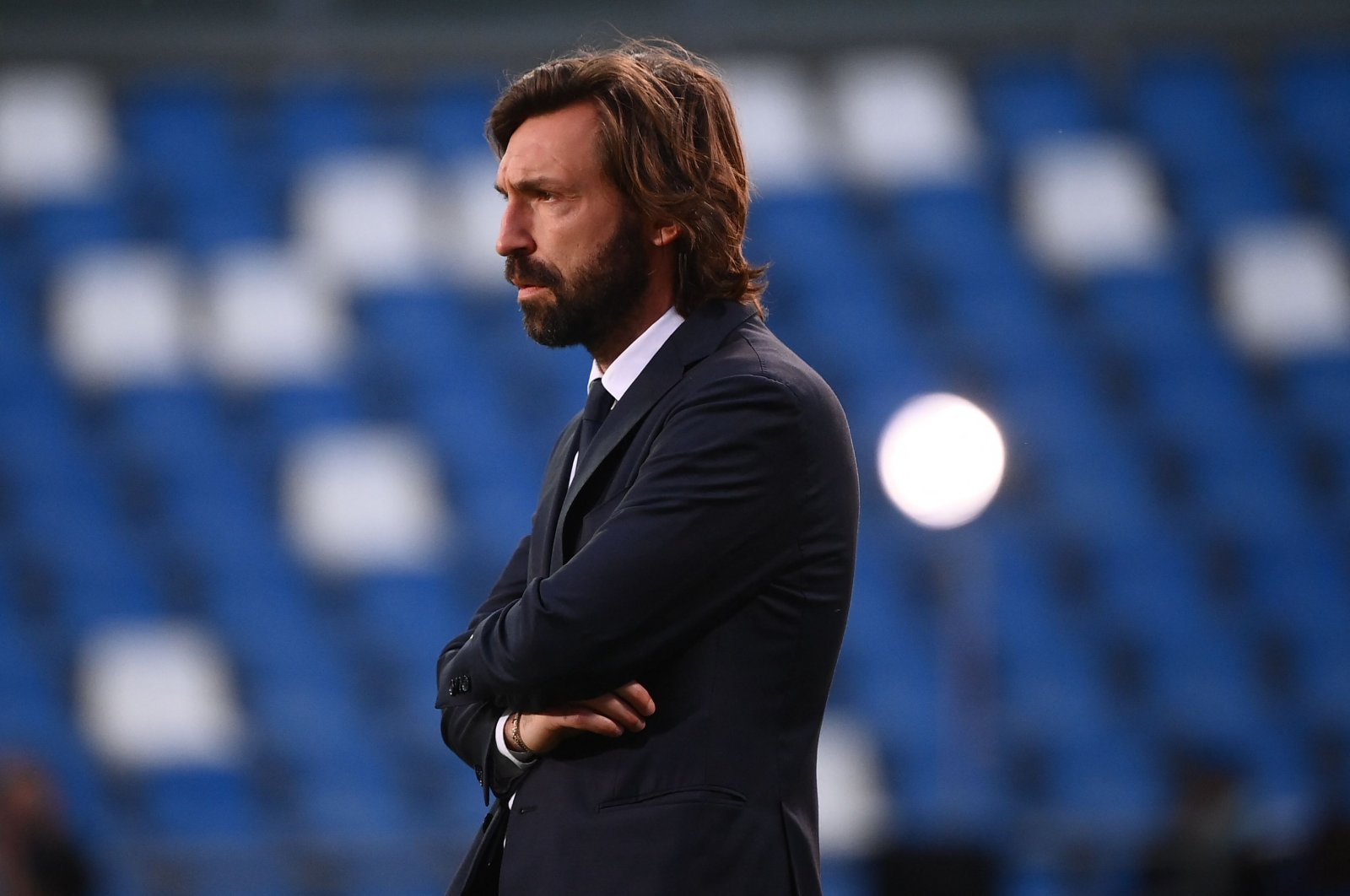 Juventus' Italian coach Andrea Pirlo looks on prior to the Italian Serie A match against Sassuolo at the Mapei-Citta del Tricolore stadium in Reggio Emilia, Italy, May 12, 2021. (AFP Photo)
by REUTERS May 28, 2021 2:03 pm
RECOMMENDED

Juventus on Friday confirmed it has sacked coach Andrea Pirlo after just one season where the Italian giant conceded the Serie A title to Inter Milan.

Pirlo was appointed last summer with no prior coaching experience and could only lead reigning Serie A champions Juventus to fourth place this season, with Massimiliano Allegri expected to return for a second spell as manager.

"For the courage, the dedication, the passion with which he demonstrated every day, our thanks go to the Maestro, the coach and to Andrea, that really comes from the heart," the statement read.

"As well as our good luck for the future that will surely be a wonderful one. These are the first words that all of us need to say at the end of this special experience together."

Pirlo started his first season in charge of a senior side looking to make it 10 successive Serie A titles for Juve, but the rookie coach struggled.

Juve even headed into the final day of the season facing the prospect of failing to qualify for the Champions League for the first time since 2011-12, but victory over Bologna, and other results going their way, saw them scrape in.

While Pirlo did manage to win the Coppa Italia by beating Atalanta earlier this month, Juve's league position, coupled with a second-successive Champions League last-16 exit, put the coach's job in danger.

Allegri won five Serie A titles in a row in his first spell in Turin between 2014 and 2019, as well as lifting the Coppa Italia four times and finishing as Champions League runner-up twice, but he has not coached since.