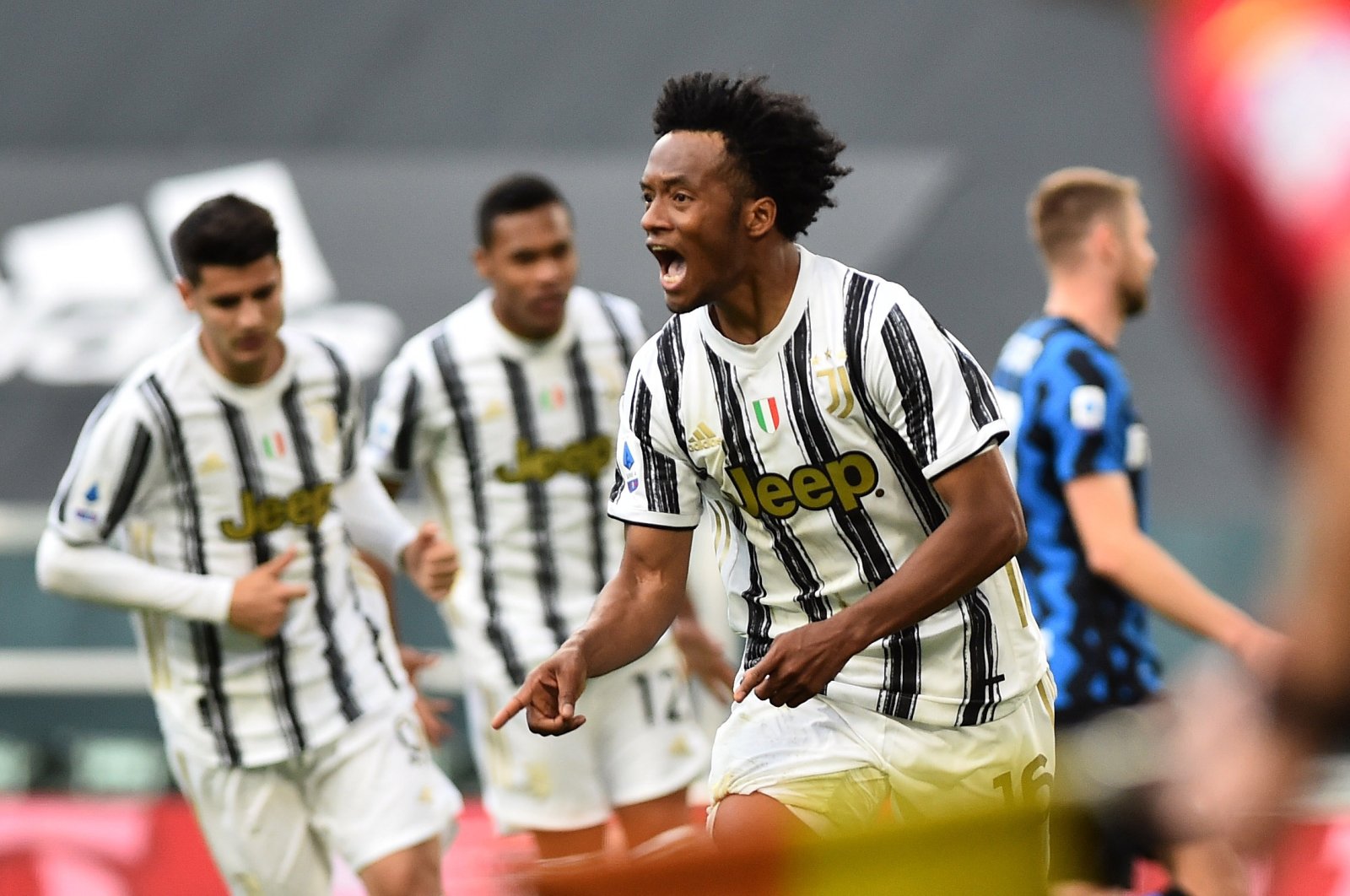 Atalanta clinched its third back-to-back Champions League qualification in Italian Serie A as dethroned champion Juventus released a sigh of relief for the same goal in a victory over its successor Inter Milan.

Juan Cuadrado scored a double as Juventus kept its Champions League qualification hopes alive with a 3-2 win over Serie A champion Inter Milan on Saturday despite spending most of the second half with 10 men.

The result lifted Andrea Pirlo's side into fourth place with one game remaining, although Napoli will knock the Turin club back into fifth if it beats Fiorentina on Sunday.

Both sides were awarded first-half penalties in a game dominated by VAR decisions. Cristiano Ronaldo scored on the rebound to put Juve ahead after his spot-kick was saved, and Romelu Lukaku scored his penalty for Inter soon after.

Juve regained the lead on the brink of halftime through a deflected Cuadrado strike, but the hosts were reduced to 10 men early in the second half when Rodrigo Bentancur picked up a second yellow.

Inter drew level through a Giorgio Chiellini own goal and Cuadrado responded with the winning penalty on the 88th minute, but there was still time for Marcelo Brozovic to be sent off for the visitors for a second booking.

In Bergamo, Atalanta secured Champions League qualification for a third consecutive season with a 4-3 win over Genoa on Saturday that left the club second in Serie A.

Gian Piero Gasperini’s side has 78 points, six more than fifth-placed Juventus which has two games remaining, but it is guaranteed to finish ahead of the Turin club thanks to a better head-to-head record.

Atalanta will finish as runners-up in Serie A if it beats Milan at home on the final day of the season next Sunday, marking its highest finish ever.

Before then, Gasperini has the chance to win his first trophy as coach and guide Atalanta to its first Coppa Italia triumph since 1963 when it faces Juventus in the cup final on Wednesday.

Duvan Zapata, Ruslan Malinovskyi and Robin Gosens were on target to give the visitors a comfortable lead by halftime against 14th-placed Genoa, who has already secured survival.

The hosts improved after the break as an Eldor Shomurodov strike and Goran Pandev penalty either side of a neat Mario Pasalic finish reduced the deficit, but Shomurodov’s second goal of the afternoon came too late as Genoa fell just short of an unexpected comeback.

Elsewhere, Spezia secured its Serie A safety with a 4-1 win against fellow struggler Torino.

The Ligurian club, which was promoted to Serie A for the first time last season, was 2-0 up at halftime thanks to a Riccardo Saponara strike and M’Bala Nzola penalty.

Andrea Belotti pulled one back from the spot for Toro early in the second half, but an Nzola volley and Martin Erlic header secured a comfortable win.

Spezia is 15th with 38 points, seven clear of 18th-placed Benevento on 31 points, but Torino is still at risk after a miserable week.

Davide Nicola's side was thrashed 7-0 by Milan on Wednesday and have 35 points, but they have two games left, the first at Lazio on Tuesday.

Benevento has a chance to cut the gap to one point when it hosts relegated Crotone on Sunday, before a potentially decisive final-day meeting against Torino next Sunday.